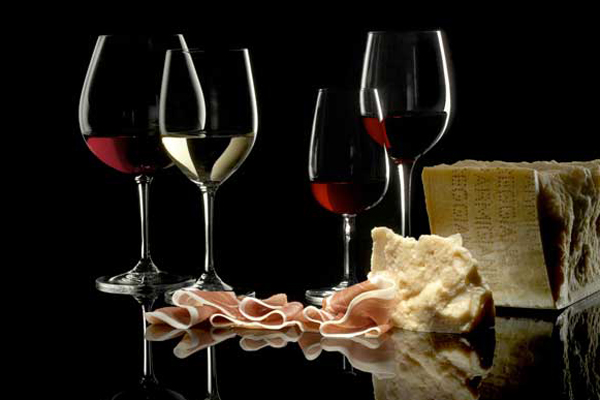 One of my earliest gigs as a wine writer was to write up profiles of some of the world’s hottest sommeliers for the Decanter website (which, at the time, generated far more of its own content than it does now). I had a predictable list of questions of the ‘How did you get interested in wine?’ variety, and I also had to ask the somm for a recipe and a suggested wine pairing.

Even I could see that, by the time the piece had been up on the site for a year, the wine would have evolved – sometimes to a point where the prescribed pairing would be rendered null and void. And that’s without even taking into account the fact that every cook given the same recipe will come up with a slightly different interpretation of the dish. In short, there was little chance that anyone reading the piece would be able to enjoy the same match that the sommelier was proposing.

I soon found myself asking myself a couple of questions that I still haven’t entirely resolved to my satisfaction. The first is: does food and wine matching really matter? The second: how precise does the matching have to be to make it work?

The answer to the first question is simple. It’s yes. And no. Let’s tackle the no first. People who buy their wine like they buy supermarket cereal – in other words, those who treat wine as a mere commodity – are unlikely to be much exercised by the notion of finding appropriate matches for the bottles they buy.

But if you were that kind of person, you probably wouldn’t have logged on to this site. So let’s assume the answer is yes, food and wine matching matters – to some extent at least – and move on to the next question. Just how precise your pairings should be is the bit that really divides opinion. It’s indisputable that some styles of wines just seem to work well with particular ingredients. In the same way that basil provides a vivid counterpoint to sweet, ripe tomatoes or the pungent hit of horseradish brings out the best in slice of rare beef, the stoniness of Chablis harmonises perfectly with the saline tang of an oyster, while the silky red fruit and brisk acidity of Pinot Noir coaxes the best out of a rich roast duck.

Many of my wine writing colleagues aren’t terribly interested in precision pairing and remain content with rough and ready matches based on harmonious flavours and a balancing of the structure of both drink and food. There’s little wrong with that, other than the fact that they may miss out on some truly sublime pairings by employing the rule-of-thumb approach.

At the opposite end of the spectrum are the sommeliers I work with. Some of them are so picky about marrying food and wine together that the preparations for a meal out can turn into a long-winded debate about the nuances of half the bottles on a list and all the ingredients featured on the menu. Even then, most of these culinary nit-pickers would be the first to agree that a pairing made on the basis of menu reading and an imagined rehearsal of a wine’s components comes a very poor second to actually sitting down and tasting wine and food together.

There was a time when I used to cook the food for a regular feature in the now-defunct Wine Magazine. The idea of the article, which was called the Sommelier Challenge, was to send out a recipe to four sommeliers. They, in turn, would nominate two wines to go with the dish, one that would be on a list at under £40 or so, the other would be the no-holds-barred, price-is-no-object wine. Eventually, a group of judges – writers, sommeliers and chefs mainly – would gather in my dining room and we’d taste the wines along with the dishes.

Reading through the list of wines beforehand was always interesting. There were always two or three wines that, on paper, looked like dead certs in terms of pairing potential. Comparing that list of wines to the marks given for matches at the end of the event was even more fascinating. On many occasions, the pairings we thought were most likely to work didn’t – either they just missed or, occasionally, they were way off. Quite often, the most unlikely marriages of food and wines were the most sublime. Over the months and years that I cooked the Sommelier Challenge, it became evident that the best pairings were those where the sommelier had cooked the dish then sat down to taste it with a selection of wines in order to refine the match. The also-rans were, for the most part, the ones who made the pairings on the basis of assumptions rather than experience.

That’s not to say that some of the latter weren’t good matches. They often were, but they lacked the edge shown by the winners. However, it’s pretty safe to assume that most of the pairings were better than matches made by happenstance. There were good reasons why wines with high acidity were better matches for dishes with creamy sauces than wines with moderate acidity. It doesn’t take a brain surgeon to see, either, that the deep spices and mellow meatiness of a tagine, for instance, are well matched by wines with a spicy, meaty element all of their own.

In short, the general rules of wine pairing will stand you in good stead when you’re trying to pick a bottle to go with a particular dish – as will a little bit of imagination when it comes to pairing flavours. If you truly want to find a superlative match, perhaps for a special occasion, you’re either going to have to do some advance work in terms of testing out dish and wines together – or you’re going to have to ask someone who’s done the tasting for you.

Photo courtesy of Discover the Origin