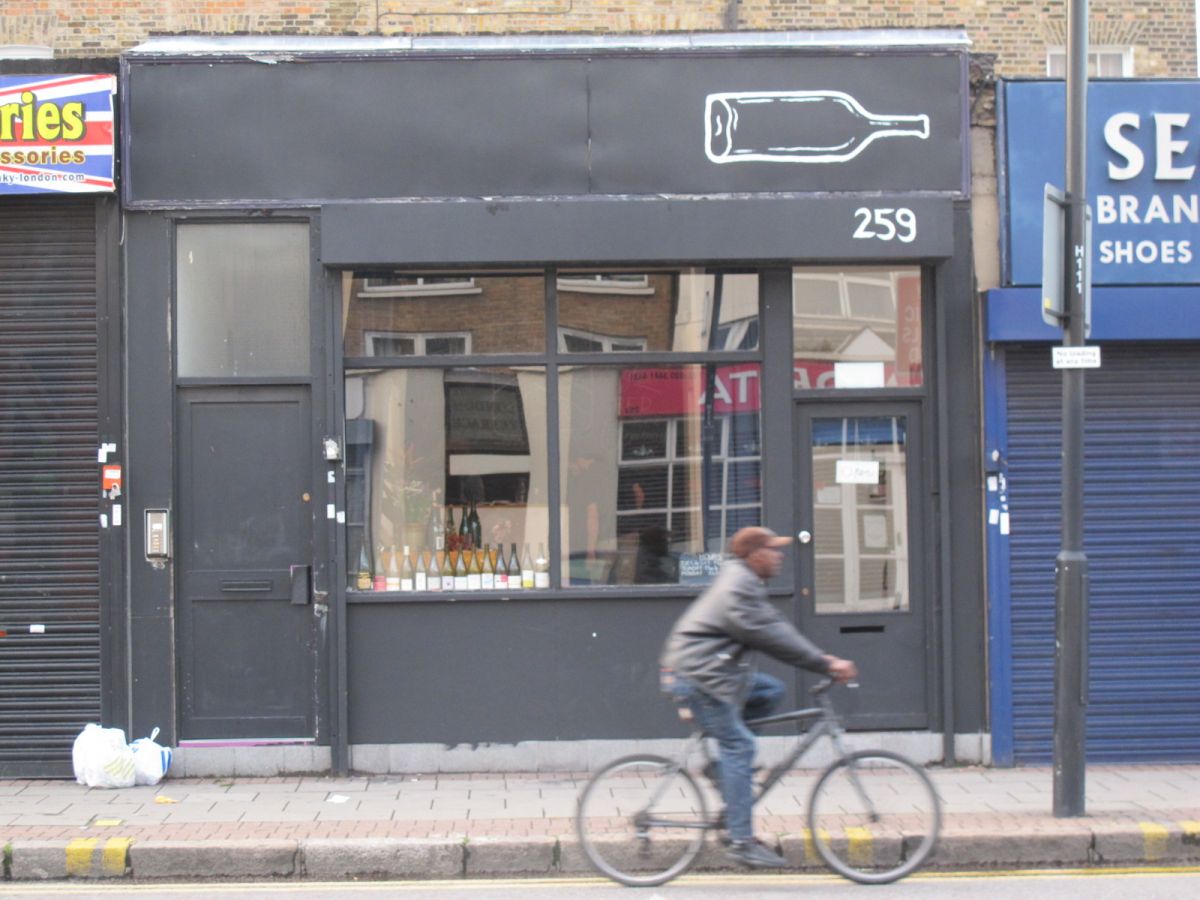 Some interesting things have been happening to the wine shop over the past few years. Evolutionary pressures appear to have pushed it into unexpected territory. Ten years ago, it wasn’t uncommon to buy your wine in a shop served by a 50-something-year-old man wearing at least one of the following: a bow tie, a freshly ironed apron and a faint air of disdain. Sure, such relics are still to be found dotted around the UK, but there are some new places applying creative, modern approaches and plotting an exciting new course.

With the unlimited range and transparent pricing of the internet on one side and the convenience and low prices of the supermarkets on the other, the high street wine shop has found itself in an increasingly untenable position. Travelling to your local store, choosing from their limited selection then bringing the heavy bottles home yourself has become understandably less appealing. Punishing rent and rates on premises have made things even tougher.

The big wine shop chains were the first to fall, their rotting carcasses still strewn around city centres to this day; Unwins in 2005, Threshers in 2009, and the previous incarnation of Oddbins in 2011. Many independent wine shops that weren’t able to adapt have also quietly closed their doors. Those still attracting customers have had to get creative, and provide something that neither the supermarkets nor the internet can offer – a pleasurable experience that is more about enjoying wine than simply purchasing it.

The New Street Wine Shop, which opened this September, is in the heart of the financial district of the City of London. It pretty much defines the modern wine shop: they don’t just sell wine, they also offer small plates of food, wine by the glass and by the bottle (£8 corkage), tutored winemaker tastings and plenty of wines available to taste.

Though in many ways this is a bar as well as a retail outlet, Shop Manager Claudio Martins maintains that they are first and foremost a shop, and the sampling, eating and drinking sides of what they offer are merely “complements”. Nonetheless, they are vital parts of the shop’s overall offering, without which, Martins says, wine shops “are not going to be a big success nowadays – in London or anywhere else.”

The New Street Wine Shop is owned by restaurant group D&D and they have spared no expense in gearing the shop towards the local market of wealthy city workers. The tasting machines are state-of-the-art Enomatics; the staff are trained sommeliers; they have invested in first-class interior design and sympathetic lighting. A “nice and relaxed atmosphere”, says Martins, is an integral part of what they offer.

This top-end spec isn’t always necessary. Not far from the shiny high rise office blocks of the City is 259 Hackney Road, a small wine shop nestled amongst the nightclubs, graffitied estates and fried chicken joints of this East London neighbourhood. It’s a simple space with stripped floorboards and room for a dozen people. A table and a few shelves display their range of 50 or so bottles, a blend of conventional and natural French wines featuring some excellent producers you rarely see elsewhere such as Marcel Juge from the Rhône and Jacques Puffeney from Arbois. Most of it is shipped direct by young owners Florian Tonello and Milena Bucholz.

They have built up a following of regulars who you’d be more likely to meet at one of Hackney’s nightspots than in a traditional wine shop. “We encourage people to follow us on various social media” says Bucholz, “as we don’t do a lot of formal tastings… if we open a bottle we will tweet it or advertise it on Facebook and ask for people to come and try.” Though there are no chairs or tables, you can open a bottle and drink it perched against the bar at no extra charge. They also offer plates of ham or cheese and a single decent Gamay by the glass for £3.50.

Once a month they put on a music night in the basement. “Our jazz nights are simple” says Bucholz, “people can buy a glass or a bottle of wine, take a seat and at 9pm the lights go off and the record goes on. We play one record at a time from start to finish, in the dark, on an audiophile sound system. Pretty much like going to the cinema… It’s about paying respect to the music.”

Over in South London, Market Row Wines has a similarly lo-fi feel. Situated in culturally-mixed Brixton, a long-time desert in terms of wine shops, this small shop was opened by ex-Oddbins worker David Simpson in May. Housed in the heart of Brixton Market, the foodie warren of independent shops, cafes and stalls, he doesn’t need to sell food from the shop. Instead he sets out a few chairs and tables (with seats made of old copies of the Wine Advocate magazine), where you can bring your own food from neighbouring shops. He doesn’t charge a fee (forkage??) but he does charge £5 corkage on any bottle, alongside a few wines by the glass at £3.50 each (Thursday to Saturday only at present).

His small, changing list of wines concentrates on wines that local people can afford (most are priced between £8 and £12 per bottle) and the shop (that he fitted himself) has a very relaxed, informal feel about it. There’s always something open to taste and Simpson describes himself in very modest terms as “a local service provider”.

Quality wines, fair prices and good service have always been the key criteria underpinning the success of any wine shop, but these new shops all understand that this is no longer enough. They also have to offer a more complete wine experience, and one that is relevant to their local community, whether they be lovers of luxury, music or food. Martins from New Street points out that nowadays “people want to taste something straightaway”, something that 259 Hackney Road and Market Row have also picked up on.

All three offer a comfortable setting and relevant context for local people that make wine accessible, easy to explore and enjoy. Casual drinkers can take their time browsing, sampling and shopping under their own steam; wine lovers can discuss new discoveries with the owners over a glass or two. Wine shops were once rather forbidding places where you browsed, bought and left under the glare of the expert owner, uncomfortable for those without in-depth knowledge. But these new shops are different; you no longer need huge knowledge or deep pockets to enjoy a visit and you can taste the wine from the moment you step through the door. The high street is getting exciting again. It will be fascinating to see the direction of future shops, and what new wine experiences they will create to draw us in.