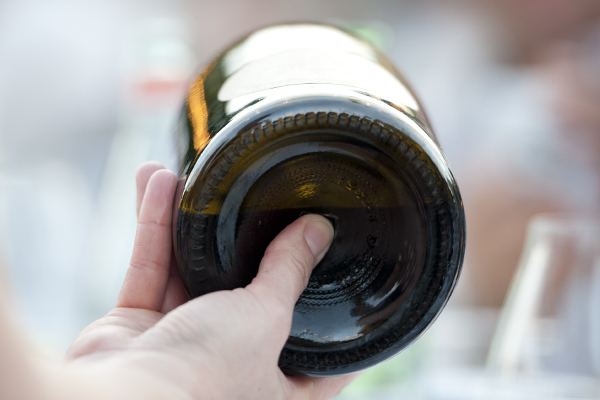 Imagine being a cork salesman in Australia. If you turned up suffering from bubonic plague, a dead rat dangling from each hand, you’d be only slightly less welcome at most wineries. The majority of Aussie winemakers have got it in for cork manufacturers. Screwcap usage hasn’t quite hit 100%, but the rare individuals who choose to bottle their wines under cork are regarded as flat earthers at best and, at worst, the benighted enemies of quality.

The veneration of the screwcap – and the damning of cork – can be taken to ludicrous extremes. I once judged at an agricultural show Down Under where corked wines weren’t given a second chance because “the bloody winery shouldn’t have used an inferior closure to start with”, while several badly reduced wines under screwcap passed without adverse comment.

Given the Aussies’ love of the closure, it’s no surprise that the Maurice O’Shea Award, the industry’s most prestigious gong, was presented to the Australian Screwcap Initiative last week. It’s not the first time the award has gone to a body, as opposed to an individual, since its inauguration in 1990 – the Australian Wine Research Institute (AWRI) is a past winner – but it’s certainly unusual. As far as the Australian trade is concerned, it’s also a declaration of loyalty.

Jeffrey Grosset, the Clare Valley winemaker who accepted the award on behalf of the initiative and was one of the pioneers of the closure in 2000, called the introduction of the screwcap “the most significant advancement in quality and consistency of premium wine in recent times”. French wine is “associated with history, tradition, prestige and quality”, he added, but in Australia “we have the closure…We can supply great wine, they can only offer great bottles”.

Up to a point, Lord Copper, to quote Evelyn Waugh’s novel, Scoop. I’m as annoyed as anyone when the expensive bottle of wine I have nurtured in my cellar turns out to be corked or randomly oxidized, but to suggest that screwcaps are inherently superior to corks seems a little far-fetched. The jury is still out for some wine styles, particularly reds that are built to age in bottle.

Otherwise, the proprietors of classed growth Bordeaux châteaux and fine Burgundies would have switched to screwcaps en masse. Now that Italian producers in DOCG regions are allowed to use alternative closures (except, bizarrely, for their single vineyard wines) it will be interesting to see how many local consorzios give them the thumbs up. My guess is that it will be a while before we see a screwcapped Barolo or Brunello di Montalcino.

How big a problem is cork taint? The International Wine Challenge (IWC) has been logging faults for the last seven years, using the considerable skills of Sam Harrop MW and, more recently, the AWRI. Over that period, the average percentage of corked wines was 2.7%, which is consistent with other major competitions. That doesn’t sound like a lot, but the figure is still too high for the industry.

Cork taint is one of the three most common faults in wine, at least as far as the IWC is concerned, accounting for 26% of our rejected samples. The other two are sulphides (26.6%) and oxidation (25.2%), vastly outnumbering Brett (13.3%), vine stress (1.6%), rot (4.4%) and excessive sulphur dioxide. Oxidation can occur under screwcap and cork (although it’s more common with the latter closure), but sulphides (anything from smells of rubber to cooked vegetables) are much more likely under screwcap.

I am not, I should point out, seeking to condemn screwcaps per se. It’s the winemaking and the viticulture that are the problem, not the seal. As Harrop puts it: “Winemakers choosing to use a technical closure need to look at their winemaking from the fruit all the way to bottling in a more technical manner. They need to ensure that the precursors for the development of mercaptans are managed sufficiently and that dissolved oxygen levels are also managed to suit the variety and the screwcap lining.”

In other words, it takes time and expertise to learn how to make wine bottled under screwcap. It is significant that New Zealand, a small country that communicates and shares its research findings and hands-on discoveries, has the lowest level of sulphide-related faults in its screwcapped wines at the IWC.

The problem with sulphides is that, unlike cork taint, they are not a random fault. When the former occur they are more likely to affect a whole batch, rather than a single bottle, which potentially makes them an even bigger headache. If inexperienced wineries adopt the closure with insufficient know-how – using a tin rather than a Saranex lining with grapes, such as Sauvignon Blanc or Syrah, that are prone to reduction, for example – the fault rate could get far, far worse.

Screwcaps are indeed a great initiative. It’s also right to reward the bravery and hard work of the people who have championed their use, initially at least in the face of considerable consumer opposition. But they are only part of the solution. The fight against wine faults continues.