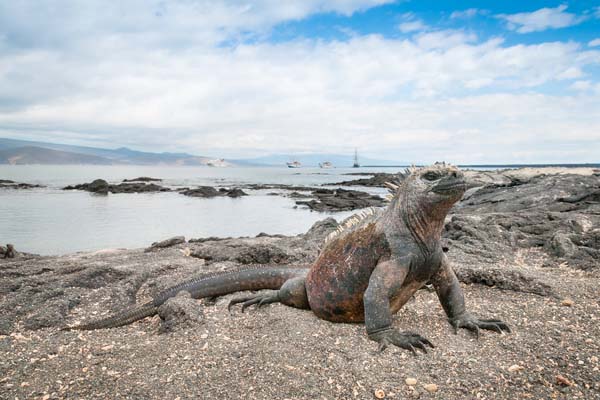 Thank God the food, music and art world aren’t run by the people who run the wine industry. Artists, musicians and chefs are allowed, and even encouraged, to experiment, to explore, to shock and delight. In wine, there seems to be a cultural, legal and commercial conspiracy that dictates how wines are going to taste. Most obviously, of course, there are the proscriptive European laws that, until the recent introduction of Vins de France, effectively prevented producers from stepping outside the list of approved grape varieties for red or white.

There are very good reasons laying down rules for the way Margaux or Meursault are made; consumers buying these wines need to know how they are likely to taste. But why ban a vigneron with land classified as Bourgogne Blanc from blending a little Pinot Gris with his Chardonnay? Provided, obviously, that he labels the resulting wine clearly and makes no pretence that it’s a Bourgogne Blanc. The creation of Vin de France now permits him to do just that, but the chances of anyone experimentally planting an ’alien’ variety in Burgundian soil are as close to zero as they are in Bordeaux.

My problem with this is that it is plainly anti-evolutionary. The global distribution and relative prestige of vineyards and grape varieties has more to do with luck and politics than with decisions made by any kind of Greater Power. If the English hadn’t occupied Aquitaine, created the port of Bordeaux, and subsequently paid Dutchmen to drain the Médoc, would this corner of the south west of France really be such a disproportionate focus of vinous attention? What if the great port of the middle ages had been Marseilles?

It’s often forgotten that the Médoc is not the only malaria-ridden swamp to be turned into a prime piece of vineyard land. The Romans drained the Maremma in Tuscany over 2,000 years ago, but sadly their efforts were allowed to fall into disrepair and this region had to wait until the 20th century to be recognised for its potential to produce great wine. What if the great and good of Florence had paid as much attention to it as they did to Chianti? I’ve seen potentially brilliant vineyard sites in Eastern Europe that might be world famous today if history had taken a few different turns. On the other hand, the Hunter Valley owes its vinous existence to the happy chance of the first fleet having anchored in Sydney rather than Melbourne… I could go on.

There is an absolutist view of history that says that things have to stay the way they’ve aways been. So when I told a highly skilled cook about a ravioli of crab and ginger I’d enjoyed, he said he’d never dream of adding ginger to an Italian-inspired savoury dish because ‘that’s not part of their tradition’. Except of course that, ‘always’ and ‘tradition’ are relative terms. According to Andrew F. Smith’s recent book, The Tomato in America, for two centuries after its arrival from South America, the tomato was thought to be poisonous. While the poor may have experimented with them, far from being part of Italian culinary tradition, cooks preparing dishes for the aristocracy shunned the very idea of having anything to do with tomatoes.The first written reference to an Italian tomato-based sauce dates from the late 1700s.

In the 17th century, you’d also have had a hard time trying to get a dish of pommes dauphinoises, frites or potatoes prepared in any other way in France or Belgium. Widespread planting of that other South American import did not really begin until the early 18th century.

Climate change may oblige the Bordelais and Burgundians to reconsider the current rules that dictate the recipe for their regions’ wines. Until then, while I’ll naturally respect the position of producers who – like musicians who opt to play Mozart on the instruments of his day, choose to follow tradition – I will continue to applaud those who have the curiosity and courage to help evolution along on its way.

But if Europe’s obstinate resistance to innovation is explicable, this is an attitude that is far, far less comprehensible in the New World. Why does it seem to be the highest aspiration of most New World producers to precisely ape wine styles that just happened to have worked in Europe? Why is it well-nigh axiomatic that the only possible bedmates for Cabernet are Merlot, Cabernet Franc and possibly Petit Verdot and Malbec (but almost never Carmenère), irrespective of the soil and climate? Why is Viognier the only white grape to be co-fermented with Syrah?The late great Peter Lehmann publicly recalled having made a better wine in the Barossa using Muscadelle as the partner, but why would anyone else now even consider trying anything that ‘different’ when it isn’t part of the original French recipe? Some of my favourite classic Australian reds have been blends of Cabernet and Shiraz, but this is a combination that seems to have fallen out of fashion in favour of the Bordeaux mixture ordained by the Greater Power.

Curiously, so great is the collective reverence for that combination that its ubiquity often seems to go almost unnoticed. Few of the people who bang on – erroneously – about Michel Rolland making wine that tastes the same wherever he goes make anything like the same kind of fuss about Bordeaux and Burgundy lookalikes. But please don’t misunderstand me. I’m not making common cause with the traditionalists who complain about the introduction of ‘international’ grapes to places where they were previously unknown.

The idea that Turkey’s or Portugal’s winemakers should be sentenced to a future that denies them the chance even to touch a locally-grown bunch of Chardonnay or Cabernet would be just as wrong in my book as banning a Frenchman from playing with Tempranillo or Sangiovese. When we apply this kind if thinking to human beings, we call it apartheid. And, while I’m sure this will be an unpopular view with many wine writers, I’d admit that many of my favourite Turkish wines are blends of indigenous varieties and imports.

The utopian world in which I’d really like to live would include lots of wines like Ken Forrester’s FMC , Mas de Daumas Gassac Blanc, Penfolds Grange, Ridge Lytton Springs, and Vega Sicilia – all of which, whatever the grape variety used to make them, have characters all of their own that owe nothing to any particular European tradition. And it will be a world in which there will be at least a few innovative winemakers who deserve and receive the same kind of attention as experimental chefs like Ferran Adrià of El Bulli, René Redzepi of Noma and Heston Blumenthal of the Fat Duck.