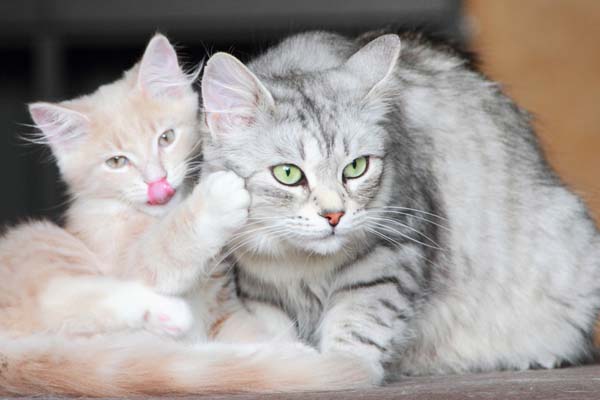 The first rule of the internet is that pictures of cats will beat anything in popularity. I have a writer friend who is pretty big on Twitter. He has 20k followers, which seems very impressive until you realise that his comedy cat account has 90k. On my blog the most number of visitors I had in a day was seven hundred. This was after many retweets, comments and links from other sites. That was the nearest I came to ‘going viral’. If I had posted a picture of a cat on skateboard it would probably have had a hundred thousand views and if the cat looked a bit like Hitler, a hundred million. I say this not to complain but to illustrate a point. People just aren’t that interested in wine writing. Or, to put it another way, they are about a hundred thousand times less interested than they are in cats that look like Hitler.

It’s not just cats, though. People generally respond better to images than they do to words. When I worked in the Headingley branch of Oddbins, our bestselling wine was called Wild Pig. When I moved to the Knightsbridge branch we had a customer called the Duke of Valderano (that was really his title. He even wrote a memoir about his role in the war called the Owl and the Pussycat.) He lived in rather reduced circumstances in a mansion block nearby. He was rather old and found all those stairs a problem, so we used to deliver to him even if he just wanted a bottle of Sherry. He’d always ask for ‘the one with the lovely lady on’ – he meant Valdespino fino which at the time had a saucy flamenco dancer on the label.

We used to make fun of people who asked for ‘the wine with the pig on the label’ (it sounds funnier with a broad Yorkshire accent), but I’m not actually so different. I’m terrible at talking with my fellow wine bores as I find it hard to remember the names of producers. I think this is partly because of a blind spot I have with the French language where the sound bears no relationship, at least in my mind, to the written words. I even started pronouncing the words in an exaggerated English fashion to make them stick – Mug Na Ret for example. But is that Gérard Mugeneret or Georges or Dominque? Damn you Napoleon and your inheritance laws!  This doesn’t just happen in Burgundy either. I’m always getting my Léoville-Bartons mixed up with my Langoa-Bartons. The sheer complexity of wine makes it difficult to grasp and if I, as a drink writer, get confused then what sort of chance does that give your average customer?

Ahhhh, I imagine you’re saying, this is where properly-trained professionals come in, the wine ‘educators’ – which to my mind sounds like somebody employed to deal with dissidents in Maoist China – or the merchants with their wine advisors. But most people don’t want to be educated or advised – they just want something that tastes nice and that they can remember. I think we wine people overestimate how interested people are, even people who buy quite expensive wine, in the whole subject. Yet it’s striking how few wine producers make good use of images to sell their wines. So many bottles have abstract vaguely tribal logos, trees or faux Bordeaux labels with a picture of a château on. How are you supposed to remember them?

At the bottom end of the market, it’s long been understood that animals sell. There’s your Wild Pig, of course, as well as Badger Hill, Goats do Roam and the much-missed Kanga Rouge. They even have a special category in the US – ‘Critter wines’. These are normally Australian reds loaded with residual sugar to make them palatable to non-wine drinkers. Further up the scale, people tend to look down on wines with animals on the label. I’d never buy a wine called Arrogant Frog. But distinctive labels don’t need to be gimmicky. There’s a proud tradition of using images to sell wine. I’m thinking of Osborne in Jerez with their black bulls. And it’s not just animals. Pictures of people can help to sell wine, too: the Sandeman Don, for example, and that lovely lady on the bottle of Valedespino.

The great thing about strong images is that they lend themselves to better marketing. Again this is nothing new. Remember all those black bulls dotted across Spanish hillsides. Currently most wine marketing either says ‘enjoy with friends’ (aimed at women) or ‘our proud tradition’ (aimed at men). Perhaps one day we might have advertising that makes us smile rather than yawn. If I owned a vineyard and was looking to market my wine, I’d put a handsome, portly cat on the label. Just not one that looked a bit like Hitler.

To preorder a copy of Henry’s new book, Empire of Booze, click here.