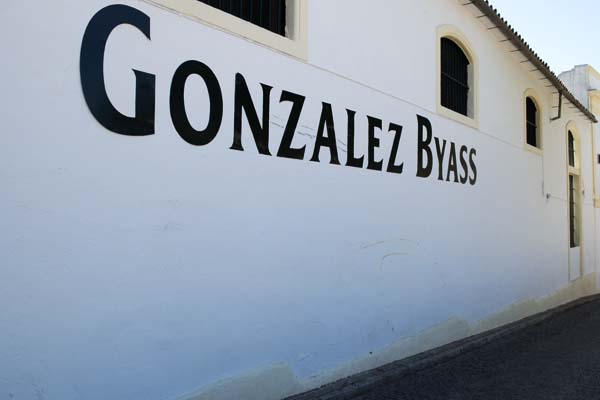 Is Sherry in danger of becoming cool? Outside London, where a new generation of Spanish restaurants and tapas bars is slowly transforming the image of this most traditional of fortified wines, the question would have pensioners spluttering into their Harvey’s Bristol Cream. You might as well ask if Stannah stairlifts and incontinence pads are cool.

But it’s true. Sherry is increasingly fashionable. At Vinoble, a biannual fair held in Jerez to showcase sweet and fortified wines, young sommeliers sporting black #sherrylover t-shirts poured glasses of fino and palo cortado to aficionados who looked as if they had just strolled in from the beach. Whisper it in Weston-super-Mare but a number of them had piercings.

Next week is International Sherry Week, a global celebration that will include events in Australia, Mexico, Germany, Russia, Japan, the UK, the USA and Spain. Add the fact that Jerez is the current European Wine Capital and that Sherryfest is about to celebrate its fifth edition in the United States and you have something that is becoming a worldwide phenomenon.

America is ahead of the game here, particularly in New York. As Peter Liem, co-author of “Sherry, Manzanilla and Montilla” and founder of Sherryfest puts it: “People have embraced Sherry as another wine category and taken it out of the ethnic ghetto.” He also believes that Sherry’s baggage – all that stuff about vicars and maiden aunts – doesn’t apply on the other side of the Atlantic. “We’re starting at zero, while you guys are at minus twenty. Our grandmothers don’t drink Sherry.”

Things are moving more slowly in the UK. We are finally drinking more authentic dry Sherry than sweet cream concoctions, but the latter remain cloyingly popular, especially with older drinkers. Wine writers, sommeliers, importers, retailers and assorted celebrity chefs may be fans, but as Javier Hidalgo of the eponymous Sanlúcar de Barrameda-based house told me, “it hasn’t really translated into sales in the UK. I sold more Sherry 30 years ago than I do now.”

How can Sherry change its fortunes? Apart from waiting for a generation of cream drinkers to join the great trifle party in the sky, which is a little morbid, the answer comes in various forms. Linking Sherry with tourism (and the strong flamenco, flamingos and horse-riding imagery of Andalusia) is one solution, as is portraying umami-rich Sherry, in all its guises, as a fantastic food wine.

But the best way to convince a new generation of drinkers that Sherry is one of the world’s greatest wines, fully justifying its place alongside Bordeaux, Burgundy, Barolo, Rioja, Port, Mosel Riesling and Champagne as a European classic, is surely to emphasise both its diversity and its exclusivity.

Let’s deal with the second part of that equation first. Sherry’s vineyard area has dwindled to around 6,500 hectares. Even at its peak, 20 years ago, it was only 22,000 hectares, which is smaller than Marlborough in New Zealand is today. Put simply, there isn’t much Sherry to round, particularly at the top end of the scale, where mature, solera-aged amontillados, palo cortados and single vintage (añada) releases are often both rare and under-priced.

Sherry’s diversity is harder to explain. I’m not just talking about the distinctions between the main styles – fino, manzanilla, amontillado, palo cortado, oloroso and PX – although those are significant. Nor am I referring to the way Sherry is made and aged in Jerez, Sanlúcar de Barrameda and Puerto de Santa Maria.

What Sherry needs is to go back to its roots. This will involve challenging three pieces of received wisdom. The first is that Palomino, the main grape in these parts, has no real character. It is certainly a subtle, nuanced variety, but is not as bland as some insist. You only have to taste a bottle of the 2012 Navazos Niepoort table wine, made from unfortified, flor-aged Palomino, to appreciate that good examples have plenty of personality.

The second idea to question is that vineyard origin is all but irrelevant. To take one example, in the 19th century, Macharnudo Alto was as famous as Clos de Vougeot or Bernkasteler Doctor and remains an outstanding site today. Factors such as vine age, the depth and quality of the soil (and its limestone content), proximity to the Atlantic, aspect and altitude are all important. As Sherry authority Jesús Barquin, argues: “You can’t convert rubbish grapes into great wine via a solera.”

The final thing to query is the over-riding role of the solera system itself, with its famous process of fractional blending. In the long history of Sherry, this is a comparatively recent invention, created out of a desire for homogeneity. “Until the end of the 19th century,” says González Byass’s master blender, Antonio Flores, “Sherry was vintage dated.”

There are a few such bottlings on the market today, but for Sherry to take the great leap forward, it needs to imitate Burgundy rather than Champagne, by emphasising vintage differences, its best vineyards (pagos) and the quality of its raw material as well as the transformation that takes place as a result of biological (under flor) and oxidative ageing in the solera system. Only then, will Sherry get the universal recognition it deserves.