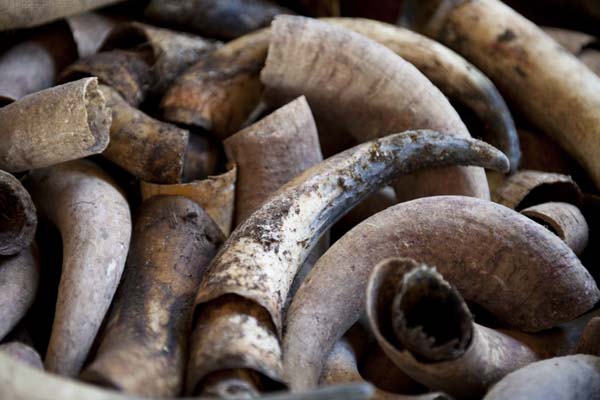 A couple of weeks ago, Jamie Goode published an article on his blog, WineAnorexic (“Tragically Thin Opinions About Wine”) in which he bravely expressed his “unfiltered opinions on the world of wine.” These candid and daring opinions included his risky declaration that he just doesn’t really like Bordeaux any more, the incredibly brave admission that high-end Chilean wines suck, and the startling confession that he doesn’t much care for most Rioja. Oh, and he takes the unbelievably controversial position that most wine bloggers are not journalists. My, my, his fearlessness is breathtaking. This is the kind of candour and insight I expect only from the most reliable and respected truth-tellers, like Ouija Boards and fortune cookies. The wine business could use more of this sort of insight. Though how many of us have the simple courage to say that cheap Aussie wines are crap? Well, all of us, but you get my point. It was really brave for him. Kind of like when you’re four and you finally put your head completely under water.

However, all that journalistic bravery aside, it did get me to thinking about my own unfiltered opinions, which I call Natural Opinions because I express them with minimal intervention, and they often have a foul odour. I expect that many of my Natural Opinions will shock the average wine consumer. But they’re just my opinions, and, well, like Mr. Goode, I’ve given them very little thought. Opinions are like cockroaches — once you turn a light on them, they just disappear and breed more. It’s best to just leave them in the dark and pretend they’re not really there.

I don’t really like wine and food together. People say that wine and food make each other better, but I think they’re like foreplay and intercourse. There’s too many damned rules that I keep forgetting. And I like them both, but when I serve them at the same time, I don’t know what to put in my mouth next. It’s just so confusing. I don’t want to think about what wine to serve with fish. I just want to eat, not conduct chemistry experiments in my mouth. What if I get some kind of Coke and Mentos reaction and I foam all over the place like James Suckling on a Tuscan wine junket? That’s not attractive. Food and wine pairings never really work anyway. Why? God didn’t intend wine to accompany food. Wouldn’t they serve more than wafers with it in church if that was His will? Simply put, you don’t match your wine with food, you match your wine with your budget. Eat cheap food, buy better wine. This seems so obvious to me.

Every wine competition is badly run. Everyone in the business knows this, but nobody says anything about it. First of all, the judges are appointed. So it’s like the United States Supreme Court — a bunch of old farts who think they know everything, and whose opinions have no repercussions for them. Wine competition judges should be elected. I’d vote for my Uncle Leo, who knows almost nothing about wine, but nobody’s tasted more cheap wine than he has, and cheap wine is what’s in most wine competitions. I don’t want vastly overqualified wine judges, like MWs, judging wines for me. Why would I? I don’t want book recommendations from some Oxford Literature Professor either. Don’t you get the feeling that buying a Gold Medal wine from the IWC or the Decanter World Wine Awards is like taking John Milton along for your next airplane flight? There might be pleasure there somewhere, but it’s way too much work to find it. Whereas Uncle Leo recommends the latest John Grisham.

And another thing, shouldn’t wineries entering the competitions enter the wines for specific medals? They know better than anyone that their wine is only barely a Bronze, though they’ll happily take Gold if the Supreme Wine Court Justices rule 3-2 on their behalf. Competitions should force the wineries to choose which medal they are applying for, and charge accordingly. €50 to apply for a Bronze, maybe €80 to see if your wine is worthy of Silver, and if you want a Gold Medal, Baby, if you want the recommendation of this foolproof and august body, you’d better be willing to wager €200. What, not confident? Just hoping to get lucky, catch a panel sleeping? Nope. Put up or shut up. All of my suggestions would make wine competitions far more valid. As they are now, wine competitions are like early pregnancy tests — you just keep taking them until you get the result you want. It only costs you piss.

I think there should be more. What better way to drive down the price of wine than to have more fake wine on the market? With a little persistence on the part of the forgers, we could see the day when 1947 Cheval Blanc might sell for €80! Would it be real? Oh, now you suddenly care? Why is now any different? You just want to say you had 1947 Cheval Blanc, since when do you care if it’s the actual wine Cheval Blanc produced at the time? You watch big screen movies on your stupid little iPad and claim you saw the film. How is that different? You can’t tell. And, not only that, why do we burden the poor wine auction houses with feeling like they have to authenticate the wines they sell? They’re just trying to make a living. If it’s good enough to fool them, and BurgHound, and Jancis Robinson, hell, it’s good enough to fool me. And if it means the prices drop, and the wines are easily obtainable, then I’m all in! Rudy Kurniawan should definitely be teaching prison workshops.

I don’t like wines with terroir. Well, that’s not quite true. It’s like Brett. I don’t mind a little terroir in my wine, but too much, and I think it’s a fault. Every time a winemaker tells me his wine perfectly expresses the vineyard’s terroir, I know the wine is going to suck. I’m going to have to wade through all that muck just to get to the fruit. I don’t want it to taste like where it’s from, I want it to taste good. I don’t want my strawberries to taste like the sweat shops that are the patches where the exploited Mexican people pick them. Terroir just gets in the way of wine’s enjoyment. Like I don’t want to read a novel that’s a parable. Can’t you just write what you mean without all kinds of weird allusions and symbols? Terroir is like that, it’s all just made up allusions and symbols that obscure meaning, not illuminate it. Terroir is like the curtain in “The Wizard of Oz” — behind it is just some quack manipulating you with fake omniscience. And he’s assuming you have straw for brains.