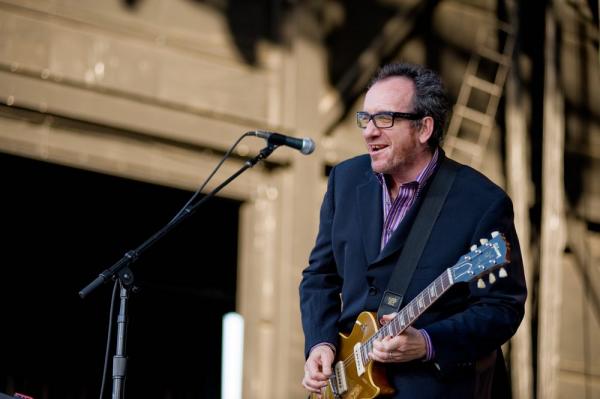 So many celebrities – and celebrity winemakers – have died this year that it was easy to miss the recent passing of Alvin Toffler. Alvin who, some of you may ask? The author of the 1970s bestseller Future Shock became more famous for his catchphrase, “information overload”, than for the body of his work, but his predictions about the “dizzying disorientation brought on by the premature arrival of the future” have proved all too accurate.

In a world where “value systems splinter and crash”, where “the lifeboats of family, church and state are hurled madly about”, the result, for many, is bewilderment and disorientation. This was partly responsible for the Brexit vote – Toffler was no fan of the European Union either – with its mistrust of experts and mainstream politicians, and it’s a feature of the Trump phenomenon, too. Both movements include elements of nostalgia for a time of greater certainty.

Can you apply Toffler’s thinking to what’s happening in the wine industry? Well, as a judge who has just spent several synapse-scrambling days reading through the entries for the on-line category of the 2016 Louis Roederer Awards, I can certainly empathise with the notion of information overload.

Too much of what is written about wine these days is underwhelming, unoriginal and ill informed, with personal opinion a poor substitute for knowledge and research. And yet the engaging stuff is better written than ever. The jewels glitter more brightly amidst the morass of mediocrity.

Information overload occurs on wine shelves, too. Consumers are bewildered by the sheer quantity of styles available to them – it’s arguably one of the reasons why supermarkets are reducing their ranges – but the wine trade has not understood how daunting so much choice can be. The way we talk about wine is still recondite or off-putting to many non-professionals and has barely evolved in the last 20 years, if you discount the widespread use of the 100-point scale.

Some of the most interesting pieces I read for the Roederers were about circumventing conventional winespeak by using images or pieces of music to “describe” aromas and flavours. It may be true that all attempts to capture the essence of something ineffable are like “dancing about architecture”, to borrow Elvis Costello’s famous dismissal of music criticism, but it’s worth a go. If we don’t engage consumers we shouldn’t blame them if they are unwilling to look beyond Pinot Grigio and cut-price offers.

What about Toffler’s point about disorientation and the premature arrival of the future? It’s hard to say precisely what that future entails – climate change, conflict and potential trade wars are all part of the mix – but with the pressure on margins at every point of the production chain, further economies of scale are inevitable. One of the ironies of the post-industrial age is that it has produced more industrial wine. Future shock indeed.

And yet there’s a growing counter culture, too. The natural wine movement is the most extreme response to the creeping industrialisation of wine. It’s a return to first principles – primitive principles in a sense – or, if you prefer, a rejection of the notion that wine should be predictable and easy to understand. Potentially faulty wines aren’t for everyone, but they are certainly not conservative.

This is not the only example of how the wine world is changing around us. Organics, biodynamics (more primitivism, as well as elements of good farming), ethical trading and a greater focus on terroir in areas that have previously concentrated on pan-regional blends are all part of this move away from the mainstream. At its margins, the wine business is more interesting than ever, although this can add to the diversity of choice, creating more information overload in the process. To the initiated and the curious, this isn’t a problem.

Increasingly, the same goes for the uninitiated too. Social media, apps, You Tube, educational websites and live events are all changing the way that consumers navigate the complicated world of wine. The subject is becoming less daunting by the day.

Alvin Toffler was sometimes described as a pessimist, yet that is unfair. He recognised that we are facing “the deepest social upheaval and creative restructuring of all time” and saw this as an opportunity as well as a threat. “Change,” he wrote, “is the process by which the future invades our lives”, adding that “if we do not change the future, we shall be compelled to endure it”.

Like so many industries, the world of wine is in flux right now. But that’s not necessarily a bad thing. To take only one example, climate change may force winemakers to plant new varieties in new places. Even without that, more and more people are pushing boundaries and challenging the status quo, however powerful and entrenched that may be.

They deserve our support. Our challenge, as Toffler wrote, is “to begin with ourselves, teaching ourselves not to close our minds prematurely to the novel, the surprising, the seemingly radical”. If that’s truly the future, bring it on, I say. All we have to do then is persuade consumers to drink it.