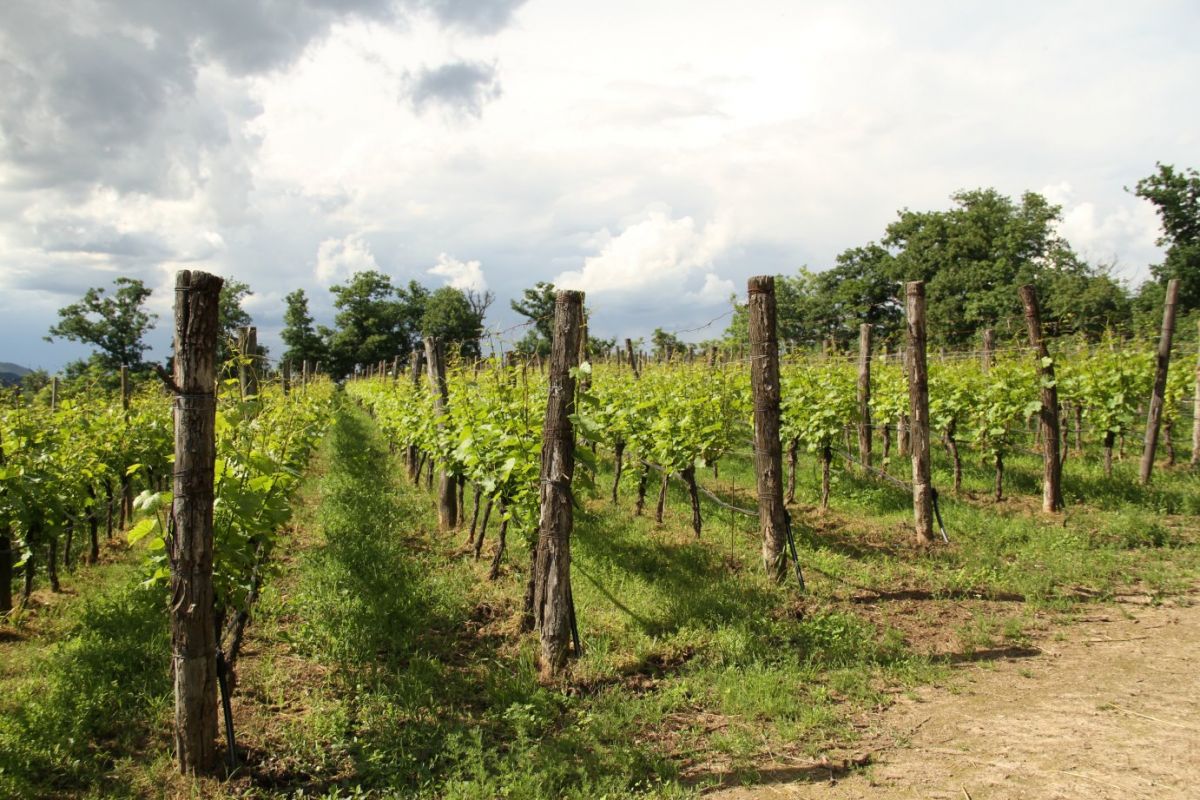 When was the last time you had a glass of Uvalino, Limniona or Österreichisch Weiss? Possibly not so recently, if ever – all three grape varieties are on the critical list, having been rescued from near extinction by passionate winemakers and growers.

These are just some of the more extreme examples from an ever-increasing roll call of obscure and almost forgotten Vitis vinifera cultivars. If you’ve glanced at Jancis, Julia and Jose’s impressive “Wine Grapes” tome, you’ll know there are still almost 1,400 grape varieties in commercial production – notwithstanding that “commercial” in some cases means a single producer. However the world’s wine regions and retail shelves are dominated by a mere 20.

The global takeover of versatile, hardy varieties like Cabernet Sauvignon, Merlot and Chardonnay has drastically reduced diversity, both in the vineyard and consumers glasses.

Does this matter? Evolution is surely about the survival of the fittest – and if Chardonnay is planted everywhere from Chablis to Chile, that’s because it mostly delivers reliability, consistency and profitability. But there are problems with the increasing encroach of “international varieties” that go beyond a lack of variety in the glass.

This July, a group of almost 60 experts gathered in Porto for the first Wine Mosaic symposium, to discuss the issues and potential ways to promote and preserve our grape heritage. Formed by French academic-turned-retailer Jean-Luc Etievent, Wine Mosaic invited winemakers, researchers, journalists and wine trade representatives to contribute their thinking. The aim is for the project to act as a mouthpiece and pressure group – “Militer pour la Vinodiversité” as Jean-Luc puts it. 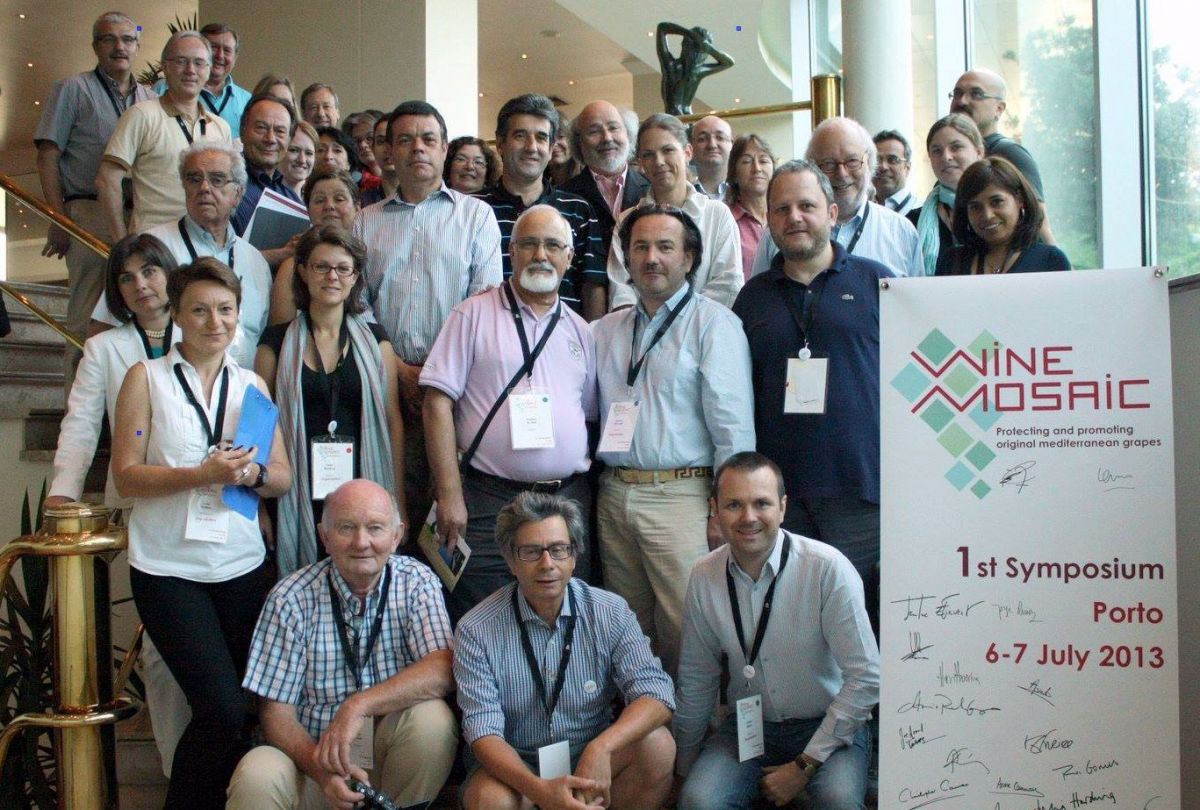 Biodiversity is vital to ensure the longterm health of any species. Europe’s vineyards were almost completely wiped out at the turn of the 20th century, by the phylloxera louse. Only the existence of native American varieties saved them (the vast majority of vines the world over are now grafted onto phylloxera-resistant American rootstocks). It’s difficult to predict what pestilence or catastrophe might lie round the corner for Vitis vinifera, but the more diverse and varied the existing plant material, the better the chances of survival.

There’s also a historical imperative to preservation. As we learn more about the lineage of grapes, thanks to DNA profiling techniques pioneered in the last 20 years, it can be frustrating to discover that large parts of a variety’s family tree are no longer extant. Thank goodness that someone is still growing and vinifying Österreichisch Weiss – this apparent obscurity just so happens to be one of Sylvaner’s parents.

Jose Vouillamoz, one of the world’s leading authorities on grape genetics, explained how precious this heritage is : “Just over 1000 varieties cultivated today are the result of natural, spontaneous crosses that happened in vineyards over the centuries. It will never, ever be possible to recreate these varieties, simply because crossing the same parents twice never gives the same progeny”.

Beyond research and the history books lies a much more basic problem – it’s boring to drink the same wine all the time. Over the last couple of decades, the UK has seen an explosion in micro-breweries, artisan cheese and cured meat production. Julia Harding rightly drew parallels with these developments when she talked, at Wine Mosaic, about the small but growing niche who are seeking adventure and authenticity. But wine still struggles to get out of the Pinot Grigio rut – something not helped by the predictability of most supermarket offerings.

There are signs of change in the UK, as small specialist wine merchants spring up in the gaping maw left by the demise of our high-street off licenses (honourable mentions to Oddbins and Majestic notwithstanding). But it’s troublesome that many still regard the grape variety as brand – “I fancy a Sauvignon Blanc tonight” or “how about a glass of Shiraz with that?”. Perhaps the French were right all along, in their insistence that it’s not the grape variety that should take top billing, but rather the “terroir” (that slippery term that somehow combines climate, aspect, soil and whatever else might be under the winemaker’s toenails).

We may already be stepping away from the abyss of monoculture. A number of impressive projects were presented at Wine Mosaic, demonstrating that winemakers and regional governing bodies are increasingly aware of the need to protect and foster the lesser known, the neglected and the endangered.

In Sicily, Planeta are actively engaged in replanting lapsed varieties indigenous to the island. This isn’t easy, as oenologist Patricia Tóth reminded us: “It can take anywhere from 10-15 years to propagate new vines from a previous surviving cutting, and get them to the point where they can go into production”.

Clos Fornelli’s Josée Vanucci-Couloumere told the heartening story of how Corsica’s indigenous Biancu Gentile has been saved from near extinction in the 1980s, thanks to winemakers like herself. The Corsican Research Institute for Vines & Wines (CRVI) is the producer-lead organisation that has made this possible. There is still work to do – the grape had become so rare that it is no longer permitted in AOP wines, and must be bottled as a lowly Vin de France.

Santorini is famous for intense white wines from the Assrytiko grape, but Paris Sigalas (Domain Sigalas) also introduced us to the island’s 14 lesser known native varieties, which together make up only 30% of the vineyard surface. We tasted the Sigalas Mavrotragano, a spicy, piercingly fresh and individual red wine that showed great potential.

That individuality is important: If wine is to retain its ability to thrill, surprise and challenge, we need varieties like Mavrotragano. Diversity is vital. Projects like Wine Mosaic have an important role to remind the industry that it must look beyond the this year’s profit, or there might not be much of any interest left for the future.

If you want to receive updates about the Wine Mosaic project, or get involved, check out their facebook page or the website: http://www.winemosaic.org/ (at the time of writing, the facebook page is more active).