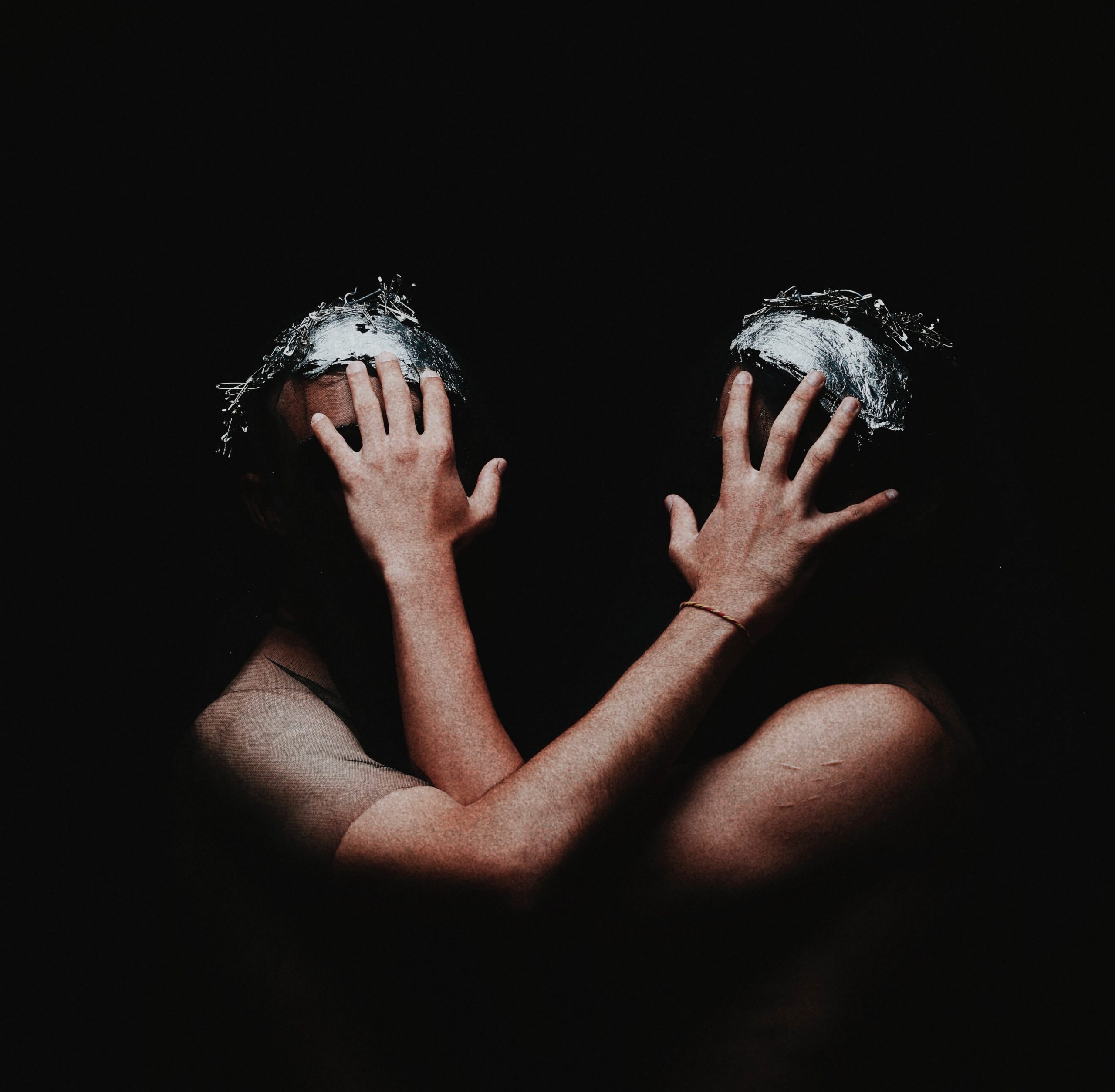 The festive season always reminds me what an absolute hold wine has over the public imagination. It is the time of the year when everything wants to be fermented grape juice. Vodka transmutes from the anaesthetic of choice of the less well-equipped dentist to an array of flavours. Tea discovers, no doubt to its great surprise, that it possesses an aftertaste beyond tannin. You are meant to smell a piece of salmon and not go “yep, smells like salmon” but marvel over whatever was used to cure it. Everything in a shiny package comes with an identification of origin, even if you have little idea where the place is or what it is supposed to mean. The concepts, methods, and practices of wine appreciation suddenly become the golden standard of what makes something good.

You probably won’t need much convincing to agree with me that this is only fair, as wine is the king of the gastronomic world. Other food and beverages might have some of wine’s qualities, but nothing quite combines all the things it does: express a sense of place and a sense of vintage; allow the maker to show their intentions and skill; change with time; show its best at a meal, but also fine without; be a vector of history and culture; give you a buzz.  Most of all, wine has a variety that is unmatchable: a myriad grapes, two myriad blends, three myriad terroirs. If you are so inclined as to study these minute differences, you will never be bored.

From the time it had to sell its first amphora of Pramnian and onwards, the wine trade picked up those facts and ran with them. Indeed, there is no edible or potable product that is catalogued so meticulously and described so exhaustively. The websites of some of the finer London merchants allow for a degree of geekery usually reserved for the Marvel universe. Sometimes, say when I forget myself and answer a wine question in way more detail than asked, or when I look at an empty bottle and think what else I could have bought with that money, I am amazed at the effectiveness of the whole enterprise. Many other pet passions, from baseball to stamp collecting, happily indulge the tendency to overanalyse and overspend of course. But none for something so relatively basic, with differences so relatively small. Most of all, no other product has created this aura of sophistication, permanence, and, weirdly for a drug, virtue. (Gin might have had a good run recently, but not even Anglicanism tries to claim it as the bodily fluids of its central figure.) It is not only about power and affluence either: name any contemporary trend, from veganism to anti-vaxxers, and someone is making a wine for it. I remember the late 00s, when wine marketeers were fretting that millennials were not spending as much on wine as previous generations, a concern roughly analogous to lawyers running around anxiously asking one another why people in their twenties aren’t getting as many divorces as older adults. Turns out millennials not only got into wine, but into more styles, more types, and more countries than any generation before them.  In the space of 30 years, wine went from a largely white, mostly southern European preoccupation, to the international alcoholic beverage of choice. Spin it any way you will, wine never had it so good, and the future looks brighter still.

Which is all great. But there is a glitch.

The variety and geekery and myth are all well and good, but, at the end of the day, there are only so many people you can convince to spend silly amounts of time and money to ponder the differences between this glass of grape juice and the other, just like there are only so many people you can convince to spend their holidays in a tiny canoe in an angry river, or six months’ worth of a Spotify subscription on a big vinyl record with fifty minutes of music. Wine, however, is different because it is also a commodity, and that commodity’s main strengths are that it’s nice(ish) with food and it’s a legal intoxicant. The aims of the people that buy wine as a craft item, and wine as a commodity are very different and, unsurprisingly, the latter group is much, much bigger than the former. You might be able to find the odd person who will pay hundreds of pounds for a stamp, lovingly put it in a book, and spend hours studying it with a magnifying glass, but most people just want to send a letter. For all the merchants, bars, and restaurants that make a fine living selling wine in the tens or hundreds of pounds per bottle, the average price remains stubbornly stuck below six.

This state of affairs offends a certain type of wine marketer very deeply. For most of wine’s existence, sellers understood the incompatibility of the two groups and were largely happy to let them coexist, but this is anathema to the modern Anglo-American wine professional. I am not sure if it’s because wine still feels foreign to them, or because they got their business training from airport books with titles like “Do it like Pikachu: What Pokémon can teach today’s manager”. But there is a type of person that looks at all the people drinking cheap wine and knows, just knows, that there is gold in them there hills.

To mine this gold of course you need a trick, and the easiest one in the book is populism, the soundtrack of our times. If you cannot find what you are for, find what you are against. In a resoundingly audacious sleight of hand, the wine trade tells you that literally every single thing it does, it does because of some Very Bad People it invented: the Wine Snobs. These people are boring (who else would want to read and think about wine?), pretentious (who else would care about wine without making money out of it?), conceited (why else would someone spend so much time on wine?), and, most of all, look down on you (why else would someone know more than you about wine?). Indeed, the only acceptable thing these Very Bad People do is that they spend a lot of money on wine. But the sellers, the real experts, the men and women of the people with hearts of gold, are here to tell you that the flowery descriptions they write on their labels, and the encyclopaedic information they post on their websites, and their carefully organised stores, and the qualifications they so flaunt don’t matter one jolt, and are all because of oppressive Wine Snobs. The apotheosis of this is a certified professional, magnanimously informing you that you have their blessing to Like What You Like. As long as it’s not cheap.

Because that’s the catch you see. You are not meant to really like what you like, if what you like is the £6 bottle you always buy (unless they work for the discounters, at which point, hey, why pay a whole six pounds sucker? Have you seen our Prosecco?). And you are not, of course, meant to ignore and dismiss the aura and the sophistication and the story. Quite the contrary. What they are suggesting is that there is a shortcut to all this, the Instagram filter to wine appreciation. You buy the pricey juice, and they will give you the pat on the back that confers all the good stuff you have seen on TV without the pain. Arise, Sir Spends-a-Lot.

The two-facedness is remarkable in its brazenness. I guess all industries hate their more involved customers a bit, but no other goes to the extent of actively vilifying them for supposedly stopping it from taking over the world. But the ruse is even more remarkable in its lack of efficacy. The wine trade is really the world’s worst Janus, because while one head is doing very well in its target group of aficionados, nobody in the real world cares what the other head says. Firstly, practically no one who can afford it is intimidated by the thought of buying an expensive bottle of wine. The concept of exchanging money for goods and services is understood both widely and well and, sadly, consumers have continuously less respect for the people that sell them. Wine trade insiders often confuse being worried of looking like a fool in front of acquaintances, with respect towards the expertise of the service provider. I hate to break it to you folks, but many people are also intimidated by the thought of using chopsticks. It’s not because of Cutlery Snobs, and they don’t call the server in their local Chinese shifu either.

Secondly, Wine Snobs just don’t exist in real life. Sure, there is the occasional dolt who shows up with his £10.99 (down from £15.99) Waitrose Châteauneuf-du-Pape and shouts about it, but I always found him harmless and easily disarmed by a strategically targeted question, such as if he prefers Chablis or Chardonnay. People seriously into wine are like most hobbyists: happy to talk about their preferred subject with fellow travellers, but less keen on discussing it with those of little understanding and less interest. More to the point, even if Wine Snobs wanted to exist, they would really struggle. There is absolutely no setting where one can enthral the crowds with their knowledge of Taurasi vintages, and talking about malolactic sounds like a discussion you should be having with your GP. If you bring a £100 bottle to a party, your friends are more likely to debate the soundness of your judgement and they would much rather not partake if doing so means having to hear you talk about it. There is, of course, one scenario in which people might be impressed if you show up with a £100 bottle. That is if you arrived in a £200k car, dressed in a £3k suit, and are going to return to a £3m house at the end of the night. At which point, spoiler alert, they are not impressed by you being an aesthete who knows how to live the Good Life, but by the fact that you are very rich.

As for receiving the praise of a professional, the truth is that, bar a handful of things, there is no meaning or virtue to anything except what we choose to give it. You can’t take shortcuts on the way to wine appreciation, because said appreciation is the journey, not the destination, let alone the price tag. I will leave it up to you to decide if wine somehow conveys sophistication, but maybe you need to see how it’s made first. And any Bullingdon Club thug can demonstrate to you that drunkenness is every bit as unpleasant and unseemly at £50 as it is at £5.

So, as Christmas is on its way, I am preparing for my usual conversations with one head of the Janus that is the wine trade, the one that always talks to me, and always knows how to take my money and make me feel strangely grateful for the privilege. And, on the very odd chance you don’t care about wine but have read this far, if the other head starts talking to you don’t believe a word he says. He’s a blabbermouth. If you feel like talking to that first head in the New Year, please do join us. We have lots of fun, we think. In the meantime, Happy Holidays everyone.

Image by Rishabh Butola and Unsplash