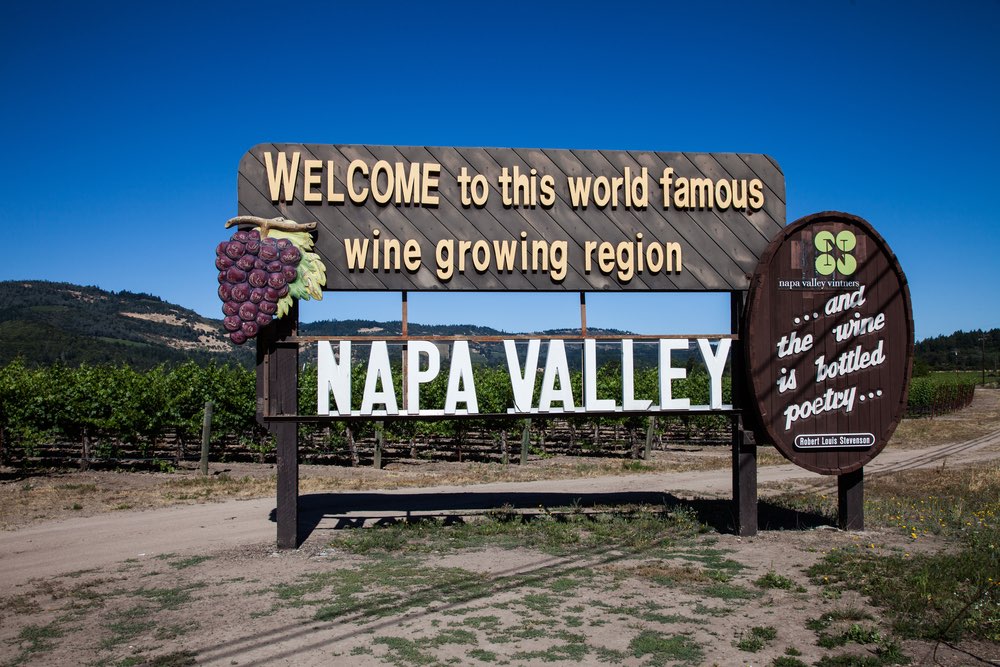 The plot of Wine Country is non-specific: look at the poster and you pretty much have it down. It’s a classic of the SNL Poehler-Fay-Rudolph-Dratch school of femcentric comedy. Not that I have any problem with that: Leslie Knope is my spirit animal, and I’ll eat anything this particular Hollywood clique choose to serve me for breakfast, with extra waffles and syrup on the side.

My fellow columnist, Peter Pharos, wrote a somewhat incendiary piece on the film a few weeks ago. Our tastes in comedy clearly differ, however I don’t want this article to be viewed as a response to his. The only line I’ll mention and counter is this: “Wine Country has no interest in fermented grape juice whatsoever, its name and trailer being the greatest clickbait ever played on the wine trade.”

Wine Country is by no means perfect: it’s schmaltzy and slapstick with a leaky plot and some frankly bizarre addendums (see Jason Schwartzman’s turn as a 21st century Greek muse). But I believe that the trade will disregard this new chapter in the ‘wine on film’ category at their peril. For starters, how can you ignore that the wine country these women experience is far more representative of the everyday American experience of wine. As in – it’s just another drink. To my mind, the film could just as easily have taken place in Tulum; fired by guacamole and frozen margs. Or in coconut-cocktail soaked Hawaii – imagine the gag opportunities surrounding a kālua. It turns out it is actually based on a true life amalgam of two trips, one to Napa and the other to Palm Springs.

The fact that the film took place in Napa – wine country – tells us an awful lot about where wine sits in popular imagination and perceived class structure in the US specifically, and worldwide generally. Choosing wine from the drinks menu marks you as a certain kind of person, with a certain lifestyle – or certain lifestyle aspirations. Because these women are affluent: not only in the obvious way that Catherine is, a successful businesswoman considering franchising with a national TV show, but in the flashed snippets of their home lives, lived in Nancy Myers-esque comfort, supplemented by the rustic luxury of their holiday home in Napa.

The not-so-subtle subtext is that these women have come a long way from the Chicago pizza joint where they all met as student waitresses. They have lived the American dream, and the key markers of their success include the foods they eat, the holidays they take and – most strikingly – what they choose to drink.

The film in set in the US, so let’s examine how alcohol has such strong class associations in the US for a moment – especially as, in America, the historical class assumptions made about various types of alcohol are even starker than here in the UK. Though softened by our import and holidaying proximity to the vineyards of Europe, in the UK wine still suffers from a perceived inherent snobbery which, sadly, too few wine drinkers work to abet.

It took a while for the US to get their now booming wine industry off the ground. Irrespective of the import of European cuttings alongside the European working class, it could – or should – have been that wine, as in winemaking Europe, was seen as Everyman’s drink. While winemaking struggled to get off the ground, the Average Joe was enjoying the bounties of America’s garden crops: apples and grain, in beer, cider, bourbon and whiskey. There were upticks in interest in wine as people began to figure out how to grow it but, in short, the circumstances meant that any serious quantity of wine had to be imported. Which meant money. Which meant only rich people could afford it. Cycle through 300 years of intensifying social inequality, the Prohibition (which beer and whiskey production recovered from far more readily), and it’s not hard to see why most Americans think of wine as ‘other’.

It’s definitely still the prevailing view, as highlighted in another classic from The Shur Book of Comedy: Brooklyn 99 S1E16. In ‘The Party’, the team are invited to Captain Holt’s birthday party by his husband. A cultured, upper crust academic, Kevin is the archetype of the Wine Drinker. When every single detective presents a bottle of ‘wine drink’ purchased at the local convenience store his is as naturally disdainful as they are humiliated and confused by his reaction.

It’s much the same story in our own backyard, where cost, availability and consequent social assumptions are still being made about wine. The ongoing – exhausting – debate about how to communicate about wine to lay consumers is symptomatic of this. So many people still think that trying to describe the way a wine tastes, smells and makes you feel is an exercise in pretension. It’s easy for the trade to shake our heads and wring our hands at Joe Public’s shortsightedness. But the truth remains – unfortunately, a lot of wine lovers still act like stuck-up pedants.

And – man – if this film doesn’t highlight some humdingers. Enotourism’s vast financial and educative potential is definitely still hampered by the sorts of twatfests we see as the team cruise through wine tastings. So, in the interests of encouraging fellow trade bods to allow consumers to lead tastings and visits instead of blindly sticking to a script, these snippets would be my required watching (please note, you’ll need a Netflix account to watch the first two clips):

“Jeez, people really like to talk about wine ‘round here”: Lisa, the passive-aggressive organic sommelier

A bravura turn from Liz Cackowski as the kind of nightmare tasting lady almost programmed to turn customers off.

“You said there’s no wrong answer”: Mason’s guide to tasting the ‘correct’ way

Another classic cliché, shutting down Abby and Rebecca as they begin to actually taste the wine. I personally encounter a subtler version of this fairly regularly when I attend tastings privately, especially with friends who don’t work in the trade.

“Oh, she has an interesting story”: Amy Poehler’s guide to wine tasting

In promo for the film on The Tonight Show with Jimmy Fallon, Poehler describes her Wine country – and Amy Poehler’s ‘the key to sounding like you know what you’re talking about is to bullshit’ shows that these perceptions are alive and well.

I’ve read a number of articles about this film and the things that strike me about reviews from the trade are that they focus on all the things the film doesn’t tell you. But that’s beside the point. The film may ring with cliche for wine professionals, but it rings with truth for anyone who’s ever been told that what they taste in the glass is wrong.

Film critics see masses of films so they’re always interested in ones which are slightly different. They wouldn’t like something like wine country because it seems clichéd, tired and they’ve seen something like it loads of times before. But the same is true of wine. Most people aren’t interested in differentiators based on ageing in weirdly sized barrels, or making unusual blends. Most people want the Wine Country of wines: something fun, a little offbeat and which speaks to them. Now you tell me if this film isn’t perfectly honed to its non-wine-expert, 35-55 female audience?

NB You will need a Netflix subscription to access the links