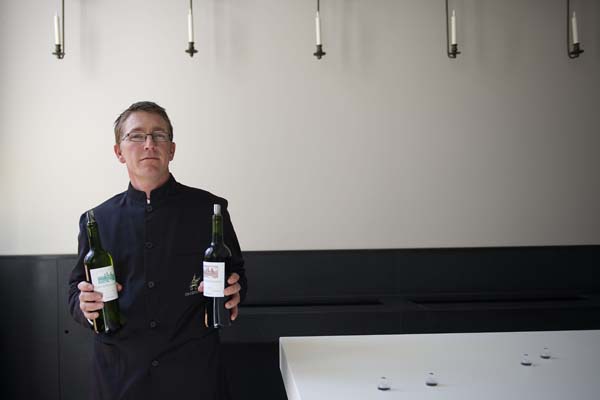 ‘If you don’t believe in the Bordeaux Primeurs, or think the system is flawed, then don’t take part in it!! You can’t have it both ways. Nothing has changed about it.’ Jamie Goode, Wine Anorak

En Primeur. It stirs up a range of emotions among wine people, doesn’t it? This year more than most, and unfortunately not for the right reasons. I’ve seen enough arguments on Twitter to know there are rumblings in ‘the business’ that indicate not everyone finds the sycophancy surrounding en primeur, particularly in Bordeaux, to their taste.

For as long as anyone cares to remember, the holy trilogy represented by the châteaux, the courtiers in ‘la place’ and the négociants has been unbreachable. This, in turn, has meant an increasingly rigged market place into which the worldwide network of major buyers must venture.

Against what is almost becoming a châteaux-led cartel (with some châteaux now giving a minimum sell price on their 2013s), perhaps we should not have been surprised to see Pontet Canet kicking off this year’s en primeur ‘campaign’ releasing their wine well before the UK trade had even gone out there to taste it. Disagree if you will, but I think this was nothing more than a marketing trick at best, and sheer arrogance at worst from one the few châteaux I used to hold in considerable esteem.

I fear it is arrogance because, on the logical basis that the château’s proprietors eventually do want to see their 2013 wines in the hands of consumers, they should surely understand that merchants are not going to buy this wine, nor offer it, when it makes no sense whatsoever to do so. Come, come, Mr. Tesseron: why should merchants – and even less, consumers – want to buy your latest vintage, when your 2007s & 2008s are cheaper, at least as good and still widely & physically available?

For years, merchants in the UK and elsewhere have been calling for the châteaux to reduce their release prices. Some 2010s, like Lafite, have lost a lot of money on their initial release price, dropping by up to 50%. The only certain way to bring consumers back to this market is to reduce release prices – and, to a modest extent, the châteaux obliged in 2011 and 2012. But by no means enough. Ask any UK trader if those cuts were enough, and they’ll give you a resounding ‘no.’

So, heading for what was widely forecast to be another distinctly average vintage, one would have thought that this year offered the perfect opportunity for châteaux to reduce their prices to a level at which the consumer might be enticed back to the market.

In not doing so, I fear the damage may be irreversible, certainly in the short to mid-term. The future for the Bordeaux wine market is looking bleaker than it has for decades, with prices falling on recent back vintages, especially 2009 and 2010. One thing consumers certainly won’t do is buy these latest primeurs rather than vintages already available in bottle at more realistic prices.

So, why don’t the châteaux understand this? What is so difficult to grasp? Is this because they know the trade ‘en masse’ has not stood up to them, nor is likely to take a stand any time soon?

The supply system of Bordeaux is very old and steeped in tradition. The châteaux make the wine and then release it to ‘la place,’ through which courtiers sell it on to their chosen négociants in France. Only then do the UK merchants, and those around the world find out what they’ll have to pay and what quantities of a particular wine they can expect to receive. And, as you’d expect, a great deal of back-scratching and cosying-up can take place between favoured merchants and négociants.

This in turn produces ridiculous claims by châteaux bosses, such as the comment from Alfred Tesseron at Pontet Canet that he had already “sold out” of his 2013 vintage. On paper, perhaps. But the people he’s sold the wine to – the négociants – now face a hard time persuading merchants and consumers alike to join in!

Such pomposity from the châteaux might be forgiven IF they could truly guarantee perfect vintages year upon year, consistently justifying the ‘luxury brand’ prices they expect customers to pay. But, unlike some of those genuine luxury brands with whom they seek to compare their products, the demand for any particular wine largely depends on the demand in the market and the quality of its vintage – which, despite modern technology, is still some-what dependent upon climate and prevailing weather conditions. Unlike say, a Louis Vuitton handbag, whose quality is not going to be harmed by torrential rains over the Gironde. Châteaux proprietors need to remember: it’s the market that ultimately matters, and wine consumers know good from indifferent.

For the time being, the châteaux will be fine, while their négociants suffer. But when the latter start to fall in numbers, it will be the former’s assets that are sold off by administrators, and those assets will predominantly be their wine. Potentially, we are heading towards a huge crash in wine prices.

It is not too late for the châteaux to avert this outcome, by acting now and reducing their release prices, once again creating a market demand. This is crucial because, I can assure you, there has been absolutely no demand whatsoever for 2013 Pontet Canet at the price the château released the wine at, and Monsieur Tesseron’s behaviour cannot be a precedent for the rest of the campaign.

So, the message to the châteaux is this: consumers are not going to buy 2013s unless they are priced significantly lower than the cheapest available vintage on the market.

Sometimes, the simplest of solutions is the best one. Especially if you have one eye on the future….