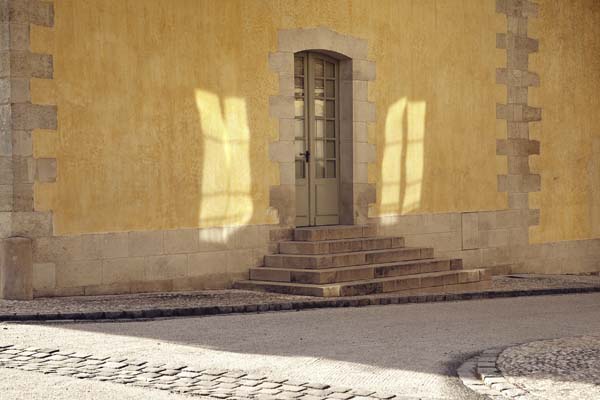 This write-up is late, but then so was the vintage. It was interrupted by a visit to Georgia for the International Wine Tourism conference. (Georgia demands much, but gives more. I received toasts, drinking cups, fantastic food, and dancing. And a giggling fall into a ditch, and a tiny argument with some barbed wire. But that’s another post.)

Bordeaux will really have to behave very foolishly to end up in the kind of trouble some have predicted. Scores of writers and buyers still fuss over its wines. These retrospective tastings are must-visits for every wine writer all over the world. I wonder whether we will ever see ’10 years on’ tastings of Georgian Saperavi.

The Bordeaux Index tasting focusses on the top, traded wines, with botles provided directly from the Châteaux.

Insights, and notes, at the tasting are provided by Michael Schuster, a benignly tartaric wine Yoda as courtly and precise as a cool vintage.

And 2004 was cool. It was characterised by the moderate, marginal maritime weather for which Bordeaux is supposed to be the benchmark. The torrid 2003 vintage dessicated yields. Vines compensate (endearingly, I’ve always thought) for a tiny yield one year with profusion the next. So, this was not only a cool vintage, but a large one. It was a struggle for ripeness.

Bordeaux yields are not that tiny, and don’t need to be. (2000, for example, combined quality and quantity). But in 2004 the cool, wet August sharpened the imperative to reduce yield and aerate the canopy. Bunch and leaf removal were essential for quality, meaning a whole lot of (costly) work in the vineyard. It was less a question of depth of soils (although some terroirs did fare better than others), and more of depth of pockets. Diligence is expensive.

The 2004 troughs – hard and green – are lower than in 2003, a vintage which bestowed a certain fleshy, sunny charm on otherwise dutiful Petits Châteaux. But I thought some highs were higher in 2004 than in 2003. Top wines in 2003 had no space for the nuance and unfolding that makes them so great. In 2004, they do. In general, these are not concentrated, dense wines, even at the very top end. But the best are balanced, fragrant, and still vibrant.

Of the first growths, Latour didn’t seem to have noticed it was from a ‘weak’ vintage. It was intense, finely textured, stony and young. Mouton was fleshy, aromatic and succulent. I liked it a lot. But I think it’s got a shorter life ahead than Latour, and also than Lafite, which had more density and line. La Mission Haut Brion was sleek, scented and open. It’s ready to drink, and is lovely, in that lighter style. Haut Brion is several steps up in depth and intensity, with lovely savoury, mineral fruit. I thought Margaux was the least successful of the left bank First Growths. The oak protruded a little, like a bony elbow from a delicate frame.

Pétrus was amazing. (How does it do that shimmering textural thing?) Not big, but so beautiful, with refined aromatics, it was intensity without assertion. It almost seems pointless to mention the price. But, as some of the less sick-bag-sensitive brokers might say, it’s a ‘relative bargain’, at ‘only £14,000 /case. The market favours the muscle-bound 2003.

Most of the ‘other’ Pomerols were delicious, with the lovely fleshy freshness that Pétrus perfects. (It’s worth remembering that Merlot was picked in finer, dryer conditions than Cab.) L’Eglise Clinet and La Fleur Pétrus were plump, sweetly fruity and seductive. And still vigorous. Clinet was delicate but balanced, and not at all forced. Like a poor stokebroker’s Pétrus. La Conseillante was fresh, fine-grained, nuanced and still very youthful. Unlike Trotanoy, which was evolved in colour and aromatics, with hard, pushed tannin.

Saint Emilion was the usual story of egomaniacal tannins brutalising gentle fruit, with exceptions. The noblest of which was Cheval Blanc, all nuance and savoury freshness. Larcis Ducasse – fake tan and steroids – was among the most evolved. Figeac was tight, long, mineral and bloody. Canon, dry and elegant, had a similar tone. Angélus – suave, succulent was scented – was showy but youthful, and very fine.

The lesser wines of Péssac were much more evolved than the Brions. Malartic la Gravière, Smith Haut Lafitte and Domaine de Chevalier were all sweetly fruited, and flowing, but definitely ready to drink. Haut Bailly stood out as more precise, and longer-term.

There were no fireworks in Margaux, but tender, flowing, fragrant wines – many drinking now. Palmer was brilliant – deep, rich, scented and lively. I much preferred it in 2004 to 2003. Lascombes was good, fruity fun if you’re up for that, but Brane-Cantenac and Rauzan Ségla are fantastic buys for lovers of classic, understated Margaux.

It is said of this vintage that no commune really stands out, but I found Pauillac notably vigorous and vibrant. Two stars were the Pichons. Comtesse was expressive, floral, seductive and juicy. Baron was tight, savoury and youthful. Both are lovely now, but have a good 5-10+ years of ageing potential. Les Forts de Latour was tight and restrained, with deep, inky fruit and great energy. Petit Mouton was exuberant and delicious, but more evolved. It’s twice the price of the Pichons, but not twice the wine.

It is also said of 2004 that it’s not the vintage in which to buy ‘lesser’ wines. But I found many of those were brilliant in Pauillac. Grand Puy Lacoste and Haut-Batailley led the way – they were bright, supple and just delicious.

There were gentler, slightly more evolved wines from Saint-Julien, with freshly sweet fruit. Léovilles Poyferré and Barton were good examples (although Poyferré’s extra flesh makes it more seductive). Gruaud Larose was very tired, with dried out fruit and worked tannin. I preferred the unforced, light succulence of Langoa Barton. Clos du Marquis was trucculent and grumpy, but Las-Cases was sternly excellent.

We had just 3 wines from Saint Estephe: Les Ormes de Pez, Montrose and Cos d’Estournel. Pez – a sinewy Cru Bourgeois – gave us a glimpse of the 2004 troughs. Montrose was firm, but clumsily tannic, especially when compared to the refined intensity of Pauillacs. Cos d’Estournel was lovely. Pure, full, and with freshly mineral fruit. It made we wish I could hire a cloud machine and make it hover above those over-heated elephants, forever.