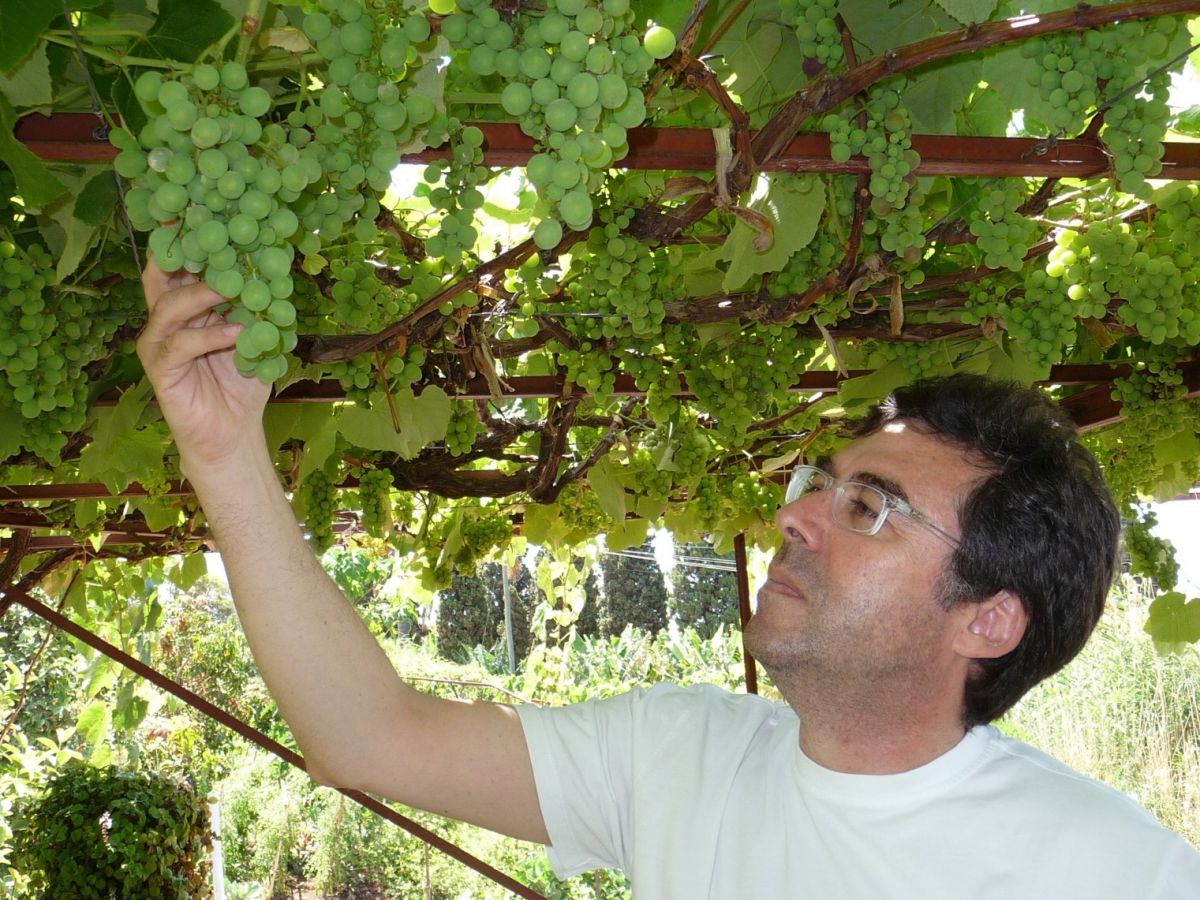 I always find it strange how fortified wines – Sherry, Port and Madeira – are so often portrayed as drinks for vicars and old ladies. The reality is these are drinks for hardcore hedonists. Not because they have (slightly) elevated levels of alcohol, but because the best possess an uncompromising intensity, a thrillingly unique spectrum of flavours and mind-bending levels of complexity. This is particularly true of madeira (madeira is a fortified wine from the Portuguese island of Madeira – a brief intro here). If I gave my ageing granny a glass of 1971 D’Oliveiras Sercial Madeira it would probably kill her. But what a way to go. It’s so good she might even thank me.

Due in part to its unfashionable image, the antiquated Madeira industry is dying. If sales continue at the current rate, this historic wine will be gone in little over 100 years. Only eight producers remain; between them, they now sell just 350,000 cases a year. But newcomer Paulo Mendes is doing the commercially unthinkable. He has established a new producer, Madeira Vintners. Thankfully he has some radical ideas that might help turn madeira’s fortunes around.

The wines of Madeira were the height of fashion 200 years ago, but the industry took a series of viticultural and commercial blows during the 19th and 20th centuries from which it has never really recovered. Decades of declining sales has led to a somewhat paranoid industry where newcomers are eyed with suspicion. Rather than working together, “people in Madeira look at their neighbour as their competitor” says Mendes. One rather curious law states that you must already have stocks of at least 120,000 litres of wine before you can register as a producer. Undaunted, Mendes produced his first vintage in 2012 by renting equipment from local government and friendly competitor Barbeito. Barbeito is the second youngest exporting producer after Madeira Vintners; it was founded in 1946. Things don’t change much around here.

Though born in Madeira, Mendes was previously an electrical engineer, then a business consultant based in the US. Wine is “the most difficult business I’ve seen by far” he says. When I met up with him last week I was expecting an idealistic dreamer, but Mendes is a sharp albeit good humoured businessman, which makes his venture all the more curious. “I always love a challenge,” he says with a grin. But he hasn’t tried selling any yet.

If Madeira is famous for anything, it’s the wine’s ability to age; the best are seemingly indestructible and can last for centuries. But being a brand new company, Madeira Vintners doesn’t have any older stocks. Theoretically it’s possible to buy aged wines from partidistas, companies that mature barrels of wine then sell it on to other traders (similar to Sherry almancenistas), but again, Mendes met with resistance. “I wrote to all of them, all of them without exception” he says, but not a single one would sell him any wine. He has no choice but to concentrate on younger wines. But it’s at this most basic level where he has discovered the potential for innovation and improvement.

Madeira’s commercial situation isn’t helped by the fact that many of the younger, more affordable, entry level wines can be vicious little acid bombs, offering all of the pain but none of the gain of the older wines. They can scare off curious drinkers before they reach the more exalted styles. Mendes is aiming to produce a more approachable and enjoyable wine whilst staying true to Madeira’s unique character. “We need wines that reflect madeira, but are more balanced” he says.

Less acidity means less residual sugar is needed to give the wines balance; 80% of Madeira is sweet, but often “the sugar is there to mask the acidity” he believes. By bringing down the levels of sugar and acidity he feels that in turn he can reduce the level of alcohol to 17% (the legal minimum), making the wines more approachable and drinkable, especially when young. He is also cutting down on the use of colour and sweeteners (widely used in the industry) with a view to removing them altogether.

He hopes that all this will equal an affordable but high quality entry-level Madeira that will be more appealing to younger drinkers. “The only way to go is to work hard and have a different approach. If I release a bad wine, I’m dead. I only have one shot. The first wines need to be above the current threshold – otherwise this is a stupid exercise.”

The global trend towards increased care in the vineyards and a lighter touch in the cellar has been slow to reach Madeira. Due to the concentration on aged wines and the heating and fortification processes, the focus has long been on the cellar, not the vineyard. Mendes believes that directing his efforts towards the quality of the grapes will be the key to creating his modern new style; “it will be a transformation” he enthusiastically asserts.

Grape production on the island lies in the hands of nearly 1,500 small growers rather than the big houses; few own vineyards themselves as the land is so expensive. The large houses buy grapes from hundreds of such growers, which makes quality control very difficult. “If you looked at the grapes, you wouldn’t be impressed” says Mendes. He claims Madeira Vintners is the only producer to use sorting tables, rejecting 5-10% of the crop on average. He also insists on small 30kg picking baskets and pressing on the day of harvest, both of which are uncommon on the island.

Instead of working with hundreds of growers, Madeira Vintners has long term contracts with fewer than 30. The so-called ‘noble varieties’ of Sercial, Verdelho, Bual and Malmsey “are in such short supply, you have to accept poor quality” says Mendes; but not so with Tinta Negra, which accounts for 90% of production. “We believe there is lots of potential in Tinta Negra,” he says. Different plots from individual producers are vinified one by one so growers can taste wines made from their own grapes. “The grape growers don’t get the recognition they deserve; we don’t talk about the growers, it feels like no-one cares about them.” Being able to taste their own wines, sometimes for the first time, inspires them to improve quality.

According to Mendes, grey rot (botrytis) is “by far the biggest problem in Madeira.” This means that growers pick early to avoid the threat of a ruined crop. They are also keen to pick early to be sure they can sell their grapes while there is still seasonal demand from the big houses. Early picking means high acidity. Mendes guarantees his growers that he will buy their entire production, so there is no rush to harvest. He hopes that this new viticultural approach will lead to higher quality fruit with lower levels of acidity – which will enable him to produce the new style of young madeira he is aiming for.

After the legal minimum of three years ageing, Madeira Vintners’ first wines will be available for sale in early 2016. Their first releases will necessarily be the most basic category, 3 Year Old. At this point Mendes faces a new challenge; getting his wines to market and converting an indifferent public. His next job is finding an importer “who is brave enough to work with us.” But he’s convinced he’ll be successful: “You can call me crazy,” he says, “but I’m not suicidal.”

New producers don’t come along often on the island; considering the current state of the industry, Madeira Vintners might be the last. Rather than trying to exclude this radical newcomer, other local producers would do better to welcome him; he might be just what the industry needs to reverse its fortunes.