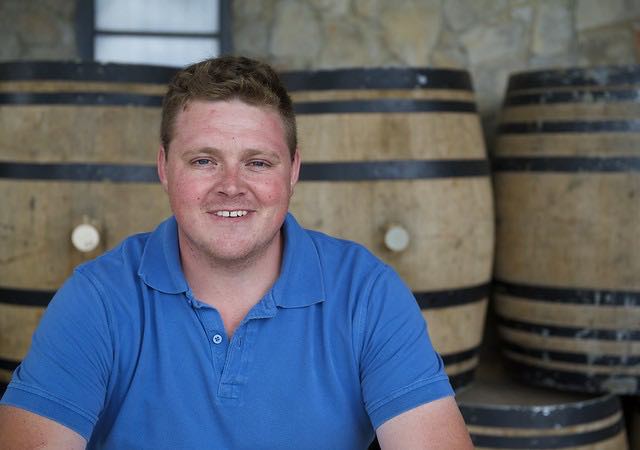 Where was the Riesling? Johann de Wet shrugged sheepishly and said he’d brought five Robertson Chardonnays to taste instead. “We only make 6,000 bottles of Riesling these days,” he admitted. “Our family drinks a third of it, we give half away to friends and we struggle to sell the rest.”

The de Wet’s are Riesling enthusiasts – Johann’s father, Danie, studied at Germany’s prestigious Geisenheim Wine Institute in the early 1970s and as recently as 1981 the variety accounted for a third of the winery’s production – but, like others in South Africa and elsewhere, their zeal has collided with commercial reality. Whisper it in wine circles, where the grape is invariably greeted with knee-bending reverence, but most consumers don’t like Riesling.

Why? I’ve attended enough Riesling conferences over the years, with the same group of evangelists saying the same things ad infinitum, to be familiar with the excuses. It’s the flute bottle, it’s the long, deformed shadow of Liebfraumilch, it’s the array of different styles or, as my colleague Jancis Robinson MW argued recently in the Financial Times, just the fact that Riesling has “too much flavour and character”. Some and even all of these may be true, yet outside Germany, Austria and Australia, Riesling is a tough sell.

I love Riesling (nearly) as much as anyone, although I’m dismayed by its fans’ tendency to bash Chardonnay, which is an equally sublime grape, but maybe we have to accept defeat. Like free form jazz and the films of Ingmar Bergman, Riesling is never going to enjoy broader public success. To borrow a phrase from the 19thcentury French novelist Stendhal, it’s a grape for the “happy few”. Sherry and Semillon are in a similar situation.

Should we Riesling aficionados abandon the mass white wine market to sweet Moscato, over-cropped Sauvignon Blanc and flavourless Pinot Grigio, weeping into our glasses of JJ Prüm Wehlener Sonnenuhr and Trimbach Cuvée Frédéric Emile? Maybe not just yet. Even if Riesling is never going to triumph, Chenin Blanc just might. The bland don’t have to lead the bland.

Global plantings aren’t as extensive as those of Riesling – according to the OIV’s latest statistics there are 33,081 and 63,936 hectares of each – but Chenin Blanc is grown in 23 countries, including major players such as Argentina, Australia and the United States, as well as (mostly) in France and South Africa. It’s the 26thmost important variety in the world.

You could also argue that it’s stylistically even more diverse than Riesling, making wines that can be dry, sweet, medium or sparkling. No other variety can match it. Chenin Blanc also expresses its terroir with precision, whether it be on limestone, sandstone, shale, iron oxide, granite or clay. Sample a range of top Cape Chenins these days – from the likes of Chris Alheit, Mulderbosch or Metzer – and you really can taste the differences.

And what about France? To anyone who remembers Oz Clarke’s memorable description of lean, excessively sulphured Vouvrays smelling of “nut and vomit”, the grape’s increasing success, might be a surprise. Loire Valley styles have changed considerably in the last 20 year, partly because of better viticulture, but also because of climate change and more ambitious winemaking. The sweet styles have always been some of the greatest in the world, but it’s the drier ones, making the most of Chenin’s minerality, focus and freshness that are transforming the grape’s image.

The French may be reluctant to admit it, yet I think that South Africa’s achievements with Chenin have influenced winemakers in Anjou and Touraine, the way that Argentinian Malbec has inspired Cahors and promoted links between the two. There’s no equivalent of Kiwi Cuvée Sauvignon Blanc being produced in the Loire Valley just yet, but a Saffer Cuvée might be a possibility, and would probably sell well.

Maybe it was something that was discussed at this week’s “first ever” Chenin Blanc International Congress in Angers, which attracted some of the best exponents of the grape from both countries. I say first ever, but I attended something similar in the 1990s, where the French were dismissively patronising about the Cape, despite the fact that South Africa grows way more Chenin Blanc. This week, I’m assured, things were very different: a partnership of equals looking to understand and promote a wonderful grape.