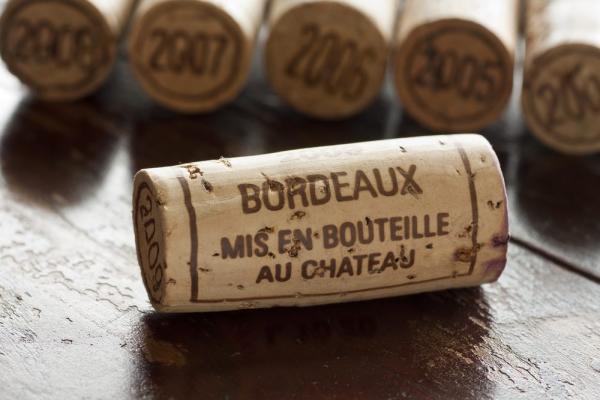 During Richard Nixon’s visit to Beijing in 1972, the Chinese premier Zhou Enlai was asked what impact he thought the 1789 French Revolution had had on the world. His reply – that it was “too early to say” – wasn’t quite as witty as it appeared at the time. Zhou apparently thought that his interlocutor was referring to the civil unrest of May 1968 in Paris, but he was still taking a longer-term view of history. Four years is an aeon in politics.

What would Zhou make of Bordeaux en primeur, a phenomenon which caused an almighty stir in China (and elsewhere) when the back-to-back “vintages of the century” of 2009 and 2010 were released and has recovered some of its allure in the wake of the 2015 and 2016 harvests? I suspect he would have raised a sceptical eyebrow, urging caution. Most events are best considered with a sense of perspective. And when money is involved – lots of money in wine terms – it pays to take a deep breath and hold your wallet close.

In many respects, Bordeaux en primeur is a ludicrous system. Wines that are unfinished, tannic and still in barrel are presented to the media and the international wine trade when they are around six months old. In some – many? – cases they are unrepresentative of the bottled blend that will reach the market two years later. Given how important the en primeur tastings have become to the brand value of the top châteaux, it would be surprising if they didn’t choose to show their best barrels, even if they don’t tweak the blends. Wouldn’t you?

The other major problem with Bordeaux en primeur – apart from the reliability of the samples – is pricing. When the wines are tasted in the spring after the vintage, the châteaux haven’t decided what they will sell them for. Even when they do, they keep a close eye on their neighbours and competitors. But what really sways them is the reception of the vintage generally and of their samples in particular. The more journalists and merchants like a vintage – as we did in 2016 – the more they regard this as a green light. In the 2016 campaign, which followed a very good (and, to some people, great) vintage in 2015, prices duly rose by between 10 and 40%.

There’s no denying that en primeur is good for the châteaux, at least for the ones that sell a substantial chunk of their wines as what Americans call “futures”. The cash flow is welcome, as it is for the merchants who offer the wines to the end consumer. Way before the cases are delivered, the Bordelais have banked your money. Interest rates aren’t what they once were, but more often than not the leading châteaux have done very well, thank you. Wine importers, too, are keen on en primeur, although margins are smaller than they once were.

What about the punters? That’s you guys. Well, it’s worth pausing for a second to consider why you should buy any wine en primeur, be it Burgundy, Port, Bordeaux or anything else. The first reason is supply and demand. If a wine won’t be available again at a later date, or will be hard to find because there is so little of it, then it makes sense to secure a case or two before it’s bottled. The second reason is also economic. If you get a cheaper price by buying early, giving you the potential to earn a profit on your purchase, then once again, it’s a smart move.

The problem with these two scenarios is that they rarely apply in Bordeaux these days. Some wines are scarce – Lafleur or Pétrus, for example – and others – Canon and Grand-Puy-Lacoste – invariably go up in price, being undervalued to start with, but buying Bordeaux en primeur as a whole doesn’t make sound financial sense. Not only will most of the wines fail to increase in value – the last time a vintage was truly under-priced was 2008 – but they will still be available (sometimes more cheaply) in the market place for some time.

So what should the smart buyer do? Be well informed for a start. Look at price comparison and market analysis sites like liv-ex.com and wine-searcher.com to see how well given châteaux perform over time. More to the point, have a look at what older (and more drinkable) vintages are selling for, and only buy in what are widely considered to be the best years. Then ask yourself if you are prepared to finance the storage of your en primeur purchase for a decade or more, assuming you don’t have a cellar of your own.

One last piece of advice: remember that time is your ally. Despite the breathless hype that surrounds en primeur campaigns, there is no hurry to buy most Bordeaux. Zhou Enlai probably would have told you the same thing.