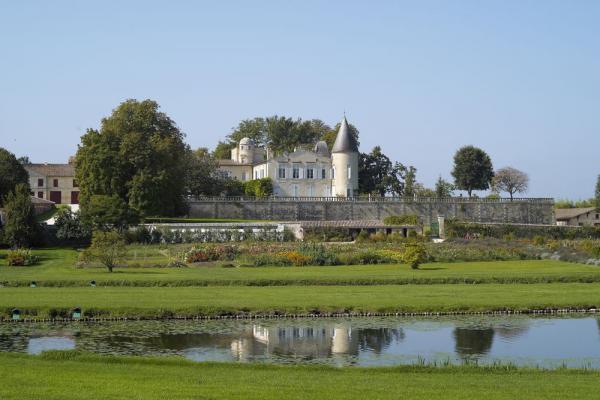 “Wine doesn’t get much better than this”, a London-based wine merchant wrote on Instagram recently. Pictured above his comment was the cork from a bottle of 1959 Château Lafite-Rothschild, his birth year. Social media channels are increasingly full of people showing off about what they’ve just drunk. Once upon a time, onanism was a private pursuit; these days it’s frequently public.

Not many of us have the cash (or the desire) to drink something that sells for anything between £1,500 and £3,500, depending on condition. But if someone else is paying – and generous enough to pull the cork – why not? I’ve been lucky enough to sample many great wines in this way. True wine lovers – as opposed to the look-at-me brigade – are often generous people. Years ago, in a pre-Instagram age, I was invited to the house of Bordeaux expert Edmund Penning-Rowsell and he opened a bottle of 1945 Château Latour with minimum fuss.

It’s no accident that when those two very different Englishmen reached for a special bottle, they chose one of the First Growths. For a certain generation, Bordeaux bestrides the fine wine world. It dominates international trade and most auctions, too. Look at Liv-Ex’s Fine Wine 100, an index that tracks the prices of “the most sought-after wines” and 75 of them are from the Gironde. Let that sink in: 75% of the world’s top brands come from a single region, apparently.

Or do they? It all depends on your definition of fine wine. If you mean something that might show a return on investment, or enable you to impress friends or business associates, then fair enough. Buy Lafite, Latour, Cheval Blanc or Yquem. Owning expensive Bordeaux, as the credit card advertisment would have it, says “more about you than cash ever can”. But surely wine is more diverse than that? There are certainly some delicious things in that Liv-Ex ranking – and I’m as happy to drink Bordeaux as most people – but it’s a pretty narrow window of greatness.

Last year, I attended the second International Wine Trade Dinner in London, hosted by The Vintners’ Company, one of the capital’s most ancient livery bodies, and featuring the A list of the wine world (myself excluded, of course). The wines that night reflected a traditional English view of the natural order. There was Champagne, a German Riesling, two clarets, a Tokaji and a vintage Port. Spain, Italy and the New World didn’t feature at all. It was as if the last 50 years of the history of wine hadn’t happened.

All of these styles have their place, but I’d like to propose a different take on great wine, one that looks beyond Bordeaux, Burgundy, the Mosel, Champagne, Tuscany, Piedmont and the Rhône and Douro Valleys. It would be wrong to say that what constitutes greatness is totally subjective – no one would include Yellow Tail or Oyster Bay Sauvignon Blanc, for example – but the current definition is surely way too proscriptive. Fine terroirs are not restricted to traditional European regions, and neither are fine wines. As the English poet Philip Larkin once put it: “Something, like nothing, happens anywhere.”

Once you start thinking of great wine in this way, it’s enormously liberating. Almost every wine-producing country on the planet qualifies. In the last year, I’ve had world-class bottles from Armenia, Uruguay, Greece, the Lebanon and Georgia as well as Sicily, the Languedoc, the Jura, Ribera Sacra, Argentina, Chile, New Zealand, Australia and South Africa. There has never been so much fantastic wine produced around the globe, nor so much wine that reflects the place in which it was made. Why not experience it?

This is one reason I’m glad I’m not a label drinker. Just as I have no desire to eat in Three Star Michelin restaurants every night of the week – or ever, in most cases – so I tend to shy away from famous names. It’s partly because they are increasingly expensive, but also because wines with big reputations are frequently slightly disappointing in my experience. They struggle to live up to their advance billing. Far better to drink something cheaper and less glamorous and be agreeably surprised than end up saying “is that it?”

If you believe that life is not a dress rehearsal, you only have a finite number of bottles to enjoy. Buddhists say that you should “live every day as if it were your last, because one day you will be right”. That being so, I’d like to urge you to expand your wine drinking horizons, to try new things and embrace discovery as well as disappointment. Great wines are all around you, not locked away in a glass cabinet or placed on a metaphorical pedestal. It’s fine by me if someone wants to pour a glass of 1959 Lafite, but if they don’t there are plenty of other equally appealing bottles for me to enjoy.