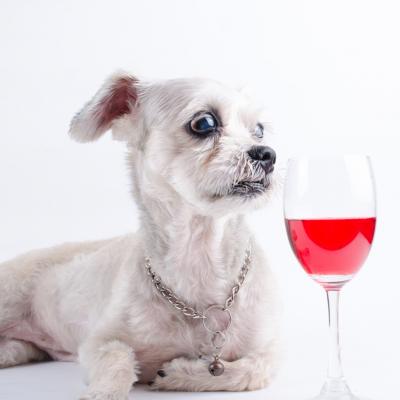 When I first began blogging about wine back in 1988, there wasn’t even an internet. The whole world was like North Korea, except with dogs. That didn’t stop me from writing a weekly blog about wine. (I’m actually the person who came up with the word “blog,” which was based on the noise my stomach made when I sat down to write. I also coined “tweet,” which had to do with flatulence, and, given the 45th President, has never been more appropriate.) Without the internet, my blog (I was then the “HoseApprentice of Wine”) wasn’t widely read. So nothing has changed.

Recently, I had reason to revisit my earliest blogs. I had stored them in the Cloud, which is what I call my attic. I was amazed when I read my blog post from December of 1988 entitled, “The Future of Wine.” It’s eerily prescient, with a hint of mold. I was a fungi even then. In the past few weeks, I’ve read many blog posts about wine trends to watch in 2018. They were all stupid. There’s more insight in a James Laube column on winery dog calendars. Hell, there’s more insight in a winery dog’s column about James Laube calendars, when every month is way past time to retire. At least I took some chances back in 1988 on my wine predictions, unlike the predictable pablum that’s around today. Here are some excerpts.

On Women in Wine

“It’s my prediction that by the year 2018 there will be no fewer than 25 women who are Master Sommeliers! Yes, I know, that’s ridiculous. It’s like saying that by 2018 seven men will have been crowned Miss America. We all know they don’t have the proper equipment. But surely there are a few women out there capable of passing the Master Sommelier exam, and while there will certainly be several hundred male Master Sommeliers, there will also be a couple of dozen women. They will, however, be forced to wear hajibs. As an aside, decathlete Bruce Jenner will become Miss America.”

“In 2018, it will be commonplace for women to be winemakers. For one thing, they work for a lot less money, and that’s not going to change!”

On Wine Competitions of the Future

“By 2018, most wine competition judges will be dogs. Most competitions are already dogs. Dogs have a keener sense of smell, and are strictly objective. However, when Premier Cru Chablis continues to win Best in Show, critics will note that dogs always prefer the smell of Butteaux.”

“Consumers will demand that wineries list everything that was added to their wines during the course of their production on the label, just to see how much they’ll lie about it. Turns out, no more than usual. After two vintages, consumers will demand the list of ingredients be removed because, well, no one gives a crap.”

“Wine will be marketed in all kinds of containers other than 750ml bottles. Wine in cans will become more commonplace, and the #1 Wine in 2018 will be 2015 Château Margaux in a Tallboy. Restaurants will charge poptoppage. Acker Merrall will auction a rare collection of six-pack cans of 1936 Domaine Ponsot Burgundy with perfect provenance from the cellar of an anonymous, wealthy Indonesian, also, ironically, in the can.”

“Sparkling wine from England will be all the rage in 2108, though they will be outshone by the bubbly from Canada, which has far more mousse.”

On a New Category of Wine

“In 2018, the great wines of the world will be prohibitively expensive for the everyday wine lover. Margaux in a Tallboy will cost $1,000 or more. Much of the fun of wine snobbery will vanish for the average consumer. And let’s face it, without pretension, wine just doesn’t taste as good. Wine snobs will be forced to turn elsewhere. What will they be able to brag about drinking that they can afford to drink? It won’t be cult Napa Valley Cabernet. By 2018, Opus One will be $300/plastic bladder — pricey, but it looks cool hanging from your belt. Château d’Yquem will run $1,000. So, while it sports a very flashy sippy cup, those prices are all Ygrec to me.

“I suspect consumers will turn to a new source of wines to be snobs about, wines they can afford, and wines not everyone can drink. The very definition of wine snobbery. A weird cult will spring up around wines that are limited in quantity and taste bizarre, which, in turn, means more and more wines will be produced that are limited in quantity and taste bizarrre. Previously unsuitable aromas and flavors, once called ‘faults,’ will become fashionable. ‘Authentic’ wines will no longer be judged by their history and pedigree, but by their level of alcohol and method of production. Wines made in small quantities by eccentrics will rule the day, much as eccentrics have forever ruled the art market. As a backlash against the people who drink wine for pleasure, a new breed of critic will insist that taste isn’t the important part of wine, or at least popular taste isn’t important. What is important? That it takes genuine effort to like it. More precisely, that it takes someone of genuine wine knowledge and discernment to appreciate it, and anyone who can’t appreciate it is to be pitied. That one must ask the person who doesn’t like it, who are you going to believe, me or your own lying taste buds? That it speaks of the place where it was grown, and since that place is foreign to you, you haven’t the vaguest goddam idea what it’s trying to say. But it says it so well. ‘Terroir’ will become synonymous with ‘I have no idea what I’m talking about,’ as in, ‘This wine perfectly reflects its terroir.’

“These wines will be referred to as Dada wines. Naturally.”