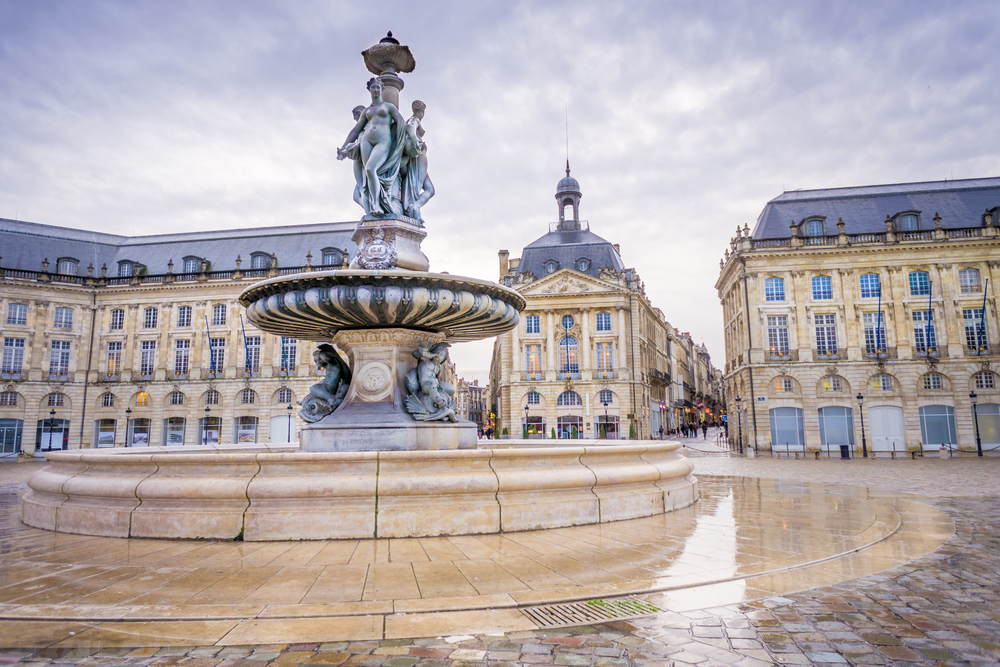 Why on earth would anyone spend €370 for a bottle of Cheval Blanc when you can buy Figeac for €120? Both seem likely to score around the 98-100 point range from most of the critics. Myself included, frankly, if either had sent me a sample. If Figeac is ‘perfect’, then what can possibly justify the also ‘perfect’ Cheval Blanc being more than three times the price?

The wine critic describing them thus would undoubtedly cry ‘shades of perfection’, but that is nonsense. If an arbitrary number is going to be given to a wine it has to represent something concrete, and not a shade. Otherwise what use can it possibly be?

Of course, the answer is that Cheval Blanc has greater demand. Its (original) status as a Premier Grand Cru Classé A (and it probably costs less than its stablemate, Ausone – which is almost certainly another slightly different shade of perfection – in that regard). The promotion and gleaming new winery brought about by its owners, its land bordering Pomerol, the unique varietal mixture of both vineyards and wine, the heritage, the classic label (although personally I prefer Figeac’s label). In short, its fame.

Sometimes you can add into this rarity – and all wines are finite. But some properties are bigger than others, and Cheval Blanc is one of them (39ha). Positively gargantuan by St. Emilion standards.

However Figeac also has quite a few of these qualities, or at least will shortly in the case of a gleaming new winery. Maybe they should treble their price. Both wines’ first tranches have, after all, entirely sold out.

Therefore, the demand is on a more ethereal level. More people have heard of Cheval Blanc. More other people will know what you spent. More people will swoon at you. If, obviously, you are the person who ends up opening the bottle. Which of course you won’t be. The vast majority of people buying Cheval Blanc 2019 will be doing so in order to resell it, hopefully at a profit. Hopefully at a big profit. And perhaps – probably even – for the first time since 2009, they will achieve that. If I could predict how the economy is going to run after all this horror-show of 2020 has passed, then I would be a great deal richer than I am. The rich always find a way of getting richer, though. And ostentation never seems to go out of fashion.

But the pool of people willing to purchase such wines dwindles as both time and supply passes. Until eventually it falls into the hands of the millionaire who does actually open it to drink it, and they will be doing so – I would advance – to show off to their friends, or possibly to themselves. If such a person was buying it for the quality of the taste, they would obviously buy Figeac instead. Because it, too, is perfect, and it’s a third of the price.

I taste En Primeur every year in Bordeaux in the Spring, and like many people I thoroughly enjoy it. I love Bordeaux and its wines, and find them curiously alluring to taste, and in the case of many of the 2019 samples that did cross my desk, to drink, even when at this embryonic stage. My reports are published on this site. This year it was not to be, and although I was sent hundreds of wines to try, I was not part of the upper echelon of critics receiving all the Grands Crus Classés, and certainly not the wines which are normally only tasted at the property. I sort-of asked, but I did not push. I am with Jancis Robinson in this respect. Barrel samples need to be tasted as close to the barrel in both distance and time as possible to be truly representative. I remember a few years ago that Stephen Brook published a light-hearted article in which he accurately predicted all the scores for the top estates, without having tasted them. He was pretty much spot on.

Not only do the scores not matter to the wine drinker, they do not apparently matter much to the wine investors, either. Would Pétrus’ sales dry up if the Wine Advocate gave it 75? No, of course not. Probably the opposite, out of curiosity if nothing else.

Perhaps I was not sent the samples that others were because last year I dared to use scores in the eighties (which I consider to be very good wines), and nothing got more than 97 (Lafleur), because, unlike the majority of other tasters, I was not so completely overawed by the very-good-in-parts, – but not entirely consistent – 2018 vintage. Several other writers did not share this view, or at least not so much – and there were some dazzling scores. Now they are adding 2 points onto the 2018 score for the 2019 wine. Or so it seems. But with dozens of ‘perfect’ wines last year, we will now have a Dulux chart of shades of perfection to choose from among the 2019 wines. Or we would, if the good (i.e. famous) ones were not sold out already, in many cases before any scores have been published.

It really is an exceptional vintage, the best since 2016, and the equal of 2010 in both style and quality, perhaps even better than that. On one level, with the price reductions of 15-35% from the 2018 releases in many cases the wines are – in the loosest possible sense – bargains. Although there is probably much gnashing of teeth amongst those holding big stocks of 2018. And what if 2020 is even more perfect? It might happen. Winemaking with money-no-object and prices to allow for the declassification of wine considered lesser in any way, coupled with global warming and accurate meteorology probably means that Bordeaux has seen its last ever truly ‘poor’ vintage, although I do worry for the future of Merlot in an increasingly greenhouse world. Still, there were plenty of ‘perfect’ wines from the heatwave of 2015.

The counterpoint to all this is, however, that there are some truly lovely and occasionally astonishing wines being made that represent absolute bargains. Estates which millionaires in Monaco and Macau would turn their nose up at because of an unknown name, with the assistance of a talented consultant, and the benefit of some near-perfect growing conditions, have produced wines that if you put them in a tardis and snuck them in the the En Primeur tastings of twenty years ago would likely have Robert Parker and others in rapture. Often for less than €20. Unlike 2018, it is a very consistently good vintage (from what I have tasted, and read). If you have a favourite ‘petit château’ I think you can order the 2019 wine with alacrity. After all, if your intention is one day to drink it, what does it matter if the price doesnot balloon?

I will shortly publish my notes on those wines that I did get to taste.

The extraordinary events of 2020 have shown that the En Primeur system does not need wine critics. The famous names will sell anyway, even in advance of their scores, which have in some ways been rendered useless because of score inflation – the ubiquity of perfection. People, or at least rich investor people, buy the label, not the contents.

As many people, I wondered whether this year might be a good opportunity for Bordeaux to take stock. To show the wines once they were actually finished, next year. But they did not, and it has worked. Although many châteaux are releasing only a tiny percentage of the wine produced and taking advantage of the availability of appropriate storage and lack of need to monetise the production in a hurry, the releases are selling out. The prices may be less than those for the 2018 wines, but they certainly are still a whole lot more than the cost of production. As Robert Parker may well have said – kudos.