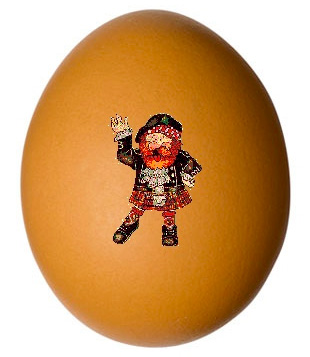 Once upon a time, in the little village of Arse-Ende-of-Knowhere, in the county of Generallydullbutlovelyinpartshire, there was an elderly farmer called McDonald whose hens laid unusually tasty eggs. These eggs were so good, in fact, that local well-informed chefs and gourmets sought them out. No-one could say precisely why Old McDonald’s eggs were so good. Some suggested that it was because of the cool weather in his bit of the valley. Others credited his particular breed of hens or the quality of his corn. And then there were those who said that it was simply to do with the loving care McDonald devoted to his flock, especially after the departure of Mrs McDonald with a handsome Japanese chicken sexer.

Whatever the explanation, it did not take long before McDonald’s neighbours – some of whose eggs were nearly as good as McDonald’s – decided that they wanted a slice of the action. So, one day, a meeting was convened in the village hall and it was decided by common assent that Old McDonald’s and all of the other farms in the commune would all sell their eggs under the collective but slightly abbreviated “basket” name of Arse-Ende. Very soon, Farmers McDonald, McSporrin, McHaggis, MrTartan and McKilt were all offering eggs that bore the distinctive Arse-Ende logo over whose use they now had the monopoly.

Within a short while, however, they and a growing number of other Arse-Endeans realised that the world was still overly focused on McDonald’s eggs, so they decided to employ a specialist public relations professional called Al Bumin who was tasked with promoting the Arse-Ende basket generically and putting all the farms of Arse-Ende on the map and differentiating their eggs from ones produced elsewhere.

Al’s first task was to try to persuade the farmers to agree on the size of the typeface in which Arse-Ende was printed on their packaging. “You shouldn’t all be so keen to promote the names of your farms; for the collective good of the commune people should be looking out for Arse-Ende first; producer second. Many of the farmers followed Al’s advice, but it was agreed that McDonald and one or two of his neighbours could be exceptions to the rule because people were already familiar with their distinctive style.

Al then invited leading eggsperts – as he called them – from the Eggsaminer magazine and Eggsquisite, a new egg-focused lifestyle online publication, and arranged for samples to be sent to leading Masters of Eggs (MEs) and opinion-formers such as Oz Cluck, Jamie Goode-Egge and Humphrey Dumpty, the so-called Emperor of Eggs whose ratings in his Saton-Awall newsletter were said to be able to make or break an egg.

These efforts attracted the interest of keen egg enthusiasts (“lifes-a-yolkers”) and professionals. Soon, a growing number of dentists, lawyers and gynaecologists and their like began to arrive in search of the little chicken farm they’d always dreamed of owning. Other new arrivals included larger concerns such as Egg-o-Laid and the Sweet Fanny Corporation of Allsfair, Missouri (more commonly known as Sweet-F-All), one of the biggest egg producers in the world. Sweet Fanny commissioned the architect of the famous Eggenheim museum to design a huge new egg plant in Arse-Ende (nicknamed the Aubergine on account of its colour and shape), and signed deals with many of the producers, guaranteeing to buy their eggs.

Everybody was very happy until… Well, first there were questions over the effect rapidly increasing production was having on the quality of Arse-Ende eggs. The solution to this, proposed by Tom Tweedle was the subdivision of the village into Big-Arse-Ende and Little-Arse-Ende, but this met with fierce opposition from his twin brother Tim whose farm was at the other end of the commune. There were also unseemly squabbles with the next door hamlet of Bigge-Butte over the boundaries of the two villages. Further friction was caused by Farmer McKilt’s decision to sell goose and ostrich eggs. These “blockbuster” efforts went down well with the Eggsaminer, Cluck and Dumpty but scored no points with the other Arse-Endeans or with another well-respected female guru called Eggsis who paradoxically supported a move towards quail-egg production.

Packaging was another major issue. Eggs had traditionally always been sold in brown paper bags which were said to allow them to “breathe”. Now there was a move to put them in cartons which would protect them from cracking and breakage. McDonald surprised his neighbours by experimenting with various forms of carton before opting for a recyclable model that specifically suited his eggs. Traditionalists murmoured that the cartons were a clever ploy by Sweet-F-All to make Arse-Ende eggs more attractive to supermarkets. These fears seemed to have been substantiated when it was announced that the corporation had signed a deal to sell cartons of Arse-Ende eggs throughout the huge Rocke-Bottomme chain. McDonald and a few of the old-timers decided not to include their eggs in the deal.

By now Arse-Ende was producing rather a lot of eggs, and after a few months on the shelves, Hugh Jeggo, chief egg buyer of Rocke-Bottomme, explained that they had to drop their prices to compete with Bigge-Butte, whose two-for-one deals were commonplace. The farmers, who foresaw selling at a loss, called another village hall meeting and challenged Al Bumin to resolve the problem. “I’ve recently discovered that there’s no getting awaty from the nature of the basket system” he disarmingly replied. “If you want to sell a lot of eggs, you have little alternative but to deal with Rocke-Bottomme. And if you deal with them, you have no choice but to discount.”

As the farmers gaped at him in dismay and surprise, Al, went on regretfully to explain that he couldn’t in any case continue to help promote the Arse-Ende basket because of a conflict of interest. He had just signed an agreement with McDonald, McSporrin and McHaggis to work for them. The three farmers had decided that being part of Arse-Ende or one of its sub-divisions, really didn’t suit them; they preferred to work as a small trio of independent producers with a shared set of standards and values.

When Al and the breakaway group were accused of undermining the basket system on which the egg trade had been built, he replied that his change of mind had come from a study he’d read about the wine industry. Most wine producers, he explained, also favoured a basket model, though they tended to call it an “appellation” or “denomination”, but some of the wisest among them had learned that this was rarely advantageous to the ones with aspirations to quality.

The Arse-Endean farmers were no more familiar with wine than most wine producers are with eggs, but they listened intently to what Al had to say. On the one hand, he revealed, there are the wine baskets that few people have even heard of and fewer still that are on their shopping lists. “Which of you,” he asked,  “has ever gone out to buy a bottle of Utiel Requena or Cabardes?” Then, he continued, there are the appellations most people have heard of, such as Bordeaux, Rioja, Champagne and Marlborough Sauvignon Blanc. And all of those suffer from being treated as commodities by big retailers who want to buy and sell them as cheaply as possible.”

“The commoditisation”, he continued “is apparent all over the wine world” he continued. “Scandinavian monopolies put out tenders for particular appellations, and retailers internationally consult updated tables detailing the latest bulk prices for, say, Bordeaux Supérieur, Beaujolais or Rioja. Some appellations, he repeated, are much more desirable than others. So, there’s always a slot on the shelf for Sancerre but not for Quincy, a similar wine style made in the same way and from the same grape variety a few miles down the road. This may seem unfair to winemakers in Quincy with similar quality aspirations to Old McDonald, but maybe it’s hardly surprising when one considers that anyone Googling the appellation’s name has to scroll past 27 other Quincys before encountering even a mention of the wine. 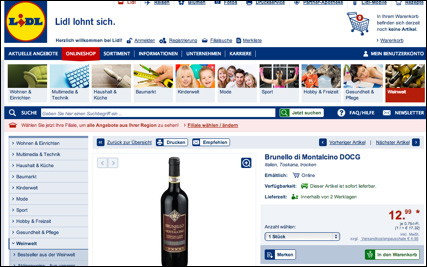 Wines selling under the same appellation varied hugely in price, style and quality.  The Nuits St Georges on offer at £15 in UK supermarkets and the €13 Brunello di Montalcino on sale at Lidl in Germany, for example, tasted far more ordinary than wines bearing the same regional names but selling at three and four times the price. Some Riojas and St Emilions are as humungous as McKilt’s Ostrich eggs; others could be compared to Eggsis’s favourite quail eggs.

Some of the smartest wine producers, such as a Spanish fizzy-wine maker called Raventos I Blanc, have reacted to this situation by wholly or partially quitting their basket. 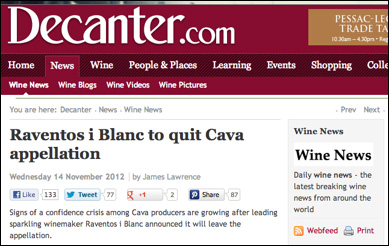 Others simply “transcended” their appellations: he named examples like Leroy in Burgundy, Palacios in Priorat, Gaja in Barbaresco and Cloudy Bay in Marlborough whose followers paid such high premiums for their wines that the name of the place they came from seemed almost irrelevant.

And then there was the growing number who were joining up with neighbours whose values and quality aspirations they shared. Lovers of Portuguese wines were more likely to buy a wine from one of the members of the Douro Boys than to trust the quality of bottle of Douro from a producer they’d never heard of. This trend was as becoming increasingly apparent in the so-called “New World” where Vale Cru had gathered a group of good, small producers in McLaren Vale. 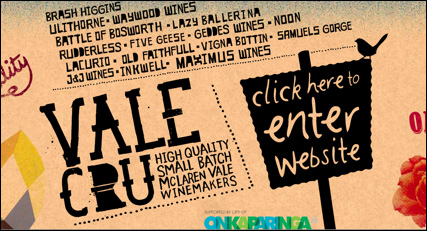 McDonald, McSporrin and McHaggis, Bumin said, were now going to work together as Egge-Heades, and were not planning to have much to do with Sweet F-All or Rocke Bottomme. He took pains to neither confirm nor deny village rumours that one of the breakaway producers had quietly registered the website domain name of cantbearsed.com.