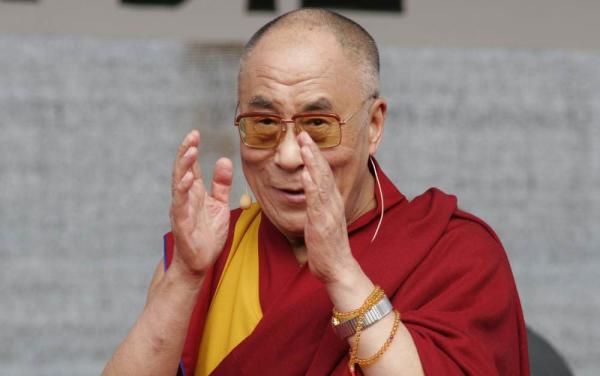 Controversy in Germany when the details of the country’s sparkling wine producers are made available online for the first time. ‘We know not everyone agrees with making the Sekt Offenders Register public,’ says spokesman Fritz Unstartz. ‘But we think it’s important for people to know if a peddler of this filth is living in their neighbourhood.’

The CIVB releases a press release heralding the ‘amazing potential’ of the 2017 vintage. ‘The vines are magnificently dormant,’ said a spokesman. ‘I have never seen them so sleepy. Truly, we can expect great things at harvest time.’

Burgundy producers deny that they are ‘totally having a laugh’ when en primeur prices officially make the region’s wines, weight for weight, the most expensive substance on the planet. ‘This is simply no more than we deserve,’ said BIVB spokesman Roger Thesaurus . ‘After all, what is the point of gold? You cannot even drink it. Unless, perhaps, you are a rapper. I believe they do things like this.’

Referencing Theresa May’s famous ‘Brexit means Brexit’ line, one of the most famous sommeliers and restaurateurs in the world releases a T-shirt with the slogan ‘Basset means Basset’

There are red faces all round when a video posted online of dozens of immobile figures standing behind tables turns out not to have been a carefully staged Mannequin Challenge but a slow afternoon at the Wines of Bulgaria annual tasting.

One of New Zealand’s most famous wine producers is forced to apologise when he is caught on video, describing Austria’s latest sweet wine DO, Seewinkel, as sounding ‘like a name for a turtle’s todger’.

Accolade Wines decides to ‘cash in on 1980s retro chic’ with the launch of three wines referencing the decade’s pop acts. The frizzante, ‘Rick Asti’ is popular with the ladies, ‘Durif Durif’ is initially impressive but hard to finish, while the Pet Nat Boys is described by critics as ‘inexplicably popular’.

Responsibility in Alcohol campaigners face a setback following a mass brawl in Logroño between different factions arguing about the correct oak use in Rioja. ‘Coming on top of the riot in Barolo last month between traditionalists and modernists, it’s set us back a bit,’ admits a spokesman.

A bar in London is accused of ‘taking cocktail art too far’ with its latest creation. The Dalai Lamatini is made of XO Cognac, Sauternes and specially startled oranges. It is served with atomised essence of humility, harvested from Shaolin monks, and garnished with basilisk tears. It costs £2,500 and takes two years to make.

Confusion in Canada, when, due to shared acronyms, delegates for the International Cool Climate Wine Symposium end up at the International Conference on Cyber Warfare and Security. ‘There wasn’t a lot about ripeness levels,’ said one attendee, ‘but anyone who tries to screw with my website now is toast.’

The opening of a halal fast food joint, Burka and Lobster, is described as ‘insensitive’ by the Muslim Council of Great Britain.

Researchers at the Université du Vin in Bordeaux push back the borders of neuroscience by identifying a new wine-related fault – that infects people rather than the product itself. ‘Kirk Taint is easy to spot,’ says chief researcher, Quentin Croquant. ‘Key indicators include massive overacting, hyperbolic twitter postings – often including multiple photos – and shareable, but vapid expressions like “OMG it’s wine Jim, but not as we know it” usually with multiple exclamation marks and half a dozen emoticons.’ Scientists say that though the condition is growing among all sections of society, and is already endemic amongst bloggers, it can be easily treated by switching off wi-fi.

A Basque producer finds himself in court, when he is secretly filmed ‘making wine’ by decanting battery acid into a bottle and putting a label on it. In his defence, he cites the fact that the wine later came top in a blind tasting of Txacoli wines at Decanter, with judges praising it for its ‘wincingly puckering acidity’, ‘undrinkable freshness’ and ‘decidedly non-New World avoidance of fruit.’ Following news that Champagne and Chianti have renewed their ‘twinning’ arrangement, head of the CIVC, Piper-Charles Bollinkrug, causes a storm on Twitter when he suggests that the British sparkling wine industry should be twinned with the Norwegian football team because ‘they too are cold, wet and mostly pointless.’

Scandal west of the Andes, when it turns out that Chile’s ‘wine valleys’ don’t exist and that all the country’s wines come from a vast plain in the Central Valley. ‘We always thought that the names were a bit suspicious – a bit made up,’ says investigating officer, Cher Loque-Maisons, ‘I mean Maule is named after a Star Wars villain, Casablanca is a film, Itata is from that song in the Lion King and Elqui means ‘a bit like a deer’ according to my dictionary.’ Investigators traced the fake DO’s back to a ‘Valley Creation Squad’ in a broom cupboard within the Wines of Chile office in Santiago. ‘They had these young kids in there brainstorming new ideas,’ says Maisons. ‘There were magazines and dictionaries everywhere… by the end they were just picking letters at random from a Scrabble bag. It was tragic really…’

Health campaigners and sensible drinking bodies unite to condemn the latest craze amongst thrill-seeking natural wine enthusiasts in California. Wine Fault Roulette sees participants randomly opening bottles from a case and downing the contents, whatever the condition of the wine. ‘It’s a real buzz,’ says Brady Bunch, head of the hardline Hug-a-Bug movement. ‘Some of the wines are ok, but others really fuck you up, man. Doing a case of unsulphured coastal Pinot is, like, the bomb…’

Six people are pulled from the rubble when a tasting room collapses in Mendoza. Initial fears of an earthquake, however, prove unfounded, with investigators discovering instead that the building’s foundations were unable to cope with the delivery of a dozen cases of the new ‘Reserva del Patrón’ icon wines.

In the run up to Christmas, stemware specialist Schmiegel Glass launches a range of three new decanters ‘inspired by the notion of decadence and luxury’. One is in the shape of a swan, one is encrusted with diamonds, and one is a three metre high replica of the Burj al-Khalifa. ‘It’s mostly for display purposes,’ said a spokesman. ‘We wouldn’t expect anyone to actually pour anything out of it. Much like most decanters.’

Argentina’s producers are accused of ‘shamelessly cashing in on Christmas’ by launching a hot ‘Mullbec’ spiced with cinnamon and cardamoms. Critics describe the wine as being ‘a bit like a dialled down Barossa Shiraz’.

The last two silver service sommeliers in the UK are taken off to a ‘pouring zoo’. ‘You might not know it, to see these two little guys happily gambolling around and grumbling about minerality, but they really are an endangered species,’ says Bugg Saver for the World Winelife Association. Environmentalists say that casual dining has been destroying the sommelier’s natural habitat for years, and many are simply too drunk or cynical to breed after working a 14 hour day. ‘But we hope they’ll be safe and relaxed enough to start a family here,’ says Saver. ‘With their cute black and white markings, comical ineptitude with a corkscrew and lovable shrugging action, kids love watching them. It’d be terrible to think of a world without the sommelier.’