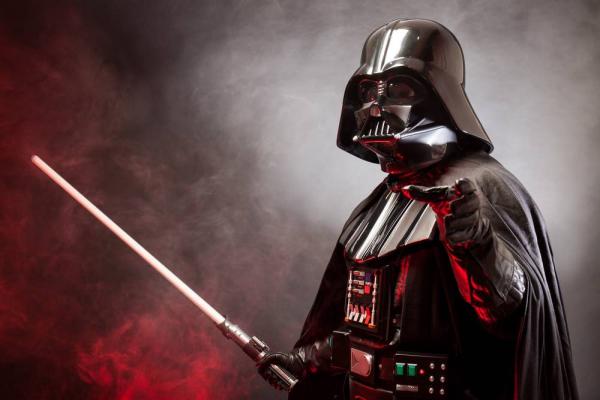 I traveled and tasted widely for this review of the wines of 2017. I think, in general, the vintage can be summed up as miserable. The wise consumer should give ’17 a Pass—“Donner” seems appropriate. This is not unexpected, of course. Most of us began dreading 2017 toward the end of 2016. It turns out with good reason.

My tastings, which cover every significant wine region on this doomed planet, show that, with few exceptions, 2017 was the worst year ever recorded since wine reviewing began. Which means, on a bright note, that Pinot Gris quality remains steady.

My tastings were conducted in my normal fashion. I put each wine in my mouth and hated it. I’ve provided brief summaries of the vintage below, but, frankly, my briefs were frequently skidmarked. You can find more detailed descriptions and scores for individual wines elsewhere, but I’d be inclined to just get over it. My highest scoring wine for the entire vintage from anywhere in the world was the 2017 Château Pavie, which I awarded 96 points, mostly just to piss off Jancis Robinson MW. In truth, Pavie is, as usual, more overextracted than the plot of a “Star Wars” sequel.

The vintage began rather normally on January 1st, right about average for previous years. By the 2nd, all hell had broken loose. Then January 20th arrived, and everyone knew it was all over. Worst vintage ever. According to the Chinese calendar, it’s the Year of the Rooster. And, sure enough, there was one big cock entering the White House. This was the subject of many a conversation as I tasted the wines of 2017, and it may have contributed to the bad taste left in everybody’s mouth. Others might attribute the disastrous vintage to climate change. Whatever that is. Don’t be silly. Come on, everything changes, with the possible exception of Barefoot Moscato, which is wine in the same sense that cat shit is pâté. For God’s sake, bury it, don’t put it in your mouth. And both rely on crackers…

Simply, the 2017 vintage will long be discussed, and reviled. However, there are some bright spots. Corked wines showed particularly well in my tastings, for example. Pinotage may have needed the worst vintage ever to compete with the best wines, and it got it. For its real fans, in 2017 Prosecco never tasted more like fizzy urinal cakes! Plenty of good news in 2017 if you just know where to look.

First of all, how are you ever going to make good wine harvesting in February and March? Top producers in Argentina are now training their vineyards to be picked in September, as God intended. Forward-thinking artisan producers have arranged large mirrors over their best vineyards to deflect the sun’s rays and convince the vines that they’re in the Northern Hemisphere. As an added bonus, pesky birds are killed in large numbers flying into the mirrors. Though vineyard dogs spend all day barking at their reflections, and Michel Rolland can’t stop gazing at himself long enough to manipulate the crap out of everything. So there are pitfalls. Argentinian wines are lousy in 2017, but they’re worse in Chile. There are even rumors that the Chileans were secretly smuggling Malbec out of Argentina because their wines were so godawful they thought Malbec would be an improvement. But they were Côt stealing.

One thing about New Zealand in 2017, the wines are consistent. It was a really special vintage for Sauvignon Blanc. A lot less cat’s pee, and a lot more dead cat. Most are musty, and reminiscent of the darkest recesses of the ancient Egyptian Pyrazines at Giza. They made my Sphinx pucker. Australia didn’t fare any better. It was just a terrible vintage Down Under. Penfold’s had some success with their signature “Bin 707” Cabernet, but it was their 2017 “Bin Laden” that truly impressed me. It’s an unusual wine, and one of my favorites of the vintage, because it’s made using a rare and dangerous technique called carbombic maceration. Oh, trust me, it’s a crowd-ender.

I’ve already mentioned that Pinotage is having its day in the disastrous 2017 vintage in South Africa. Every other variety had a forgettable year, rendering Pinotage as close to drinkable as its ever been. It’s now the official wine of Boko Haram! It might not kill you, but it does make you want to disappear. Stellenbosch had its worst vintage since the late ’90’s (a vintage memorialized in a classic Prince recording, “Tonight we’re goin’ apartheid like it’s 1999”). And, frankly, their neighboring appellation released their crappy bottlings too soon, casting Paarls before it’s wine.

2017 is so terrible in Bordeaux that Wine Advocate only awarded 12 perfect scores. It’s so bad that Mouton-Rothschild announced the label art for the 2017 vintage will be “Dogs Playing Poker.” Burgundy was overrun with White Supremacists, suffering their worst Heil storm in centuries. Tasting through the 2017’s, Rudy Kurniawan was overheard saying, “Hell, the whole vintage is a fraud. It puts the ‘Ack’ in Acker Merrall.”

The wines I tasted from the Rhône Valley were particularly terrible. Marcel Guigal was forced to declassify his La-La’s to Ha-Ha’s. Though the Ha-Ha Landonne was pretty good, the Ha-Ha Mouline is atrocious, and only good with frozen dinners. I enjoyed it with Mouline Cuisine. Châteauneuf-du-Pâpe is so bad Pope Francis asked that its name be changed to “Châteauneuf-de-Frocked.”

2017 was a disaster all over France, or, as they call it in the Jura, Vintage of the Century!

I had hoped that somewhere in Italy good wines had been produced. But 2017 looks to be the worst year in Earth’s long history. See, we were right. In Barbaresco, Angelo Gaja said that the vintage was so bad, he was Sorí he was ever born. Chianti was a total fiasco, the last straw. If you tasted the miserable wines from Southern Italy I tasted, you’d also have realized that Obama isn’t the only unhappy Negroamaro in 2017. Even Sicily had a disastrous vintage, though that did endear it even more to influential sommeliers. Frank Cornelissen made his 2017s in traditional amphorae buried in the soil, said a few words, then left a headstone. The wines, he said, died of natural causes.

German wines are universally awful in 2017, but they age! You’d have to taste through innumerable Austrian wines to find a Grüner Veltliner worth drinking, so somehow they managed a normal vintage. Many producers decided to make orange wines from Grüner, yielding lovely Brown wines — at last, a wine that looks like it smells.

Portugal and Spain also had a horrendous 2017. Not only will 2017 not be declared a Vintage in Port, it’s so bad they’ve created a new category of fortified wine. Add to Vintage, Character, Tawny and Ruby the newly created Spoils, a prediction of what the wines will do to your evening. Man, you have to hate a Spoils Port. Forget about Spain in 2017. The wines I tasted were characterized by a lack of character rivaled only by Trump’s Cabinet.

But as lousy as the wines are all over the planet in 2017, none are worse than the wines of California. The ongoing drought left producers in Napa Valley scrambling to raise prices high enough so that they could be discounted down to 30% higher than 2016. Most Napa producers claim that their finest Cabernets were put through a rigorous sorting process, which then had to be ignored at great expense. Even Zinfandel, the state’s signature grape, had a tough year. Growers of old vines are calling it a Bill Cosby vintage — precious yields were way down, and the wines suck even when judged blind. Yet let it be said that Americans had decided 2017 was going to be a horrible year, so perhaps they got what they deserved. We usually do.