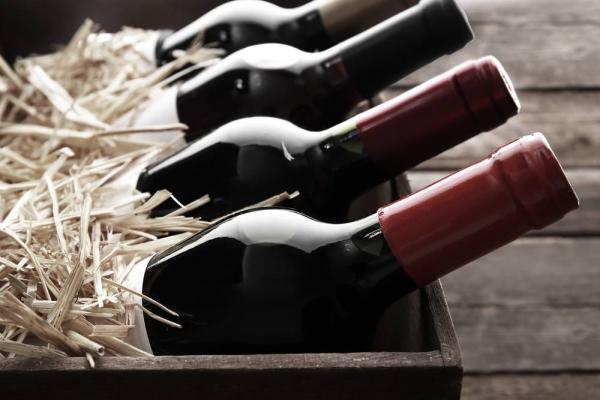 Is there a quicker way to get to know someone than by flicking through their music collection or browsing their bookshelves? Both feel like a little glimpse into their soul. For wine lovers, rifling through someone’s cellar can be equally enlightening. I’ve spoken to some of the best wine writers in the UK; they advise us on what to buy, but what do they spend their own money on? Where do they put it all? And what will they be digging out on Christmas Day? Tim Atkin MW, Oz Clarke, Richard Hemming MW, Victoria Moore, Olly Smith and John Stimpfig all agreed to give me a virtual peek into their cellars.

Whether it’s art, wine or Pez dispensers, most collections start out with an innocent purchase. You develop an interest, individual items build up, and before you know it you need somewhere to house it all. It’s not surprising that Victoria Moore and Richard Hemming, the youngest of our group and both living in London, have the least space to dedicate to wine; both rely on a wine fridge. Moore’s has been full since she bought it. “I don’t really have a wine collection. I have nowhere to put the bottles once they arrive in my flat,” she says, “which is a HUGE disincentive when it comes to buying wine. I’ve madeirised too many bottles to feel good about having nice wine sitting here.” Wine writers are bound by practical considerations just as much as anyone else.

Richard Hemming’s Eurocave houses “pretty much 30 single bottles of wines from all over – Barolo, Côte-Rôtie, Port, Bordeaux, Napa Cab, Riesling from Mosel, Australia, Hermitage Blanc, Manchuela, English fizz, Swartland, Croatia, Santa Barbara Pinot Noir, Bulgaria, Croatia, Naoussa, Itata, Châteauneuf-du-Pape” and “a bottle of Sake that I don’t know what to do with.” I’m sure every wine collection has such a bottle: one that you don’t want to get rid of, but whose drinking occasion never seems to arise.

Of the 1,000 or so bottles that Oz Clarke can squeeze into the old coal cellar under his stairs, at least 800 of these are also single bottles, from as far afield as Canada, Georgia and Jordan. “I don’t normally want 12 bottles of anything nowadays – too much wine, too little time!” he explains. There is one region that features particularly strongly however. “Bordeaux – partly because I like Bordeaux, it’s where I started out… And I write a book [on the region], so each year I have to buy a certain amount so I can check out how the vintages are developing.” He tips 2014 as a recent vintage that will age well thanks to its acidity and hint of underripeness.

Tim Atkin’s collection is larger still, with over 1,500 bottles kept in a Spiral Cellar at his home and a further 60 cases of fine wine in a professional storage facility. “There’s a lot of Burgundy (red and white), Barolo, German Riesling, Rioja and South African reds and whites,” he says, “but I have very broad tastes. So there’s a bit of (almost) everything in my cellar. The only thing I don’t buy are “natural” wines, although there are some Georgian Qvevri wines down there.”

An equally large but rather more esoteric cellar is owned by Olly Smith. “I have a wall of Tokaji, lashings of Greek wine, and 80% of my fizz stash is now English bubbly”, he says, not to mention “a secret Cognac hole which glows the colour of glory when it winks at me”.

John Stimpfig’s collection is rather more classic – Rhône, Loire, Burgundy, Champagne, Rioja, Italy, Australia amongst other things. “However, one of the most interesting things about it is where it is stored. I live in West Oxfordshire and don’t have a cellar. Fortunately though I have friends in the next-door village who bought the house which belonged to Edmund Penning-Rowsell which has a magnificent double cellar. And that’s where I keep most of my wine. On the door, you can still see the original labels of great Bordeaux bottles which Eddie opened and kept from the 20s, 30s, 40s and 50s. Most of my wine is also red Bordeaux but not quite in the same league as EPR’s!”

One benefit of keeping a cellar is being able to mature wine in the right conditions until it’s ready to drink. Another feature of Oz Clarke’s collection is the amount of mature Australian wine it contains. “Stuff going back to the 70s,” he says, “and all in fantastic nick. The stuff from the 70s is in better nick than most of the stuff from the 90s because it wasn’t made in an overripe, high pH, residual sugar style – the style that has been the curse of fine, warm climate reds from the last 20 years and that – thank god – seems to be fading at last.” Wines like this are very difficult to find, so keeping your own cellar can be the source of rare insight into regions and styles you enjoy.

Some wine collections are built with investment and resale in mind, but that’s not the spirit of these cellars. Only one of our candid collectors even mentioned selling wine, and that was Atkin: “It’s very rare that I sell wine. And when I do, I tend to regret it, like the case of 1990 Chave I sold to buy a second-hand car.” Personally speaking, I’ve only one bottle on the market: a jeroboam of Bollinger RD 1995, which I’m hoping to sell to fund my 40th birthday party. If I can’t shift it, it will effectively become my 40th birthday party. Either way, I’m pleased it’s wine that I collect; try basing a party around a philatelist’s favourite stamp.

As for buying wine, four of our journalists are members of The Wine Society. And everyone I spoke to buys from at least a couple of different independents. Berry Bros. & Rudd got four mentions; Flint Wines got three; O.W. Loeb, two; and the following were all mentioned once: Armit, Butler’s Wine Cellar, Charles Taylor Wines, Corney & Barrow, Genesis, Goedhuis, Handford Wines, Howard Ripley, Justerini & Brooks, Lea & Sandeman, Roberson, Symposium Wine, WineTrust100 and Yapp. As for brokers, Bordeaux Index and Farr Vintners were both mentioned twice. Two large chains were popular: half of our six journalists bought from Majestic and two of them from Oddbins. Supermarkets aren’t ignored either; both Aldi and Waitrose were named twice, with single mentions for Asda, the Co-Op, Lidl, Marks & Spencer and Sainsbury’s. Canny Mr Smith also buys from auction, where he recently bagged a bargain magnum of Cos d’Estournel 1982 to go with his Christmas turkey.

And what will everyone else be drinking on Christmas Day? Yet again, practical matters tend to trump personal taste. Moore is ordering in “lots of cheapish French reds which my parents love to drink… and my brother has asked me to pick a white wine that goes well with soda.” She’s sneaking in some St Cosme Côtes-du-Rhône Blanc and a bottle of St Emilion for herself though. Hemming sums it up: “Family drinking calls for value. And volume.”

Clarke will be drinking English fizz, New Zealand Sauvignon Blanc, “some decent Australian and Chilean and a bottle of 1982 just for the sheer joy of it” all washed down with a cleansing Asti Spumante. Stimpfig’s list is Christmas classics all the way: “I’ve got my eyes on some Gonzalez Byass Fino, vintage Taittinger for fizz, Chablis (domaine TBC) and a couple of smart Italians from Tenuta San Leonardo (2004) and Castello del Terriccio from 2001. Oh, and let’s not forget the tawny (Graham’s 20-Year-Old) and some Suduiraut 2003.”

Atkin is looking forward to choosing closer to the time. “Part of the pleasure of entertaining (not just at Christmas) is to go down into the cellar and ferret out a few bottles. It’s not quite a lucky dip, but there’s all sorts of stuff down there that I’ve forgotten about. It’s part serendipity and part impulse.” No two wine collections are the same: each is very personal. When somebody raids their cellar to share a bottle with you, you can be sure it’s not an entirely random selection. To a collector, every bottle has its own back story, and they are choosing to end that bottle’s story with you. The funny thing about a wine collection is that the real pleasure comes not in building it up, but getting together with family and friends, and, bottle by bottle, gradually depleting it.