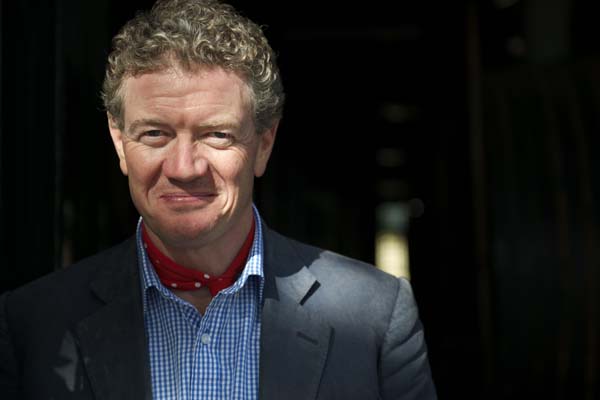 What does it take to make a great wine? An amazing vineyard is the most obvious answer, preferably but not necessarily planted with old vines. You can’t put lipstick on a pig, as the old advertising adage would have it, and the same is true of wine. Mediocre grapes will only ever make mediocre vino, although it doesn’t necessarily follow that the best grapes will produce an elixir. There are plenty of examples of historic vineyards betrayed by poor winemaking.

Human beings are important, too. After all, wine doesn’t make itself. It also needs people to plant, prune and pick a vineyard, not to mention blend, market and sell what goes into the bottle. But there’s another ingredient that’s seldom mentioned in the fine wine business, at least overtly: cash. Low-tech, low- investment wineries aren’t necessarily doomed to fail, but wine is generally a capital-intensive business; hence the saying that it takes a large fortune to make a much smaller one out of wine.

As the debonair Christian Seely, managing director of AXA Millésimes, whose portfolio includes properties in Bordeaux, Tokay, Burgundy, the Languedoc and the Douro Valley puts it: “Money isn’t very romantic, but you need it to succeed. That and a burning desire to make something amazing.”

He should know. AXA bought the run-down Quinta do Noval in Pinhão 20 years ago for US$15m dollars. Replanting 100 hectares of vineyards and modernising the winery has cost another $7m, Seely estimates. But Noval has proved to be a good investment. Its market value today is closer to $60m – not exactly a quick buck for AXA, but with hindsight a very smart buy.

The resurrection of Noval after what Seely calls “the car crash of the 1980s” couldn’t have happened without money. But it’s a human story, too. One of Seely’s smartest moves was to appoint António Agrellos, who worked for the previous owners on a consultancy basis, as full-time winemaker and empower him. “The terroir is magnificent at Noval,” adds Seely, “and always has been. But Noval needed some love, care and organisation. Now we have a team that’s proud to work here.”

Seely and Noval have been celebrating their 20th anniversary in charge this autumn with two big tastings of the quinta’s Ports, including Nacional, its ungrafted flagship wine: one in London and one in the Douro Valley. The latter was the more complete of the two, including wines from the glory days of the 1950s and 1960s, the trickier times of the 1970s and the 1980s and the modern, post-1994 era, when Noval has regained its reputation.

To be fair to the previous owners of Noval, they weren’t alone in making some poor wines in the 1980s. Richard Mayson, author of the indispensable Port and the Douro, says that “many leading shippers had a car crashes of the their own with Vintage Port in the 1980s”. Yields were often too high, it was hard to find labour to tread in the lagares and work in the vineyards and very few houses declared vintage Ports between 1985 and 1991.

The tasting demonstrated the changing fortunes of this great estate. The wines from 1955, 1963 and 1966 were incredible, while those from the 1970s (1970 and 1975) were less exciting. The wines from the 1980s were mostly poor and sometimes faulty, with volatile acidity and over-prominent fortification common failings. Then came the injection of AXA cash and the arrival of the new team.

Seely admits now that the 900 cases of Vintage and 190 cases of Nacional Noval made in 1994 were intended as a statement of intent. “We wanted to say that Noval was back,” he remembers. Looking at the wines today alongside those from the 1980s, they look, smell and taste like Ports from a totally different, more modern era. The washed out, faintly cheesy wines of the previous decade were replaced by something denser, richer and more vigorous.

Most significantly, both for merchants and Port lovers, the 2011s are the best wines that Noval has made since 2000. Unless you have very deep pockets, you may not be able to afford the Nacional, one of the greatest young Ports I’ve ever tasted, but the straight Vintage is cheap by the standards of the best French, Italian and Spanish table wines.

Twenty years is a long time in human terms, but in the life span of a great estate it’s considerably shorter. And yet something remarkable has happened at Noval in the last two decades. AXA’s money, Christian Seely’s intelligent stewardship and a focused, hard-working team have changed the fortunes of one of the Douro’s finest properties. After a period of relative decline, it’s back where it belongs – at the summit of the Port industry.