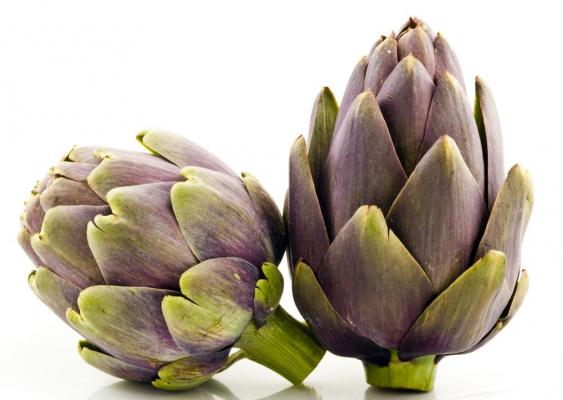 I really shouldn’t admit this as I could be talking myself out of a job, but most food and wine matching comes down to basic common sense. You don’t have to be a genius to realise that heavy red wines work best with rich red meats, that the delicacy of a Dover sole would be overwhelmed by anything other than a light, crisp white and that wines with a saline twang make the ideal partners for shellfish and molluscs. No mysteries there.

Nevertheless, some ingredients seem intent on chucking curve balls at our palates. Rising to the challenge of finding an adequate wine pairing for some dishes can be so difficult that it’s tempting to give in and drink beer instead. Rather than succumbing to the dark side, though, here are some ideas that should allow you to stick with wine even when contemplating the trickiest of tastebud teasers.

In spring, a gastronome’s fancy lightly turns to thoughts of artichokes. These spiky vegetables, relatives of the thistle, contain a chemical called cynarine that make most wines taste weirdly sweet – or, even more unpleasantly, give them a metallic tang. The first step in mellowing artichoke’s aggressive personality is to serve it with other flavourings. Vinaigrette by itself will only make the problem worse (the acidity levels will attack the wine on a completely separate front), but adding plenty of chopped herbs to the dressing can soften the blow. Better yet, serve your artichokes en barigoule, a traditional Provençal dish with carrots, fennel and onions, or with an Italian-style tomato and herb sauce. In terms of your wine, go mano a mano and pair the spiky blighters with a wine that fights back. Gruner Veltliner has what it takes, and Birgit Eichinger’s crisp, dry Klassik, Weschselberger, Kamptal, 2015 (£19, Armit Wines) has enough personality to stand up to the artichoke’s bullying tactics. Alternatively, dry sherry is often the answer when facing a taxing pairing problem, and the concentrated umami flavours of Equipo Navazos’ La Bota No59, a Manzanilla Pasada (£31.95, www.winedirect.co.uk) should see you right.

Wait a couple of months and the first of the British asparagus should hit the shops. People often talk about this veg as if it were a tricky match. It’s not. Herbaceous Sauvignon Blanc works well, as will a crisp, crunchy Semillon. Even better, find yourself a Semillon Sauvignon blend, such as Stella Bella’s punchy 2015 cuvee from Margaret River (£13.75-14.90, thedrinkshop.com, Jaded Palates). You’d have to have a keen sense of taste to pick out the fact that this wine is aged in a proportion of oak (the clue’s in the breadth on the mid-palate), you’re probably more likely to notice its zesty notes of citrus and leafy greens, characteristics that make this such a brilliant pairing for the first green spears of spring.

As the seasons progress and temperatures warm up, you’ll probably find yourself eating more salads. Nothing wrong with that, but the bland, watery flavours of lettuce and the sharp tang of vinaigrette can make it difficult to find a wine that can stand up to one without dominating the other. It’s true that the best match rather depends on what else is in your salad bowl, but zesty whites and crisp-fruited rosés tend to be your most dependable bets. A tangy Chardonnay such as the very lightly oaked Chablis Vignes de la Boissonneuse 2014 form Julien Brocard (£14.95, The Wine Society) or Vine Revival’s Terre de Gneiss 2015 (£22, Caviste, Handford Wines), a brisk Muscadet with more mid-palate weight than most, are your best bets for a simply dressed pile of leafy greens. Both these wines share a slight smokiness and crisp acidity that would help them square up to heftier salads strewn with chunks of salty bacon and avocado or those with creamy, Caesar-style dressings.

With a bit more complexity and weight, salads clamour for rosés. Look out for something like the Blind Spot Yarra Valley Rosé 2016 (£7.95, The Wine Society) or Dagon Clan’s Har 2015 (£12.50, Vinoteca). Both have plenty of ripe berry fruit as well as the requisite amount of salad-friendly crunch. Either would be the absolute dog’s paired with a summery salad niçoise made with seared tuna rather than the canned stuff.

A digression… rosés are also among the most versatile picnic wines I can think of, but if you’re after something that can take both tangy salads and fatty, salty charcuterie (or a pork pie) in its stride, take a step back into the 70s. Lambrusco, the wine that time forgot, is back – and this time it means business. Modern versions, such as Cantina Cleto Chiarli’s Lambrusco di Sorbara NV (£14.25-£14.50, winedirect.co.uk, exelwines.co.uk), are not only delightfully dry and fruity, they’re also the wine equivalent of a Swiss Army knife, ready to take on pretty much any culinary task you throw at them.

Eggs are often cited as being another wine pairing conundrum. Frankly, if you’re searching for the ideal wine at breakfast-time, you may have problems other than flavour matching. Besides, all right-thinking people know that the perfect pre-midday tipple is a Bloody Mary. Seriously, though, the only real occasion when wine and eggs come together in any kind of harmony before the sun is anywhere near the yard arm is when you’re about to tuck into a plate of eggs benedict and someone’s pouring you a glass of fizz. Working on the assumption that you’ve got something to celebrate, you could make it even more of a special occasion with Champagne Gimonnet’s Oenophile non dosée 2008 (£35, Armit Wines), a wine whose rapier-like thrust of acidity will create the perfect counterfoil for the rich eggy sauce.

Spicy foods are another point of vinous contention, not least because it’s challenging to find a wine that can cope with the variety of dishes usually placed on the table during the course of an Asian meal. As a general rule of thumb, rosé is seldom a bad bet, and whites with a trace of residual sugar – particularly richer styles from Alsace – can do the trick, too. But neither of these options is really up to the task of coping with meaty dishes with a chilli burn. Bear in mind that alcohol, oak and tannins are the enemy of spice, though, and the task of finding a suitable red becomes somewhat easier. For many years my go-to wine for curries and incendiary stir-fries has been a Beaujolais, which has the dual advantage of being made in a low-tannin, low-oak, fruit-forward style and being so out of fashion that it can offer stunning value for money. At the moment, two of my favourites are Le Grappin’s juicy Beaujolais Villages 2016 (£16.50, eebria.com) and the bright-fruited, but rather weightier Couvent des Thorins 2014 from the Château du Moulin-à-Vent (£15.50, Stannary Street Wine).

If you want to try something a little more left-field, I recently enjoyed an eye-opening pairing of Thai dishes and slightly oxidative whites made with a bit of skin contact. The wines’ phenolics lent them sufficient weight and structure to cope with meat, but not so much that they picked a fight with the spices. Further, the savoury note that comes from gentle oxidation finds a umami echo in soy or fish sauce, mushrooms and meat (chances are you’ll find at least one of these ingredients in your dish). The classiest take I’ve had on the style recently is Kabaj’s 2011 Rebulla (£13.20, Rodney Fletcher Vintners), a Slovenian wine that’s as fresh as a daisy yet as complex and concentrated as a premier cru Burgundy. The idea of pairing a bottle of this with something akin to the wild ginger and short rib curry they serve at Kiln in Soho or the Begging Bowl’s venison, cumin and chili stir fry makes me want to head straight out for my nearest Thai restaurant, even on a chilly February night. I’ve little doubt that this style of wine would also work in the context of an Indian meal, given the similar richness of flavour and intensity of spice.

Desserts rarely pose much of a challenge on the wine front, although people seem to have a curious hang up about wine and chocolate. This shouldn’t be a match to sweat, but although some swear by pairings of LBV or Vintage Ports with chocolate, I find the alcohol burn a little overbearing. My preference is for the Vins Doux Naturels of the Roussillon, which have slightly less of an alcohol burn and a gentle fruit character – either red berry or the dried fruit and coffee notes of the more oxidative styles – that enhances the chocolate rather than overwhelming it. The former style – fruity and bright – is well represented by Mas Amiel’s 2013 Vintage Maury (£24.95, Lea & Sandeman), while Maury 1928 Solera (£14.95, The Wine Society) is a classic example of the latter. As a bonus, either wine will suit your cheese platter way better than any dry red wine you happen to have knocking around at the end of your main course.