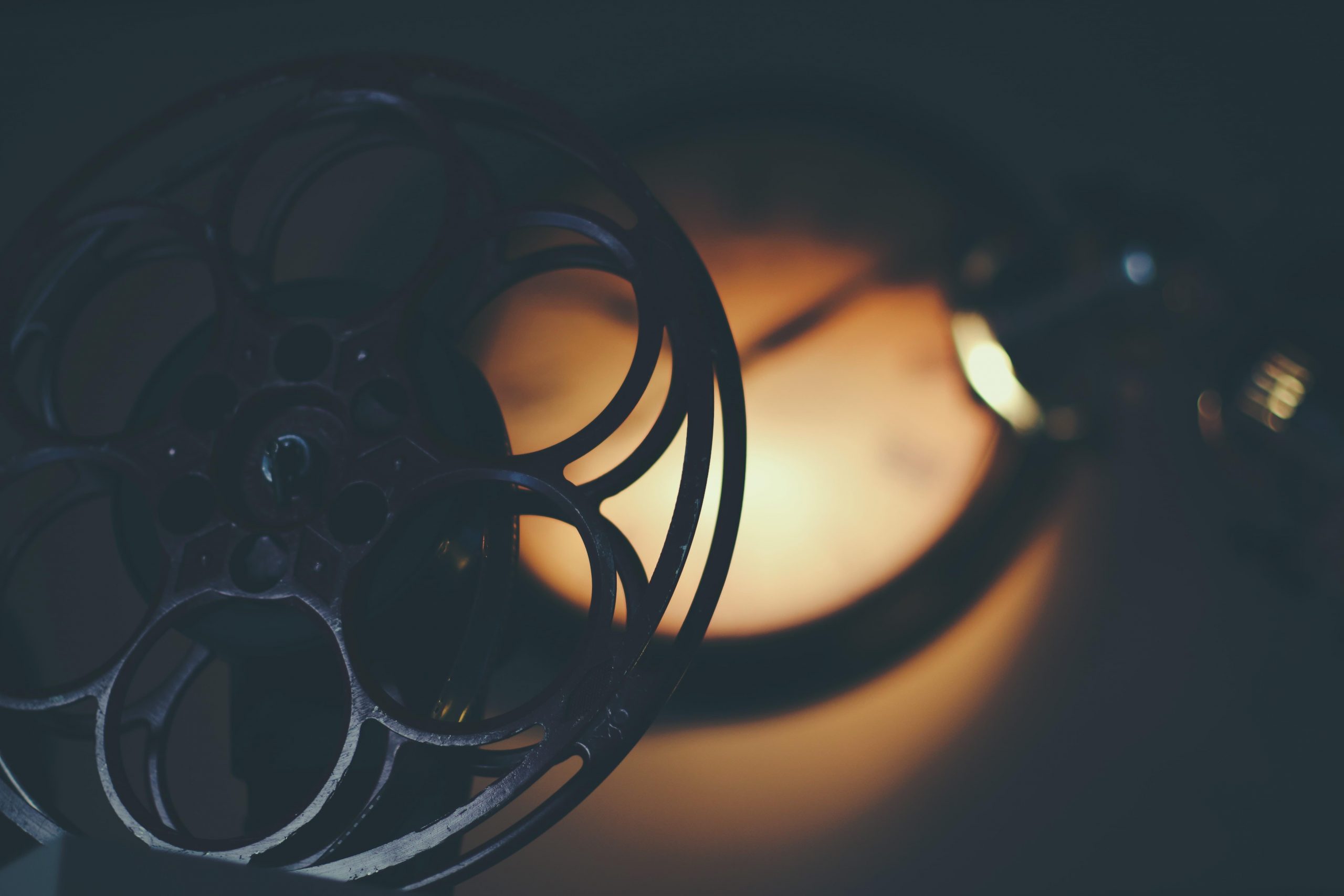 Shawshank Redemption is a pretty shitty action flick. I mean, like, horrendous. On the 100-point “Action Film” scale, it comes very close to being “faulty”. HOWEVER, on the “Epic Drama” scale, it achieves a nigh-on perfect score. The film industry’s genre-specific awards prevent such critical conflation. After a particularly intense experiment involving five super-serious winos, two marketing muggles and a bottle of the Vilafonté Series C 2019, I’ve been wondering if wine critics can’t learn a thing or two from the film industry.

Vilafonté is one of only three or four purist, unadulterated, ultra-premium wine brands in South Africa. Its flagship range holds only two wines – a Merlot-driven “Series M” Right bank-style blend (retailing at +/- ZAR900.00 per bottle), and the Cabernet-led “Series C” (R1,950). There are just short of 30,000 bottles of those two wines. The brand presents an exceedingly simple aesthetic; elegant, uncluttered, clear, and concise. And their marketing approach appears to be working, as Vilafonté was recently named the IWSC’s Best Red Wine Producer of the Year for 2021.

But saying that we “love a brand” just seems so un-winey. Surely our deep love for wine comes from our painstakingly developed ability to discern minute shifts in sensory stimuli. Not from a pretty label.

As wine-lovers, (and as humans) we want to believe that we are immune to the visual cues and the seductive powers of branding, but science tells us that this simply isn’t the case. And when it comes to a brand like Vilafonté, the visual and economic cues can tarnish objectivity in both directions; it can produce a sense of awe, before the bottle is even open, or induce scepticism and ire. Which is why I wanted to serve this wine in a blind tasting to a group of hardcore winos. You know… just to see what would happen.

In the tasting group, there were two national blind wine tasting finalists, a former national blind wine tasting champion, the head of sales & imports for a major wine retailer, and a Platter-5-star-winning winemaker. There were also a few wine-loving marketing muggles thrown in for good measure. I served the wine with the label completely concealed, wrapped in an Incognito bottle sock, and poured without any preamble.

The results were interesting, to say the least. The hardened winemakers and buyers – those whose job it is to sip wine all day every day – appeared disenchanted.

“Too much fruit. Too much alcohol. Too much extraction.”

As this point, one of the bolder marketing muggles spoke up: “I disagree. I kinda like it. It’s sexy!”

And for what it’s worth, I sided with the marketer.

“Surely, if a winemaker sets out to produce an intensely concentrated, high-tannin, fruit-driven, oak-supported wine with immense ageing potential, can we really deduct points simply because it’s not a Burgundy?”

My ascent to the oenological agora was short-lived, though.

WHAT IS CELLAR PALATE?

There is a theory that says, “if you’re forced to drink eat, drink, sniff, or stare at a particular substance for a living, you will over time – in a subconscious attempt at self-preservation – gravitate towards examples that make as little an impact on your senses as possible.” In wine circles, this sensory orientation is termed “cellar palate”.

It explains why many wine writers and critics dish out complements such as, “this wine is alluringly introverted.” Neal Martin, expressed a similar sentiment when wrote about “a raft of complex, intellectual Chenin Blancs…that often possess fewer obvious aromas or flavours” to describe wines that he thought would appeal to “discerning palates.”

The idea seems to imply that by the time one has developed a “discerning palate”, one has been reduced to the wine version of an overstimulated parent to triplet toddlers, who longs for little more than a vinifical sensory deprivation chamber and a glass of mineral water.

Specialty coffee has a similar phenomenon, whereby the world’s leading coffee roasters seek coffees that are acidic, light-bodied, with gentle aromas of flowers and stone fruit. Most coffee drinkers, however, seek coffees that low-acid, full-bodied, and smelling of pungent caramel, toast and chocolate.

The end result for both coffee and wine is a problematic, gaping, gullet-shaped chasm between the aggregated preferences of professionals, and the end consumers.

We usually try to treat the problem in binary fashion. You’re either discerning, and love Pinot … or you’re an anti-vax Durif-drinker.  But the truth is that this particular dichotomy is most decidedly false. It really is possible to be pro-choice and still enjoy a Napa Cab. Or an icon-style Paarl red blend for that matter. But how do we transcend our binary bonds?

The BLIC test is a delightfully simple, and remarkably versatile framework that allows wine newbies and wine professionals to connect by using the same language, even if each party reaches completely different conclusions. What’s more, it allows two people to score two very different wines with the same score out of 100 (if that’s your thing) and be able to rationally defend that position, without bloodshed. Glory be.

While the first category can be debated for millenia, the other three are usually fairly objective, and their definitions are not so elastic as to render them meaningless.

What’s even more useful is that the framework transcends personal preference. It’s easy to see how someone who loves light, fresh, aromatic white wines can use this framework to acknowledge that a particularly concentrated, inky, balshy Barossa Shiraz is – by BLIC metrics – lengthy, intense and complex. Which means that, even if @LightWhiteLover55 scores the Barossa Shiraz a zero for balance, they cannot deny that the wine delivers in spades on all other categories.

When the madding wino crowd had dispersed, I sat down to collect my thoughts on the Vilafonté Series C 2019.

The sheer concentration of the fruit in the 2019 really was quite seductive. It managed to present itself as both enormously brawny and simultaneously more velvety than a Barry Manilow stage jacket. Which is a rare feat. There were fairly prominent oak-inspired elements of vanilla, cocoa and a touch of tobacco, but these felt at home, wrapped around that supremely concentrated ripe, black fruit core.

One might have worried that all the fruit would result in a few love handles, but then, up popped some corset-like black cherry acidity to hold everything in place.

Probably most importantly, from a consumer perspective, the overall package – bottle and all – delivers luxury in the most classic sense of the word; it delivers all the right visual cues prior to actually tasting the wine. Which is important when picking a bottle to, say, impress your board of directors.

Now if “new oak” feels like a cuss-word, then I’d suggest you look elsewhere, but if well-framed “Titan-style” ripe reds appeal, then you’d do well to give this a closer look. I might, for example score this as “Titan-style 91-points”, but the score without the genre attached has the potential for cataclysmic mismatches.

And there is another element to wine scores that confounds consumers; the effect that time has on a wine. Last year, I got to taste the Vilafonté C and Vilafonté M 2009 vintages, alongside South African benchmark icon red wines like the Kanonkop Paul Sauer 2009, the Meerlust Rubicon 2009, and some international examples like the Opus One 2009. My impressions were that both Vilafonté bottlings performed on a par with some of the international unicorn wines (like Opus One) that have come to define the New World icon wine genre. But the fact of the matter is that my thoughts (and scores) written here are connected to the 2019 vintage. NOT the 2009. And this really needs to be made clear when helping a consumer decide what wine to pour at their next EXCO dinner.

There are critics who might give a wine 95 points, and then tell you to wait 10 years before drinking it. Few consumers will take the time to ask the question: “Is that 95 points a speculative score? Or a reflection of what was in the glass at the time of the critique?”

In the case of the Vilafonté Series C, it is clearly that the wine was built to age. And with the 2009 in mind, it seems a fairly watertight assertion that this 2019 will gain complexity with another ten years in the bottle. This however, doesn’t change my current “Titan-style 91 points”. The score implies that, for all it’s brawny youth, there is enough intensity and complexity – with some length – to earn 91 points. Whether or not potential buyers decide to add a few speculative points for time in the cellar is up to them. The fact that Vilafonté make older vintages available to their club members means that one need not speculate, but rather can use one’s own experiences of these older wines as evidence of the potential in the younger.

Incidentally, to return to the work of Pauline Vicard; “ability to age” is another of the seemingly non-negotiable components of anything that hopes to be classified as “Fine Wine” in the mind of the consumer. I’ll just leave that nugget there.

But some critics seek to render time meaningless by asserting that if a wine is “out of balance in its youth”, then it will never find balance, no matter how long it ages. And that for a wine to be great, it must show itself to be great from day one. At a glance, this idea feels like concrete wine wisdom, and appeals to our sense that “true quality is timeless”. But wine critics that hold to this view can surely then never talk about how a wine might “come into its own after it loses its puppy fat”. Or how a wine “is still a baby”, or perhaps (with regret) that “it is past its peak.” And yet they do.

Anecdotally, I recently had the pleasure of drinking a Thelema Estate 1990 Cabernet Sauvignon from Stellenbosch. It drank like one of the finest Pinot Noirs I ever tasted. Laser-like; precise; weightless. In that brief moment of ecstasy, I would have scored it very close to perfect. Though, I’m not sure anyone would have done the same 32 years ago.

Again exhibiting our penchant for the binary, we often debate the 100-point scale as either “good” or “bad”. It’s been criticised for purporting to deliver mathematical objectivity, while serving up little more than opinion wrapped in arithmetic. But the fact of the matter is that consumers still pay attention to critical scores, and they are therefore useful in connecting wine lovers with wine…which is surely what we’re all trying to do! So as the bathwater drains, I’d like to propose that, while we will never do away with personal preference, it might serve all concerned to increase our empathy when writing reviews, to make style preferences more visible in our conclusions, and to render our numbers less opaque by qualifying why we apportion points in the the way we do.

Photo by Timothy Eberly on Unsplash