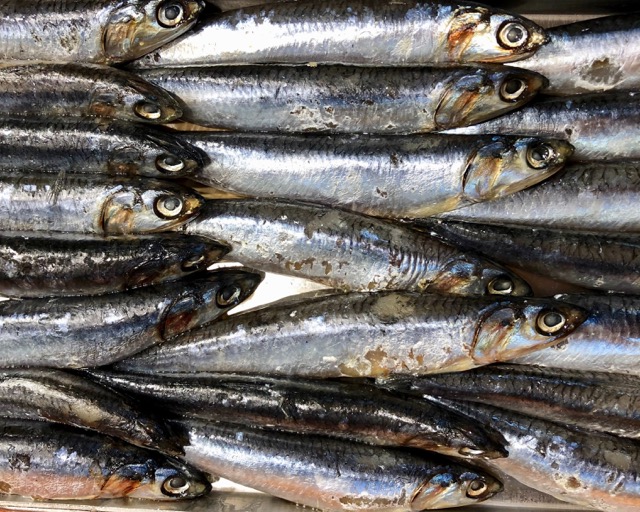 I chip into the hard yellow wax over the cork and it shatters; a frustrating rain over my station. Domaine Raveneau’s 2008 Chablis Premier Cru Vaillons is initially tight, mineral and austere, yet full of subtle power. Then I notice the background hum of glutamates; like spoor on a trail to an experienced eye, there was something about the palate weight that was whispering umami.

We talk a lot about umami; the moreishness of anchovies, ripe tomatoes and properly aged Parmesan. The strange magic through which the seemingly insubstantial kombu broth gets under your tastebuds. I’d dismiss my seeing it all the time as confirmation bias, except it really is everywhere.

It wasn’t so long ago that any discussion of umami had to be preceded by a short history of its discovery and possibly something on its ‘controversial’ status as the fifth ‘flavour’. Thankfully we’re well past that, and can now enjoy living in a world of umami bombs and burgers. MSG – umami in its purest form – is widely available and sits next to my salt pig ready to be sprinkled into sauces and rubs. You could even argue that our contemporary food culture is now centred around its use, from seaweed ‘crack seasoning’ to Parmesan rinds in stocks, it has joined salt, fat and sugar as one of the accepted harbingers of tastiness.

Rancio in wine is a somewhat slippery concept; it’s the slightly sour dried fig and hazelnut funk of long-aged Tawny Ports and old Madeiras. It’s delicious: one of those complex flavours that you can never quite put your finger on, yet seems to taunt you to come back and have another go at understanding.

I think of rancio as being the taste of decay done well, the taste of buried things lingering alive but fundamentally changed. Getting it to work requires an almost ritualistic approach, like some ancient pagan rite. The wine has to be just so: fortified correctly and laid down in cool cellars at the start of winter. Then, if the Gods are smiling on your cask, its slow death will be magnificent.

The ponderously slow maillard breakdown of proteins in the wine into spicy, floral, cheesy, nutty and downright funky aromatics is a sort of chemical miracle that only time can mediate. Trying to speed it up doesn’t really work: there’s a reason cheap Madeira is cheap. I feel like rancio and umami both have something in common – a kind of otherness from their host media. They’re part of a thing but also somehow separate; a product of a process or an ingredient we add.

Along with the proper understanding of umami and its role in cooking has come an appreciation of its everyday appearances. This led to ‘umami bombs’ (as popularised by Kenji Lopez Alt) – additions of umami-rich ingredients for the purpose of amping up background depth. He adds small amounts of several different glutamic-acid-heavy ingredients in order to develop a deep rounded umami richness while not overpowering the original dish. Or at least that’s the idea.

We once tried a riff on Kenji’s recipe for ragu, adding Worcestershire sauce, fish sauce, soy sauce, anchovies and a spoonful of Marmite. We were primed for amazing, and yet it seemed muddy; delicious but with an umami component that was louder than the dish. Like trying to listen to a piece of music where the bass is turned up too loud and everything is lost in a swamp of reverb.

I was reminded of this when I visited Langham Wine Estate. Tommy, the winemaker, talked about leaving their wines for a maximum of 18 months on lees. He wanted the complex and diverse flavours that they’d blended for to still be present in the finished wine, and not be obscured by too much autolytic toastiness. He wanted that character to complement the flavours of the wine but not overpower it.

We don’t really talk about umami in wine. I think we all know it’s there – that moreishness we find with a great Palo Cortado, the way that vintage Champagne seems to beckon you back for another glass and the full-throated roar of aged Sauternes. All of them share a certain umami quality.

The lack of discourse over umami in wine makes sense as its common acceptance in the food world is still relatively recent. We do however know that glutamic acid is found in wine, though oddly this wasn’t due to research into umami character in wine, instead it was aimed at establishing whether or not individual protein profiles in wines could be used as an identifiers for different wine types. A sort of chemical fingerprint.

Because the researchers were looking to differentiate between many types of wine, they studied a range of grape varieties, countries and vintages. This means we can use their findings to look for trends in glutamic acid levels.

It transpires that glutamic acid is related to grape ripeness (among other things), so Chardonnay from a warmer site will have higher levels than that from a cooler one. The research didn’t look at glutamic acid levels in relation to harvest time but I feel that they develop with time on the vine, and this would account for the curious emptiness on the palate that some of the very early harvest new wave Australian Chardonnays often showed.

Frustratingly, traditional method sparkling production, lees ageing and bâtonnage were not included in the study. It seems reasonable however to surmise that they’ll also show elevated levels of glutamic acid as we do know that polypeptide levels rise as a product of yeast autolysis and are subsequently broken down into amino acids. Interestingly, we also see deamination of amino acids, which creates aromatic compounds including sotolon. A key element in the aromatic stew we know as rancio.

As I write this I’m sipping a glass of Graham’s 1982 Coheita Tawny Port (from a 4.5-litre Royal wedding commemorative edition bottling, about which you can probably guess my thoughts), and it’s sublime: dried fruits, dried figs, toasted hazelnuts and burnt caramel. It has a weight and sweetness that seems to endure far longer than it ought to.

Our researchers found Port wines had the highest glutamic acid levels in their testing and while I can’t find details of exactly which Ports they studied I’m certain that the long slumber in barrel this 1982 had prior to bottling has only concentrated their effects. The ponderous maillard rancio is so perfectly woven into the wine’s tapestry, the background umami so perfectly balanced with body and sweetness.

It’s no surprise that my enquiry into rancio and umami elicited a phone call from Tom Symington, the head winemaker at Graham’s. He wanted to know if I was an oenologist looking into this area. I had to disappoint him, but he went on to say it was an area of great interest to Graham’s but also something they were only just starting to comprehend the inherent complexity of. He thought it would probably take a university departmental research project to fully understand the strange magic that takes place in their cellars.

Until then we can just marvel at the curious alchemy of umami and rancio that make old Tawnies so wonderful.

Photo by Diane Helentjaris and Unsplash