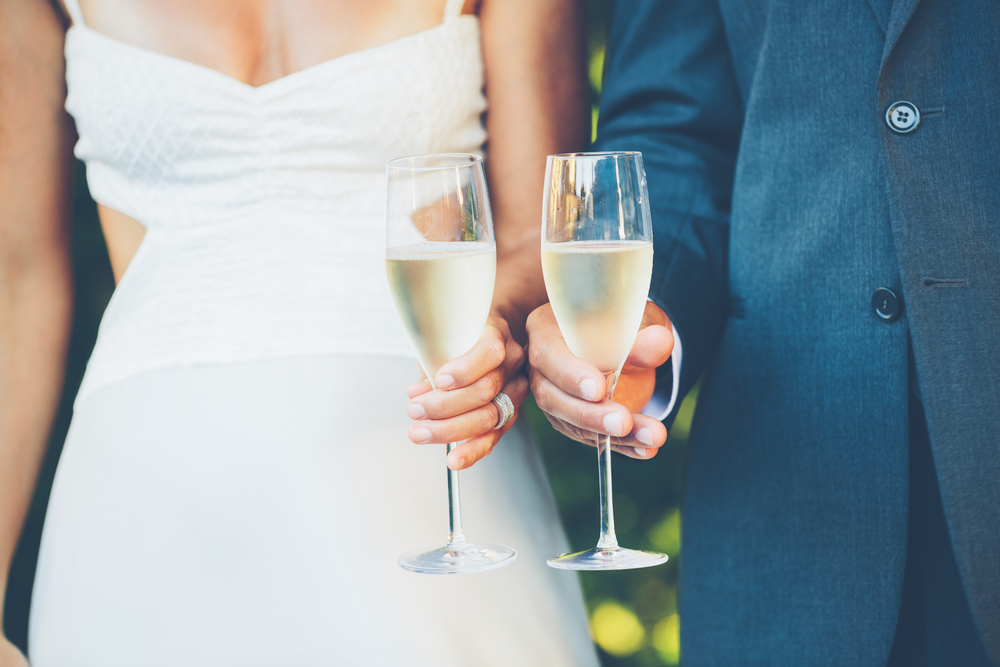 Harry squeezed her thigh under the table. Last night, they’d had a serious discussion about whether elopement was a feasible option.

“I just think that if it’s made in the same way, with the same grapes or whatever, then why don’t we have proper Champagne? Of course, your father and I are more than happy to foot the bill.”

Caroline waved a hand at the shop assistant, who visibly blanched. Her paint-by-numbers explanation of different kinds of fizz had backfired royally. Melissa swallowed a sigh, wondering whether she should point out that the Ridgeview was actually more expensive than the Oeil de Perdrix. She knew that Caroline’s real objection was that she had suggested it.

Hugo sloshed another measure into his glass and downed it in one. ‘I don’t think anyone will be able to tell the difference Caro,’ he said, suppressing a small burb. “’Besides, the kids like it and English wine’s sort of a thing now, isn’t it.”

Melissa knew this was her cue to jump in with the convincer, but she couldn’t muster the enthusiasm. She focussed on the gift she had for Caro in her handbag, a potted Sansevieria trifasciata. She hoped she’d take the hint.

The shop assistant visibly perked up and began to rattle away. Caroline wasn’t listening.

Melissa had worked in the wine trade since her first job as the drinks waiter at Jasmine Garden in Tunbridge Wells. Twelve years later she was Senior Account Director at one of the top wine PRs in the UK and had been listed as one of the Drinks Business 30 under 30, but no number of qualifications or awards seemed to matter to her future in-laws. They had a real problem with the fact that Harry deferred to her in restaurants.

Late at night, she tried to put her finger on the point when the wedding wine had been delegated to them.

There’d been a nasty moment a few weeks ago, when Harry had come home with some samples after the first tasting session alone with his parents. She’d had a complete meltdown and smashed the bottle of Marlborough Sav in the kitchen sink – “don’t fucking Liss’” me, Harry’ – but they’d tentatively mended fences in defence against the four-pronged parental attack.

Hugo was busy flirting good-naturedly with the shop assistant. Portly, red-snozzled and convivial, the ex-Guardsman was the carbon copy of his son, save for the couple of extra cases of “rather fine” Burgundy he was carrying around his middle. Of course, Liss hoped that the causal alcoholism wasn’t genetic, but she felt real affection for the ex-Colonel.

‘Let’s taste the still wines’. Caroline smoothed a couple of stray threads on her cashmere.

Harry had clearly neglected to mention to his parents that they’d already put down a deposit on a keg of Aligoté and some really excellent organic Dolcetto they were buying direct from the producer.

At the wedding, three months later, Caroline wore a hat large enough to obscure the view of anyone sitting behind her. Despite her best efforts, the Sansevieria trifasciata was thriving.