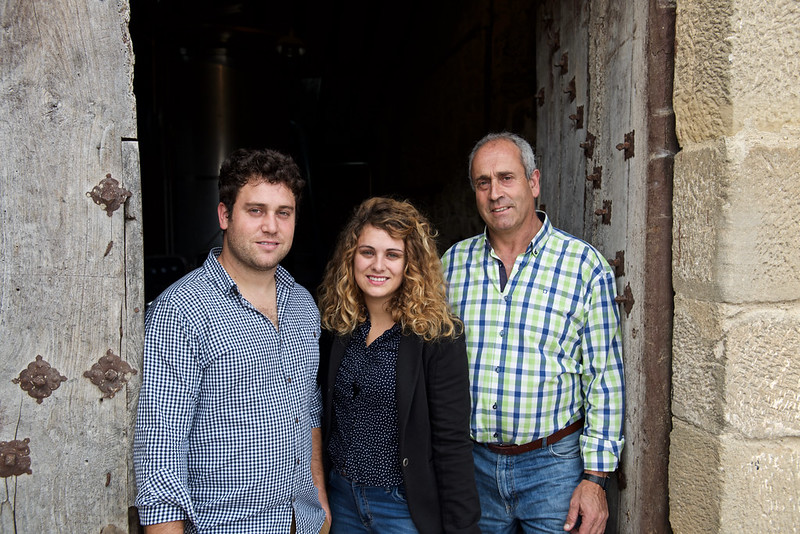 The pencil was a sharp as a tack. The tasting sheets were beautifully designed, with just the right amount of information: geeky, yet precise, containing useful details about vineyards and vinification techniques, but no vapid tasting notes. The water bottle was freshly cooled, the glasses polished and well chosen, the wines at exactly the right temperature. Every tasting should be like this, I found myself thinking, settling into a comfortable chair.

I spend half my year visiting wineries and the scene I’ve just described is surprisingly rare. All too often, the experience is disappointing: the security guards who keep you waiting at the gate, the marketing people who can’t spell your name correctly, the warm samples, the pointless promotional material, the employee wearing the sort of aftershave that makes Brut smell like Paco Rabanne, the glasses that seem designed to make the wines disjointed.

Yes, I know these are first world problems – not many people get to travel and drink vino for a living – but details count. If journalists get this sort of reception, what happens to members of the public, who actually buy wine with their own cash? Social media and Trip Advisor have made producers more responsive to criticism, but most cellar door experiences are uninspiring at best. The formula has barely changed in thirty years.

Too many producers appear to think that the business of attracting and retaining customers is beneath them. Famous cellar in, say, Bordeaux, Burgundy or the Napa Valley, can be as truculent and unwelcoming as they wish. They could serve their wines in a tin mug and people would still be grateful. Most visitors, even journalists, feel privileged to get appointments at some of these places; a certain off-handedness is almost part of the experience.

But bottles that sell themselves are rare. There’s way too much wine produced in the world and a lot of it struggles to find consumers. One of the most dispiriting experiences is walking around a large trade fair looking at all the producers with empty stands. Twenty years ago, they could have lit a fag; now they just stare at the carpet.

How do you shift wines in a world of declining consumption and over-production, especially if you’re making them in an area that doesn’t have a strong generic image? It’s fine if you’re producing Brunello di Montalcino or Châteauneuf-du-Pape, but what if you’re in Paarl or Plovdiv? Consumers won’t buy your wine by default.

I think part of the answer is direct sales, especially from the winery itself. The margins are way better and you don’t have to wait for six months for payment. Get the formula right and you can also sell someone a meal, a book and a t-shirt. Yes, it takes a certain amount of investment, but it’s a lot cheaper than finding an agent in China.

For the last fortnight, I’ve been visiting bodegas in Rioja, a region that has a good name internationally yet is struggling to achieve bottle prices that are sustainable for many producers. Most cellar door experiences – if we can call them that – don’t attract many customers either. The people who receive punters are friendly enough – this is Spain, not France – but there’s little to detain them beyond an informal tasting and the odd slice of chorizo.

Excellent cellar doors don’t have to be the preserve of larger, well-funded wineries. For every La Rioja Alta, López de Heredia and Ramón Bilbao, you can find other, smaller bodegas who have innovated and harvested the rewards. Bodegas Bohedal in Cuzcurrita, Javier San Pedro Ortega in Laguardia and Lezea in San Asensio, all of them smaller, family-run operations, are three very good examples. Each has created a unique experience that’s popular with punters (and their children in one case) and also sells wine. Friendliness is part of the appeal, but so is an understanding that consumers want more than a glass of warm red when they turn up.

I looked up Bodegas Lezea on Trip Advisor and the reviews were almost unanimously enthusiastic. They all praised the tour, as well as the tasting, commenting on what they’d learnt about a fifth-generation producer and its underground cellars. And you know what? I bet most of those visitors left with a few bottles under their arms.