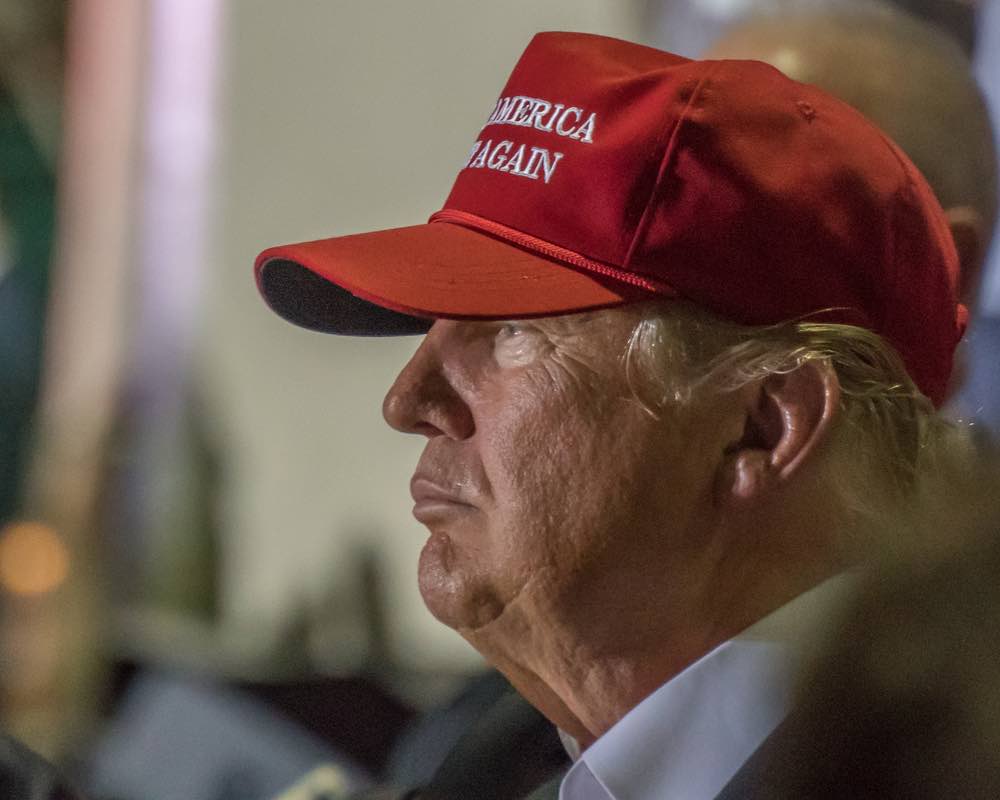 That is all that it took for many in the US wine business to begin spewing soundbites like, “Disaster Averted” and “Panic Over”. Such nonsensical headlines, hash tags and subject lines rushed out to assuage worried employees, stakeholders and the occasional “woke” consumer.

The behavior is akin to someone buying a wine rated 99 points but not reading the tasting note. Too many people in the business do not understand what is going on.

In the days and even only hours before, some of the same communicators were begging friends, family and customers to write a letter to the US Trade Representative or to their Senators or Congress Member. Everyone needed to be pleading against the slap of a 100% tariff on all EU wines.

How could a single Presidential tweet allay the fears of a panicked industry that recognized it was tiptoeing on the brink of an apocalypse? It should not have, especially not when coming from a man whose bravado reigns over any pretense of negotiation strategy.

In fairness, Trump’s tweets canbe as bold and binding as his Sharpie Pen signatures. But, that is only the case when he is making a unilateral decision, such as firing an advisor. There was nothing remotely concrete for anyone working in wine in the US – or in affected European countries – that their livelihoods were safe after this single word popped into Trump’s feed.

Two Tariff Threats, Not One

Perhaps Champagne seemed to be off the chopping block. It was the only wine item appearing in the luxury goods list (also including handbags and enameled cast iron à la Le Creuset) targeted in retaliation for France’s Digital Services Tax (DST) on GAFA, which stands for Google, Apple, Facebook and Amazon. After all, this was the only matter the French and US Presidents were discussing.

Critically, the DST is just one of two trade issues. The other, more sweeping potential tariffs arise over Airbus subsidies under the “Enforcement of U.S. World Trade Organization Rights in Large Civil Aircraft Dispute”, for which the World Trade Organization (WTO) granted the United States permission to tax European exports as much as $7.5 billion annually, the largest retaliation ever awarded by the WTO. Having unleashed a 25% tariff on bottled French, German, Spanish and UK still wines under 14% alcohol in October, the unsatisfied Trump administration announced an additional 100% tariff threat on December 12th. No EU wine would be spared. Moreover, for the wine categories already affected, this would amount to a 125% tariff. As for Champagne, it would be covered under this threat, too.

Worse, the tariff doesn’t behave in reality as it is advertised. It isn’t just 25% or 100%. In fact, the tariff would multiply through the US three-tier system. The importer pays an extra 25% then the distributor increases price on this new, higher price and then a retailer or a restaurant does the same. (Each tier needs to maintain its margins to stay in business.) This while the US imposes only a 10% tariff on new Airbus purchases! Yet again, it isthe average consumer and worker on both sides of the The Pond who are paying for the ambitions and indiscretions of those financially better placed.

What Happens with the Airbus Settlement?

What may offer relief is yesterday’s announcement of a $3.96 billion Airbus settlement with regard to alleged bribes paid to secure aircraft orders. But, will it? What happens with the 25% tariff currently imposed? Will it be repealed?

It would seem that now that agricultural goods have become political pawns, the future of European wine imports to the US remain deeply uncertain until we have an administration change. So, the wine trade needs to continue talking about the threat of tariffs on wine.

After all, only the tiniest sliver of the US populace knew anything about this quasi-Armageddon against the 100% import tariffs on all EU wines. Moreover, even fewer know about the 25% tariff already plastered on certain European wines. The tariffs are big news in the wine world, but they have not made it into the mainstream media.

Everyone in the US wine business stands to be affected. That could be the producer, the importer and distributor, the shipper and the warehouser, the hospitality outlet and retailer and, lastly, the consumer. There are also the marketing and public relations agents, the brand ambassadors, the wine critics and the wine writers. The wine trade shows and the wine competitions will be affected, too.

How many wine industry employees are aware of this? On the January 13th due date for comments on regulations.gov, the “Your Voice in Federal Decision-Making” website, 21,539 comments were received on the Airbus-Boeing tariff initiative. When the website comment option finally closed, 25,623 write-ins had been received. Cross-referencing this submission number to the most-quoted numbers on potential job loss, the gaps are astounding:

It sounds like the message has not gotten out, even within the industry. Maybe some opted to reach out to Senators and Representatives in Congress instead?

US wine producers also stand to suffer. This spring the WTO is considering a European Union complaint against Boeing subsidies, and the EU’s $20 billion list of American products to target amounts to 267% more than the entitlements allotted to the US. Surely wine is on the list. Furthermore, if tariffs compromise the US distribution network, American producers will encounter difficulties disseminating their products even domestically.

Irrespective of Trump’s insisting, in many cases wine substitutions will not be about a US wine replacing a European wine. After all, US wines overall tend to be rather expensive. For value-oriented options, US consumers can easily turn to other regions. My bet is that South American wines would benefit.

While additional tariffs would affect European wine prices, many industry colleagues predict that their most devasting effect will likely be in the reduction of choice. If a consumer can’t get the desired wine at the right price point, there is a plethora of alternative alcoholic beverage choices. This combined with the news that US wine consumption dropped in volume – even if just by 0.9% – in 2019, the first decline since 1994 according to industry tracker IWSR, and it is clear that this is not a time to be complacent.

To dismiss the threat of additional tariffs is to pay disservice to the dedicated industry spokespersons who made an impression on lawmakers by testifying at and attending hearings in Washington. Those who made the rounds on Capitol Hill to personally meet lawmakers also deserve special thanks. It is also dismissive of those who spent time writing to the US Trade Representative and their politicians as well as those who sounded out on social media and through other communication channels.

Will there be ashes between the consumption trends and the import tariff aggressions? Yes. For starters, trans-Atlantic shipments have dropped since October and European wine producers have lost placements in the US. Will a phoenix rise? That may depend on whether the US wine industry remains vocal over the tariffs. Even with this week’s Airbus agreement, there is no time like the present to spread the word about the tariffs. Most importantly, the tariffs and their potentially devasting consequences need to be explained to the mainstream media and consumers.

For now, do “Raise a Glass of Champagne & Celebrate No Tariffs!” as one sales email put it, but buy some more, too. Those bottles may be too expensive – or not around – the next time around.