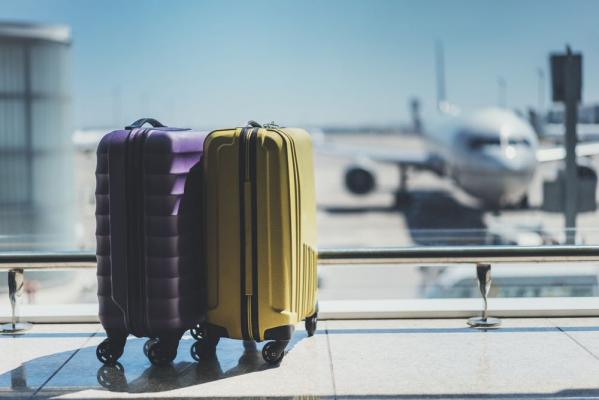 If you’re of a certain age you may remember a routine by Ben Elton. He described his anxiety about getting on a train or a bus and how you “ gotta get a double seat”. His breathless delivery and growing panic about the need to control and to have space can easily be empathised with by those who travel a lot, especially in economy. I know the feeling only too well. I try to avoid making eye contact. Clammy people make their way down the aisle and I emit a small sigh of relief as, in turn, each person peels off or passes me by. The interminable shuffling, bumping and angst ridden jostling for position slowly subsides but every now and then a straggler boards, momentarily jeopardising my plans for shut-eye.

As the last passenger boards and the doors close I look to my left and I cannot help but do a subtle fist pump – I haven’t just got a double seat but I have three spare seats beside me and 13 hours in which to stretch out and enjoy them. Yes!

Sad to say, I go through this scenario about 16 times a year. I no longer bear the weight of the majority of company travel but I do spend about three onths of the year abroad, predominantly in Australia, and all of the travel is done in economy. There is little to be enjoyed about economy long-haul travel other than arriving safely at the other end. However, getting a bit of space and the chance to lie down does make the whole thing much more bearable.

Though our business is not the norm for a UK based importer and distributor (we have winemaking projects in a number of countries as well as the more standard importer/distributor model), we are certainly not alone in spending vast amounts of time and money in our search for the best wines from around the world. At Alliance we have six people, including myself who spend two to three months of the year travelling and between us all the cost to the business would be measured in six figures – and that’s not because we’re doing anything other than no-frills travel. Aside from the fiscal impact of such a schedule, the physical and family strain that travelling creates cannot be under-estimated.

So, if this is the case, why do we still travel so much when, according to Tim, there is a segment of the UK trade that is lazy and lacks the vinous curiosity that drives us and those similar to us.

In some ways, the answer is simple – we have to. We have to because most of us at Alliance are restless souls. Our business has grown because we are always changing and we embrace change as the norm. Part of this process is always searching for the next big thing, the emerging region or the up-and-coming producer. This is not something that can be done from the comfort of Google, nor whilst gorging on pork knuckle and G&T fishbowls in Düsselfdorf. This has to be done in-situ and at first hand. No short-cuts, just research and travel.

We’re certainly not alone. I believe that the UK is still well-served by wine importers that go that extra mile to find the best wines. Tim mentioned Les Caves, Liberty, Flint Wines and Ben from Indigo as exceptions to the generally lazy buying culture and so I asked Ben why travel is such an important part of what sets his business apart.

Though a slightly smaller business than ours, Ben invests over 40 days per year travelling and supplements this with trips fulfilled by his colleagues. It’s a five figure cash investment that comes straight from bottom line but, like us, Ben believes that it’s one of the things that sets Indigo apart. As well as it being one of the most enjoyable parts of his job, I can empathise with his admission that “the competitor in me likes finding things first if I can”. Indigo, like Alliance, have been champions of Spain and have done much to introduce the UK consumer to the country’s impressive and previously undiscovered diversity. Though it’s an investment that cannot be taken lightly, it’s certainly one the bears fruit for the long-term committed.

In the various exchanges on social media following Tim’s post, there was a suggestion that some of the regions that Tim visits ( Rioja, South Africa, Chile and Argentina) are not well served by the UK trade. I’m not about to list the extremely long line up of producers imported to the UK from all of those countries or regions but even the most geeky consumers would suggest that they struggle to buy interesting wines from any of these areas. And maybe this is where our agendas have to be different.

As an importer in the UK, we’re always under pressure to have something new. There is always an element of “churn” within a range but the traditional role of the importer/agent has also been to work in a long-term, mutually beneficial role with the producer. The two requirements are not always compatible and so we tread a careful line between working long-term with those we love collaborating with and carefully curating a list of new producers.

For some of the regions that Tim mentions, it is not that no-one from the UK trade is travelling there (we visit Argentina three times a year) but that, on many occasions, they are there with or without customers, working with their existing producers. The commitment to the country, region and producer is there, it’s just that it cannot always be new, new, new.

Given the number of serious importers in the UK versus the number of consumers willing to pay for interesting wine, I’d argue that we already have too diverse a range of wine to be commercially viable. This doesn’t necessarily chime with quite how diverse a range Tim and fellow journos might like the UK to have, but it does reflect the conflict between what is aesthetically desirable and what is commercially sustainable.

What is clear though is that we all need one another. It’s difficult enough out there at the moment and, though a sensible distance must be kept between trade and the “fourth estate”, I think we’d be happy to work more coherently to ensure that what the UK trade offers is in line with the very best that each region has to offer.

Irrespective of this, we’ll keep travelling – as will so many of the UK wine trade. Though the world is a little more discovered than in the time of John Avery and Harry Waugh, there is no substitute for first-hand experience. While others seem intent on hurtling head-long towards the leesy end of the barrel, our desire to travel and to seek out the new and the great is what will continue to keep the UK wine trade influential.