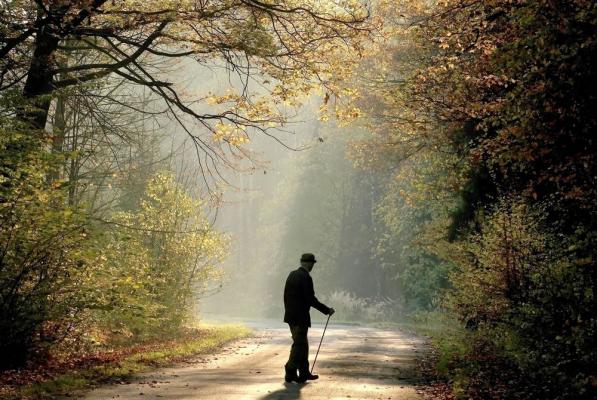 While other critics try to be the first to publish scores of a new Bordeaux vintage, Sam Euthanasia, who, at 95, is the World’s Oldest Wine Critic, as well as the most influential, takes his time. “Listen,” he tells me, “I’m in no hurry. I sit on my scores like I sit on my bedpan. Sometimes it takes a while for my scores, but the result? Hell, it’s Bordeaux, it’s en primeur, it’s a carnival sideshow — no matter how hard you push to get the scores out of your ass, it ends up just the same old shit.”

Euthanasia’s first trip to taste Bordeaux was in 1956. “I’ll never forget it,” he told me. Then he fell asleep. “The critics today,” Sam tells me when he wakes up twenty minutes later, “they’re just trying to be famous, they’re trying to be first, they’re not trying to be right. In 1956, it was just me and a bunch of British fops over there tasting the ’55’s. It was a joke. The wines were awful. Most of them were incredibly earthy. They smelled like you’d been buried alive. They smelled like Senator Joseph McCarthy’s sweat pants. But that’s how Bordeaux was in those days. And 1955, I’m told now, was a great vintage! They called that ‘terroir.’ When a wine smells like anything but fruit, they call it ‘terroir.’ It smells like barnyard, or it smells ‘minerally,’ or it smells like the sweat under manboobs, they call it ‘terroir.’ If it smells like fruit, they call it manipulated. I’ll tell you one thing. I hope there’s no goddam terroir in Heaven. If there’s a God, I know He doesn’t believe in terroir. Imbeciles believe they can smell terroir. They can’t smell that their car smells like a dumpster, but they can smell terroir!”

At his age, it’s daunting to make the trip to Bordeaux to spend two weeks tasting countless wines. But Euthanasia understands that rating Bordeaux futures is more about his image as a wine critic than it is about advising consumers. “Oh, for Christ’s sake, no one buys Bordeaux futures anymore. Buying Bordeaux futures went out with VCR’s. I might as well be rating the latest Betamax player. There’s no demand for Bordeaux futures. It’s the last vestige of when the wine trade actually mattered. It stopped mattering decades ago. It’s like horse racing. A stupid sport for wealthy people. And the wine trade is those old track rats outside the gates trying to sell the patrons their tip sheets for a few bucks. Supposedly, they know better. Deep down, we all know they don’t.”

“It doesn’t really matter what I say about the 2016 Bordeaux vintage,” Sam tells me in a conspiratorial tone, “but it shows I’m important that I get invited and that I give scores. I’ll be dead before the wines are even released, what does it matter what I think? I take a couple of photos, I chat up a few château owners, I crank out a bunch of scores — Bingo! I’m relevant. Nobody remembers three years later that I was the tout who picked Secretariat to finish third in the Belmont, they just remember I was there. By the way, Secretariat? Wow, did that horse have terroir! You could really smell it when the groom had to Cheval out his stall.”

I’ve always been fascinated by how leading wine critics arrive at their scores. Is there a rigidly objective system by which they arrive at a numeric score? Or do they just put the wine in their mouth and wait for the number to appear? Sort of like a Magic 8-Ball, which, like the wine critics’ 100 Point Scale, has exactly 20 answers that appear out of nowhere in a seemingly random pattern. With approximately the same value.

“I’ve been a wine critic for 65 years. I pretty much know the score before I even put it in my mouth. Hell, it’s Latour. It’s a good vintage. It starts at 95 and goes from there. A bad vintage? It’s Latour. It starts at 92. Don’t forget, these are samples provided by the winery. You don’t think they’re doctored? The samples we taste are like dating website profiles. There’s probably about an ounce of truth to them. Out of about 25 ounces. The château owners, they already know the scores they’re going to get, too. There aren’t any surprises. Except that the public buys the whole charade. By the way, speaking of website profiles, I’m on that new Tinder dating app for old people! Yeah, it’s cool, you should check it out. It’s not called Tinder. It’s called Ashes. Your date’s might have been scattered already.”

I asked Sam what he thought about the ratings of the other top reviewers. “I just want to be the critic who gives the most 100 Point scores. So I count up how many Suckling gives, and add 3. That way I get quoted more often in wine merchants’ Bordeaux futures offerings. Some wine critics don’t like to give 100 Point scores. That’s stupid. I love to give 100 Point scores! 100 Point scores send a loud message to the consumer, and they send a loud message to producers. And that message is, I don’t give a fuck what you think of me, I just like attention. Or why else would I spend two weeks in Bordeaux assigning random numbers to unfinished wines that may or may not actually represent the actual wine for wine buyers who are racing the polar bears to extinction? I think that’s pretty clear. Giving the scores is about Sam Euthanasia, not about some nonexistent buyers.”

And what was his impression of the 2016 vintage? What were his favorite wines? “In my 95 years, 2016 is my nineteenth Vintage of the Century for en primeur tastings. I have more Vintages of the Century than teeth. It was a perfect vintage. It rained like hell in the Spring, then there was a nasty drought. Works for me. My favorites were Cos, Pavie, Lafite, Mouton, Pétrus, Margaux and Montrose. They’re all perfect, 100 Point wines! But I gave them scores before I even landed at the airport. I have to. At this point, they all taste the same to me.”