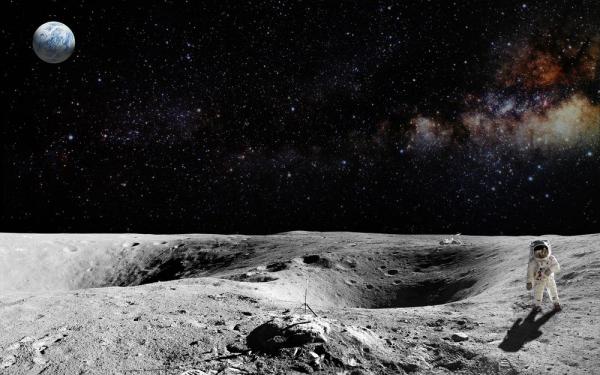 Forty years later, it’s time to finally reveal that the Paris Tasting of 1976 was staged, much like Neal Armstrong’s phony moon landing, Elvis Presley’s death and auction wines. Furthermore, the person claiming to be Steven Spurrier is actually a woman in a bad hairpiece, and George Taber, the journalist from “Time” magazine, is a fictional persona of Salman Rushdie, not that anybody gives a fat wa.

Wine lovers are easily duped. Wine lovers believe everything wine journalists tell them. Consider the state of wine journalism. Begin by trying to find some. “Wine journalism” is an oxymoron, like “natural wine” or “President Trump.” No, wait, Trump’s just a moron. Sorry. Wine journalism has always consisted of pages and pages of near witless prose masquerading as insight or useful information. Wine journalists proclaiming the rewards of pairing wine with Halloween candy, wine with their favorite movies, wine with their electroconvulsive therapy, for example (one noted authority suggests Pét-Nat with your shock therapy, noting that most people who buy Pét-Nat are in need of having their brains being electrocuted anyway).

Wine journalists traveling to Bordeaux once a year, for another example, to taste a new vintage out of barrels, assigning those wines entirely fabricated scores, knowing full well the barrels they’re tasting from are doctored and bear little resemblance to the finished wine the public will ignorantly buy based on their recommendations. Scoring Bordeaux at en primeur is like rating a Porterhouse steak based on tasting the bull semen. Which pairs nicely with a Cornelissen rosé, since you asked.

Once Taber’s (Rushdie’s) fictional piece (everyone in America understands that “Time” was the inspiration for Wikipedia — a place to donate a few bucks to promote articles that are fact-adjacent) was published, California wineries rushed in to confirm it as truth. They weren’t there, of course, not a single California winemaker or winery owner was present during the alleged blind tasting, yet they accepted the “results” as authentic. Naturally, this was to their benefit. California wines had bested the French wines! California wines were clearly superior. The results of the Paris Tasting confirmed the greatness of California wine much as the glove confirmed O.J. Simpson’s innocence. Proof positive! (It’s a little-known fact that the jurors in the Simpson murder trial were all French! Yes, it’s true. You can look it up on Wikipedia.)

To celebrate the fortieth anniversary of the Paris Tasting, many of the California wineries involved are staging a recreation of that historic and imaginary event. Even if the tasting had actually occurred, that’s a bit like recreating the Miss Universe Pageant of 1976 with the original contestants. Which would be hard, considering the winner, Miss Israel, now rules the planet Neptune, whereas Miss England spent twenty years as Steven Spurrier before she was offered a larger salary to be Andrew Lloyd Webber, which required she have her Adam’s apple surgically removed.

How does one wine tasting change the world? This is how wine journalism works. It doesn’t have to be true, it’s irrelevant that the phony scores from the fake French judges were tabulated using the sort of mathematics associated with Ouija boards, it just has to sound true. Repeat it often enough, and it then becomes accepted as truth. “Natural wine is more authentic.” “The 100 Point Scale is accurate because it’s useful.” Say it often enough, and it’s true.

Yet how is it, I hear you asking, that in a blind tasting California wines were judged equal to or better than their French counterparts? Well, for one thing, there were only two fucking regions in the tasting! What else was going to happen? And they played to a statistical draw! It’s like having two countries in the Olympics. As a result, the United States earned 37 Gold Medals, while the great athletes from Somalia received 37 Silvers. Amazing how far those Somalians have come! Wow, turns out piracy is great exercise. The truth is, Mrs. Steven Spurrier could have tasted French wines against wines from Uruguay in 1976 and those pesky Uruguayans would have kicked Madiran’s butt. And we’d be paying $150/bottle for Opus Uno.

On this Quadragennial Anniversary of the Paris Tasting, let’s just move on. It was fake, it was rigged, it was silly. Its effects are vastly overrated, much like almost everything else you read about in wine journalism these days. Let’s talk about the real story, the one no one has the courage to speak about.

The real story, one that wine “journalists” have yet to cover, is how California wineries, with the help of the United States government, conspired to promote climate change so that, one day in the near future, all the wines of France will be nearly unpalatable, not just the ones from the Jura. (“Jura” is not to be confused with “jurors,” though both are often held in contempt.) For the past forty years, Americans have been encouraged to waste energy, to burn unspeakable quantities of fossil fuels, fill the skies with greenhouse gases, all as part of an evil plot to alter the climate so that the great vineyards of France will soon be harvested somewhere around Bastille Day. And yet still be declared the Vintage of the Century. There’s your story. Where’s Salman Rushdie when you need him?