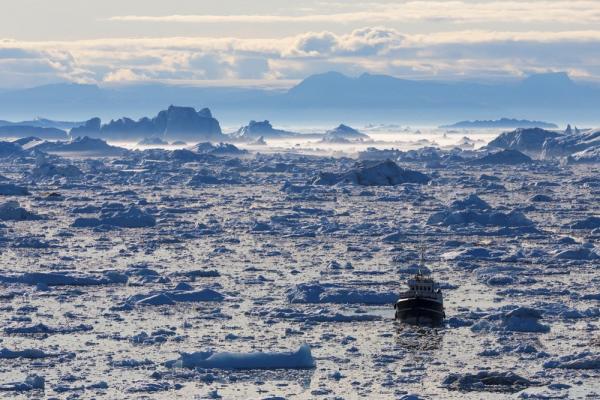 You don’t have to be meteorologist to appreciate that something very unusual is happening to the world’s weather right now. I’ve just got back from South Africa, where dams were almost empty and the country has experienced the hottest, driest vintage since 1904. The Cape sweltered through five days over 40°C in January and there has been almost no rain for eight months.

Nor is South Africa an isolated example. From Australasia to Alaska, February was the warmest month in recorded history (beating the previous record set last December). At the 2015 United Nations Climate Change Conference, 195 countries signed up to a deal to limit global warming to “well below 2°C” above pre-industrial levels and to “aim to limit the increase to 1.5°C”. Four years before the agreement is due to enter into force, February’s increase was 1.63°C.

Is this a freak statistic or part of a long-term trend? The answer to that question depends on where you stand on the subject of global warming. To the climate change deniers, there’s nothing to worry about; to others it’s a sign of impending (or on-going?) disaster. As ever, the truth is complex. The start of a particularly severe El Niño last October has certainly destablilised the world’s weather patterns. Mendoza, for example, has had its wettest growing season since 1998. Last month’s figure may well be a one-off.

And yet it’s hard not to conclude that the planet is heating up in a big way. Grape growers and wine producers have observed this first hand. Not all vintages are early these days (people started picking in December 2015 in the Cape, requiring a special dispensation to allow them to call the wines 2016s), but most are. Indeed, one of the reasons that Burgundy is making more consistent wines than it did thirty years ago is because it frequently picks in September (and sometimes August) rather than October or November. The improvement in the quality of English wine is another consequence of climate change.

The figures bear this out. If you look at average growing season temperatures (from April to October in the northern hemisphere and October to April in the southern hemisphere) in Geisenheim, Beaune and Orange (in the southern Rhône, not Australia), they have all increased by around 1°C over the last 15 years. Areas that were well suited to, say, Pinot Noir and Chardonnay in 2000 could now grow Tempranillo or Viognier, at least in theory. At the other end of the spectrum, hot dry farmed areas are moving towards Grenache and Zinfandel territory, or maybe raisin farming.

Another group of academics responded a few months later, faulting the first group’s methodology and pointing out that Burgundy continues to produce “great wines with Pinot Noir”, as does the Rheingau with Pinot Gris and the Rhône Valley (though not necessarily the southern Rhône Valley) with Syrah. “High quality viticulture is sustained in these regions,” they continue, “despite increased temperatures and dry farming, because of both the evolution of consumer’s preferences and implementation of adaptive strategies by growers.”

Both camps have a point, but what is true today may not apply in ten, let alone 30 years’ time. If temperatures continue to rise, some areas will be marginal at best for viticulture (even with irrigation), while others will need to change dramatically, or substantially if you prefer. New varieties, higher altitudes and cooler sites should all be part of the wine trade’s response to climate change.

So far, the debate about global warming and wine has been characterised by complacency and lack of urgency. To take only one example: if South Africa has another year like 2016 in 2017, with crops down by as much as 60% in some, dry-farmed regions, the local industry will face a massive crisis. And yet there is precious little planning for such an eventuality.

The Cape is not alone in hoping that global warming is reversible, or will just go away. What is the wine industry’s response to the very real challenges it faces? Since Pancho Campo held his International Conference on Climate Change and Wine in 2008, the issue has been relegated to the realm of scientific papers and opaque academic jargon. Very few producers even mention the issue to me.

One of the few winemakers who is taking measures to deal with climate change is Miguel Torres in Spain and Chile. “We must find other varieties that are more resistant to high temperatures and drought,” he says. “ I want to do whatever I can, in the interests of my children and grandchildren. I at least want to be able to say we did whatever we could.”

But Torres is an exception. Too many wine people are happy with the viticultural status quo, when they should be taking decisive action right now. Otherwise, as the climate change paradox would have it, nothing will be done until it’s too late to do anything about it.