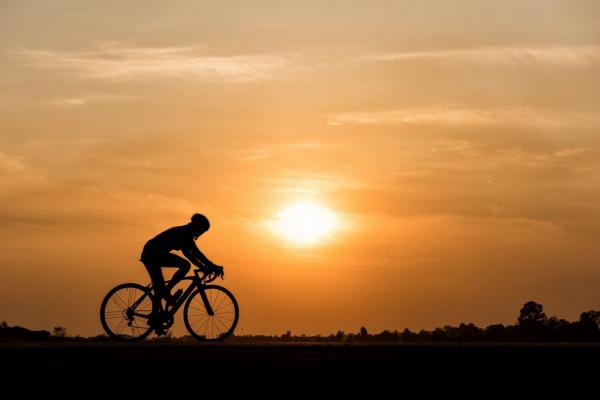 Whilst most of my boyhood friends had pictures of John Barnes or Ian Rush on their walls, I had Gianni Bugno and Laurent Jalabert. In my teens, cycling was my passion (as a spectator sport that is, I was a lazy bugger.) I just caught the end of the 1980s, a golden age that culminated in the 1989 Tour de France when Laurent Fignon lost to Greg LeMond by eight seconds. Even into the 1990s, when the sport was being ruined by drugs, I loved pretty much every minute of it. There was very little on television so I used to devour Cycling Weekly.

I am not quite sure where this love of cycling came from (bear with me, I will get on to wine.) Perhaps it was the reaction to the chauvinism of football where your team winning was all that really mattered. With cycling, there was no home team. Robert Millar and later Chris Boardman were great riders but they weren’t going to win the Tour. So I plumped for the most stylish, the most fearless or the plucky underdog; flawed geniuses like Gianni Bugno. It didn’t really matter who won as long as it was a good race. Later as a student I would go to the pub to watch England lose or draw in a depressing manner and I couldn’t see the appeal. I remember the atmosphere of anger and resentment and contrasted it with images of the Tour or the Giro which were like carnivals.

Scratch the surface of most British cycling fans, certainly ones of long time standing, and you’ll find Francophiles. They’ll often love good food and wine or the music of Françoise Hardy. We don’t quite wear berets but do like a game of boule of an evening. Those 1980s Tours really showed France at its best. They had high speed trains and the finest produce in the world. England, in contrast, seemed grey and pinched. Then of course there were the riders: Bernard Hinault and Laurent Fignon dominated cycling in the 1980s. Who could have predicted in 1985 that not only would Hinault be the last winner from France, but that Britain would have won three during the French drought?

Stranger still England now makes sparkling wines (finally he’s on to wine, I wondered where he was going with this) that beat Champagne in blind tastings. Don’t worry this isn’t one of those articles gloating on the relative decline of France. My point is that I wonder whether we have lost something by becoming good at cycling and wine. What I loved about cycling before was the pure enjoyment of sport and spectacle unencumbered by patriotism. The same with wine. Britain owes its central position in the world wine trade to many things, wealth, power, drunkenness, but also to the fundamental fact that we didn’t make our own wine in any quantity or quality.

Wine producing countries mainly drink their own wines. The French take this provincialism to ludicrous lengths. In the Carrefour near Céret you will struggle to find any wines outside the Roussillon. In Britain we were above all this. We might have our favourites and our prejudices, but patriotism really didn’t come into it.

I watch cycling differently now. Sure I appreciate the race and the panache, but in the end I want Froome to win another Tour though he’s not the kind of rider I would support were he not British. I wonder if it’s a similar story with wine. Am I more sympathetic to wines because they are English? Last month I visited some vineyards in Kent and Sussex for a magazine article. Walking through the beautiful Kent countryside with Julian Barnes from Biddenden, looking every inch the rugged vigneron, gave me a huge blast of pride. I could almost hear Vaughan Williams building in the background. How could I taste his wines dispassionately? It was a similar story over at Bolney Estate talking with Sam Linter about making Pinot Noir. In England. And it was good. How good, though? Hard to say because, as an Englishman, I was caught up in the thrill that someone was making a red wine this delicious 50 miles from my home.

Later that week I met some friends for a picnic. Everyone loved the Biddenden Ortega I brought not least our French neighbour. I felt a glow of pride. Pathetic really how we, the English, revel in praise from the French especially when it comes to food and drink. We shouldn’t get too carried away with our success. I am glad that we now make good wine but I really don’t care whether it is “better” than French stuff. Wine, despite all the blind tastings and Judgements of West Norwood, is subjective. Cycling, on the other hand, is all about results. This July I’ll be cheering on Froome, but deep down I’d really like a Frenchman to win for a change.