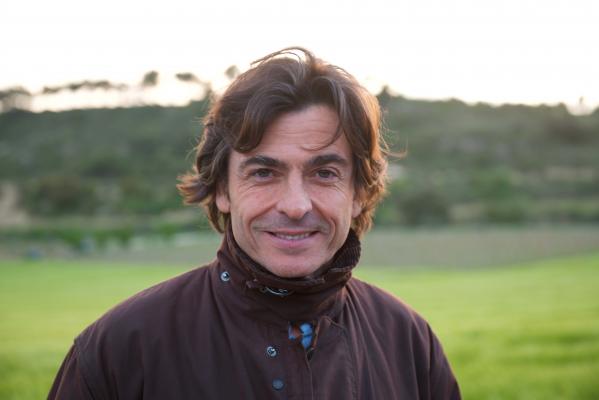 Which country makes the finest wines in the world? When the Italian Prime Minister Matteo Renzi gave a speech at Vinitaly earlier this year, he caused a stir in the Gallic media by claiming that Italian wine is “better than French”. Heads shook in disagreement, eyebrows arched like circumflex accents.

Was he right? Is Barolo better than Bordeaux? Brunello than Burgundy? Franciacorta than Champagne? It all depends whom you ask and what sort of wines they enjoy. You like potato and I like potahto, as Ella Fitzgerald once sang. But, personal preference aside, most experts would surely agree that the two nations stand side by side at the summit of the wine world.

Where does Spain fit into this battle for supremacy? Imagine for a minute if Prime Minister Mariano Rajoy had made a similar claim on behalf of Spanish wines at Alimentaria in Barcelona. A statement that was regarded as controversial from an Italian premier would have been considered an outrage from his Spanish equivalent. Espagne? Sacré bleu!

Even passionate hispanophiles would agree that Spain’s image needs a burnish. Things have clearly improved a great deal since DH Lawrence described Spanish wine as “the sulphurous urination of some aged horse”, but there are very few fine wines that are traded, auctioned and coveted by collectors. Take away Pingus and Vega Sicilia in Ribera del Duero, Ermita in Priorat and, at a pinch, the wines of Artadi and Bodega Contador in Rioja, and you are running out of recognised global stars.

Italy and France are what we might term top down wine-producing countries. There’s plenty of plonk produced in both – think over-cropped Pinot Grigio and basic Bordeaux Rouge – but they benefit from a qualitative halo effect. Spain, on the other hand, is a bottom up wine-producing country, a place where cheapness and value for money (not always the same thing) are its calling cards. The average price of exported Spanish wine is just over €1, one of the lowest in the world.

But is that image finally about to change? In November last year, 150 wine producers, merchants and journalists (including your correspondent, to declare an interest) signed a manifesto in favour of promoting Spanish terroir, following a round table event at Madrid’s evocatively named Club Matador. The manifesto called on the country’s Consejos Reguladores (Regulatory Bodies) to implement “deep changes…to boost our wine heritage and bring a sense of self-worth to Spanish wine”. It continued: “We have the history, the places and the passion to make the most of our exceptional crus and vineyards.”

If those Regulatory Bodies – and the bureaucrats and large producers who tend to dominate them – thought that this was something they could ignore, they were mistaken. Artadi’s controversial decision to leave the Rioja appellation (DOCa) last December, following the lead of Raventós i Blanc in Cava, has understandably generated a lot of publicity. But in terms of the future of the movement, the recent Primer Encuentro de Viticulturas (First Wine Growing Encounter), held at La Granja Nuestra Señora de Remelluri in Labastida was of even greater significance.

The Encuentro (and the original meeting in Madrid) were organised by Telmo Rodríguez, one of Rioja’s leading wine producers, and attracted 30 new wave and traditional producers from all over the country, including Ribeira Sacra, Sierra de Salamanca, Monterrei, the Canary Islands and Mallorca, as well as more established regions such as Jerez, Ribera del Duero, Priorat, Navarra, Bierzo, Penedés and Cava.

Moving from table to table in the garden at Remelluri, I’ve never tasted such an exciting line up of Spanish wines, most of which were fresh, medium-bodied and made from local varieties. Crucially, wine after wine had a recognisable sense of place, showcasing grapes such as Rufete, Listan Negro, Mencia, Xarel-lo and Callet alongside better known Tempranillo, Garnacha and Albariño.

This was much more than a tasting, however. It was also a meeting of minds and cultures, with speeches and panel discussions about architecture, history, urbanisation, literature, food, landscape, winemaking and (of course) regulation. But what we kept coming back to was vineyards and the inadequacy of most Spanish legislation in recognising and classifying them.

With the exception of Priorat, with its system of village (vi de la vila) and estate (vi de finca) wines and the self-appointed Grandes Pagos de España group, Spain does not officially recognise its best terroirs. Producers know where most of them are – and some use vineyard names as brands on their labels – but the consumer remains largely in the dark.

Should the bodegas under the Club Matador banner form their own quality-and vineyard-focused breakaway group, a bit like the German VDP, two of whose representatives spoke at the Encuentro? Or should they try to inspire the whole Spanish wine sector? The latter is a very big ask, given the vested interests and inertia that characterise too many of the Consejos. But a greater focus on terroir is surely essential in Spain. Top down, not bottom up, is the only viable future. Even the French might agree with that.