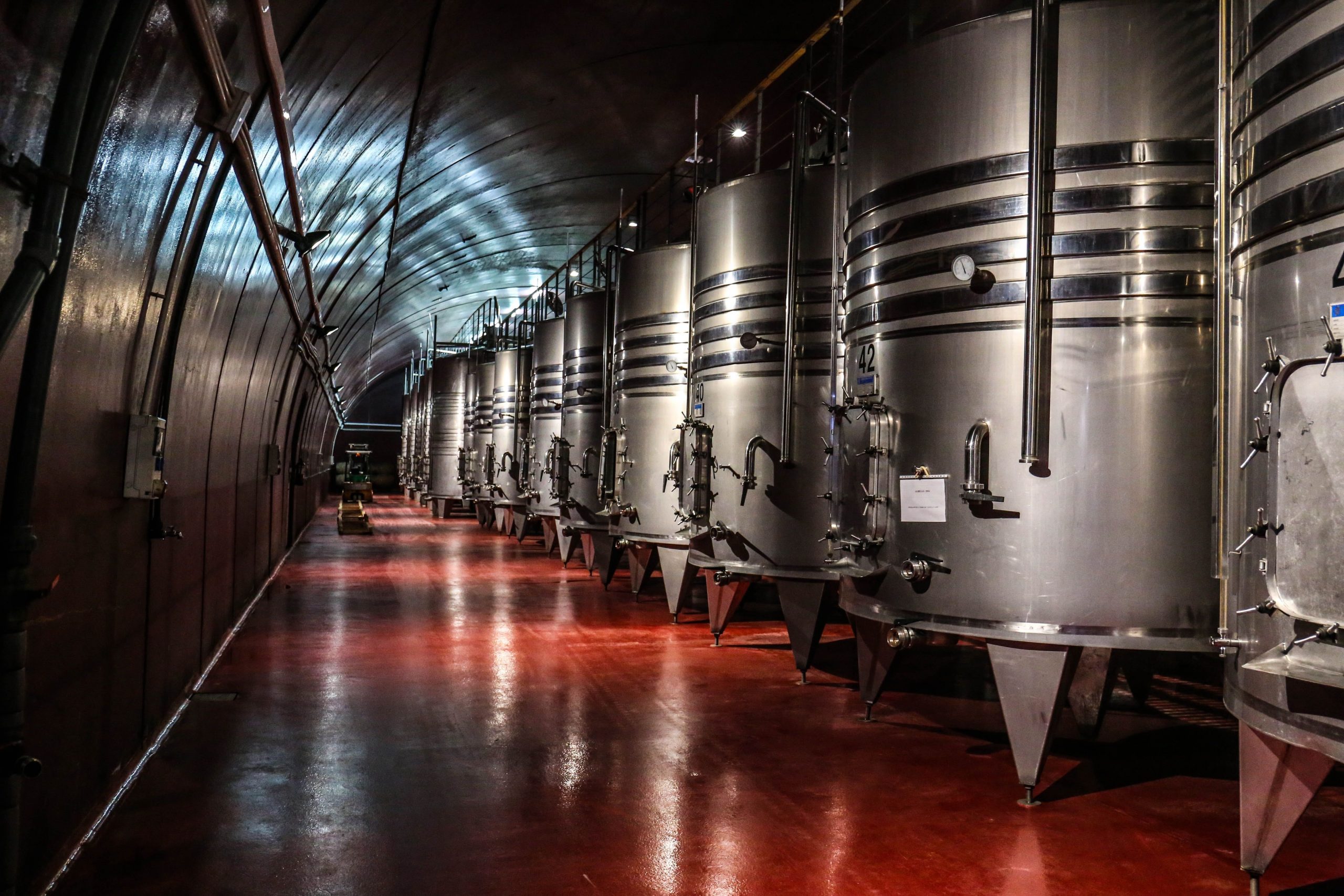 One of the amusements of social media is that you get to see celebrities from unrelated fields fighting. A prominent sub-genre is athletes telling non-athletes off. If the latter is an unsympathetic figure, the moment is particularly delicious. Few things are more fun than seeing an annoying loudmouth get his comeuppance.

The wine world has its own version of this, a winemaker telling off some non-winemaker loudmouth, usually a sommelier or a wine writer. The dynamic is the same: the true expert, with skin in the game, and the observer from the side-lines, with more opinions than sense. At heart there is a legitimacy question: can somebody really write about wine if they haven’t made wine?

Unfortunately, there are many arguments that are simple, obvious, and wrong. I’ve yet to meet the winemaker who is shy of expressing opinions on anything from houses, to labels, to cars, despite their understanding and qualifications of architecture, graphic design, and automotive engineering being that of a moderately insightful porcupine. And the argument cuts both ways: can someone really have an opinion on the quality of wine writing if they haven’t convinced at least a few editors to publish them, and gathered at least a few hundred loyal readers in the process?

Let’s be less flippant, however, and examine this proposed requirement in good faith. Just how much winemaking experience is needed before the desired legitimacy is achieved? Writers usually chip in to these conversations, wearing the odd vintage like a Purple Heart, but I’m unconvinced the doubters are sated by a couple of months hosing down floors and doing a bit of bâtonnage (I won’t even discuss “selecting blends”, the toy medal of winemaking). Then there is the issue of viticulture, wine being made in the vineyard and all that. Should the aspiring writer work on the vineyards and, if so, does gentleman farming suffice or is the real thing needed? Does other farming count? What about gardening? How about the producer role, hardly a small factor in the end product. Viticulture and winemaking are hard work but, unless you are making wine for your personal consumption and intellectual pleasure, knowing how to sell the thing and make ends meet should surely come into the equation somewhere?

Then there is the issue of “making wine” not being just thing. A one-man band producer/winemaker and Campo Viejo are very different entities. Natural winemaking at £15 a bottle is an altogether different animal from corporate Cabernet at £150. And wine is wonderfully, almost wondrously, geographic. Sicilians’ idea of a good wine is different to the Champenois’, which is different to the Californians’. There is of course a type of winemaker, usually Australian, who, having worked one Purple Heart vintage somewhere in Europe, feels they fully “get it” – but the locals rarely share this self-assessment. (But then again, this is usually the same type of person who thinks that two undergraduate semesters of Remedial Chemistry for the Not-So-Bright confer the scientific authority of an FRS.) And does the quality of the wine one makes come into play? If being able to have opinions about wine depends on making wine, then the person that makes the best wine has the most valid opinion? But then we run into the problem of not knowing who makes the best wine, because we have nobody qualified to judge it…Maybe a panel of experts? Like the AOC? I take it that works well and producers are happy with it?

A milder version of the argument, somewhat more restrained, suggests that winemaking experience protects the writer from being fooled by smoke and mirrors. In principle, this is entirely reasonable and makes perfect sense – but I’m sceptical of just how effective it is. After all, winemakers seem to know of other winemakers not playing fair not through some preternatural tasting ability but mostly through the, no pun intended, grapevine. And writers’ detractors often seem to confuse opinion and reporting. If I write “oak lends quality X to the wine”, I am indeed making a technical comment, and I better know what I’m talking about. But if I write “the producer/winemaker says oak lends quality X to the wine” I am merely reporting. Perhaps I’m reporting a sales pitch, but so is 95% of political or business reporting. If winemakers think that writers ought to play production police, they’re probably be asking for more than those pour souls can give. But, if transparency is what are we all after, maybe they should start with not slapping the only foodstuff labels that can escape with “13.5% – Contains Sulfites”?

I feel similarly for the variant of this argument that says that writers are too naïve or too ignorant, and have eyes particularly sensitive to bling. It is probably true but, sadly, such are the ways of capitalism. In the queue of farmers who are allowed to complain about this particular economic system, however, those that work with premium wine grapes are probably way, way back. Overall, I don’t get the feeling the desire is so much for objectivity and transparency, but for someone to write that the neighbour’s wine is just not very good.

The answer to a writer’s and a critic’s qualifications is very simple. What is good wine is not an evaluation that relies on objective metrics (the average UK price for a bottle suggests that, for the vast majority of drinkers at least, the only metric that counts is an ABV above 11%). It is also not gymnastics: the “best” wine is not the one that shows the highest level of technique, as chosen by a panel of former practitioners (and I am told that those sports have no small level of controversy in judges’ decisions anyway). “Good” wine is an aesthetic evaluation. I would go as far as say that I would be wary of a great maker, of wine or anything else, as a critic of the thing. Makers become great by having strong opinions and working to realise them. They stand for something. Almost by definition, how they choose to practice is how things must be. Being a good and fair critic practically demands being a very unopinionated and bland practitioner, if one is to combine the two.

Most of all, a good critic is one who shares the aesthetic criteria of her audience. A good writer is one who engages his readership. If the target audience is interested in frosé by the pool, the good communicator is the one who is successful in providing them with wines and content they would like to consume. If the audience is after GCC Bordeaux with great resale value, the good critic is the one who will deliver that ten years down the line. If the audience is interested in natural wine, whatever that may be, the good writer is the one that shares those principles. There is innate nobility and virtue, of course, to writing strictly for an audience of viticulturists, winemakers, or whomever the true experts are. I would absolutely salute the courage of the brave soul who sets out to make their bread, or even their top-up pain d’Espagne, this way. And, as they start on this quest, I would bid them adieu with prayers and the sign of the cross.

In the end, winemakers should care not what the critics, writers and commentators say. They are the players on the pitch, we’re just chattering on the side-lines. Theirs is the glory, not only in victory, but also in defeat, because they do and we don’t.  But they should also not completely dismiss writers and communicators either. There is no innate superiority in growing grapes to growing apricots, in making wine to making olive oil. (If anything, the moral higher ground is occupied by the person who is not making drugs.) If a bottle of wine can reach many multiples the price of a bottle of olive oil, it is to an extent because of the writers and critics who talk about it. There are a few reasons why nobody cares about GCC Bordeaux in Greece, few care in Spain, and many care in England, but the local writing is decidedly one of them. It is also the reason LeBron James or Mohamed Salah elicit enthusiasm in some countries and a blank stare in others. There is no hero until a bard sings his exploits. Even if the latter has never picked up a sword.

Photo by Daniel Vogel and Unspalsh