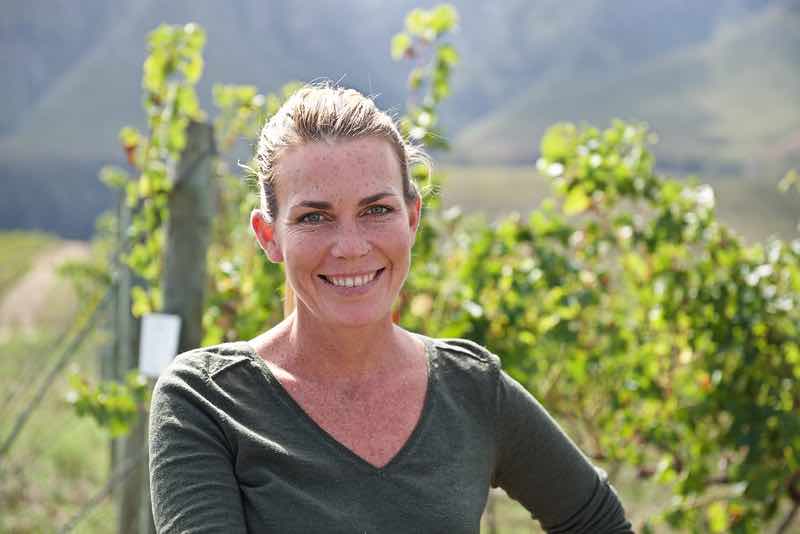 It’s a decision most of us will never have to make, thank goodness. You have a few seconds to pack a single bag: what do you take? Throw in a couple of family photos, a favourite jumper, a knick-knack that reminds you of your childhood. And then you open the door and flee for your life.

Samantha O’Keefe of Lismore Estate Vineyards knows a little of the desperation and panic we see in the eyes of Ukrainian refugees on the news. In December 2019, she faced such a choice. There were no Russian troops massing ominously in the dramatic hills above Greyton; what sent her scuttling from her home was fire. Over the next few hours, she lost almost everything she’d built over the last 20 years: her house and cellar were chewed up and spat out by the flames. Just as bad, at least as far as her business was concerned, was the loss of wine sitting in barrels: 70,000 litres of the 2019 vintage vapourised.

By chance, Lismore’s vineyards, torched and engulfed by billowing smoke, fared a lot better. “If they had all been destroyed, I would have given up,” she says. “But I went back the next day and there were green shoots.” Three hectares were beyond help and have been pulled out, but just over three times that amount had survived. Samantha made wines from her own vines in 2020, as well as from grapes donated to her from across the Western Cape. She worked out of four different cellars, driving thousands of kilometres during harvest, and somehow managed to produce some wines in 2020.

Last week, I was back at Lismore for a once annual tasting that we last held in March 2019, pitting the best South African wines against their peers from elsewhere. The rebuilt house looked spookily identical; the red shed – Samantha’s name for her cellar – was open again, full of barrels, foudres and concrete eggs. I could see a few charred trees from the veranda, but other than that there were scant signs of the conflagration. After the tasting, a few of us sat by the fire drinking 2011 Jamet Côte Rôtie, of all things, warmed by more benign flames.

Lismore is on its feet once more. Sam has planted another six hectares, bottled some stellar 2021s and pulled her life back from the precipice. It’s hard to describe, let alone understand, the strength of will it takes to survive something like this. Post-traumatic stress syndrome is only part of a challenge that must have felt almost Sisyphean at the outset.

The day after I left Lismore, I was sitting having dinner with Rosa Krüger, South Africa’s inspirational old vine queen, discussing the price of grapes. The Cape is far from the only place in the world where quantity is better rewarded than quality. As long as there’s sufficient water – not necessarily a given nowadays – it’s generally more profitable to farm a mechanised, high-producing vineyard than a dry-farmed parcel of gnarly bush vines.

“You know,” she told me with a sparkle in her eyes, “I was talking to a grower today and something he said gave me hope.” The man in question sells part of his precious crop of Chenin Blanc, Grenache and Palomino to some of the young guns and for the first time this year, his vineyard made a small profit. R5,000 (£260) might not sound like much, especially when you compare it with the R500,000 return he makes on a hectare of citrus fruit, but it was enough to vindicate his decision to leave his 70-year-old vines in the ground.

Rosa introduced me to the Afrikaaner word “vasbyt”. The English translation is “stoical”, but the word has a broader meaning. “It’s sinking your teeth into a problem and never giving up,” she added. All sorts of people in the wine business display vasbyt, from growers whose vineyards are devastated by frost or hail to producers who continue to make wine, wrestling with low margins, arduous hours and indifferent sales. Something within them is determined to keep going. As the great Irish playwright and novelist Samuel Beckett wrote: “Ever tried? Every failed? No Matter. Try Again. Fail again. Fail better.”

Samantha O’Keefe is American, not South African, but it doesn’t surprise me that her adopted country has taken her to its heart. You can see it in the way her staff, her colleagues and her friends react to her. She’s a survivor, but she’s more than that too. Deep down, she’s an optimist. We all need some of her spirit right now.