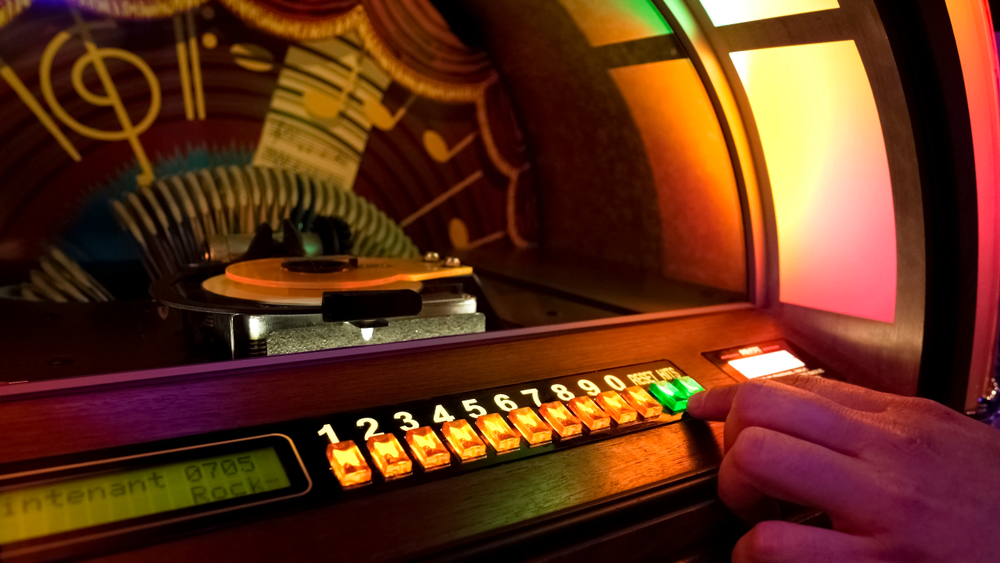 There’s a truly wonderful mathematics-based essay on the improbability of the cheating couple in The Piña Colada Song (aka Escape by Rupert Holmes) ending up on a blind date with each other, in which ‘data journalist’ James Ball gets out his calculator and crunches the numbers.

It got me thinking, not about pop music and data, but about pop music and wine. Long and established is the relationship between booze and song but many mainstays of this liaison deal with generics such as Whiskey in the Jar, Red Red Wine and Tequila, but I’d like not to deal in generics here and compile a solely wine-based top 10 where specific grapes or – even better – regional, appellation-level even wines are featured in the lyrics.

While this rules out the likes of Neil Diamond’s Red Red Wine (don’t worry Diamond fans, he gets another shot at the top 10) and the myriad ballads where a nondescript ‘wine’ is passed or shared or ordered late at night, it certainly focuses the mind and palate on the explicit and celebrates those songwriters who, like Damon Albarn, clearly know their Claret from their Beaujolais.

As the great canon of pop music is trawled for suitable vinous references Champagne and Champagne brands keep popping up, mainly in American rap, so we’ll deal them first as all great wine lists begin with fizz.

Fact: 50 Cent loves his Dom. “If there’s a genie in a bottle of that Dom Perignon/ Imma drink ‘til I get to that bitch” intones the Queens, NYC rapper – real name Curtis James Jackson III – on his 2002 cut, and haven’t we all felt like that from time to time.

Fiddy’s love of DP extends into his other work too, and he reels off several booze brands in 2004’s Disco Inferno, which sadly isn’t a cover of the The Trammps 1976 dancefloor rug cutter of the same name.

Cristal, Dom P and Hennessy all get a shout out as F-50 compiles what sounds like the cocktail from a hell; a true mixologists nightmare. “Pay attention boy I’ll teach you how to do this shit/ You mix a little Cris’ with a little Dom Perignon/ And a little Hennessy, you know we fittin’ to carry on”.

Someone pass the spittoon.

Another rapper known for his love of Champers is fellow New York native Jay Z, who plumps for the Cristal too in his 1997 hit Feelin’ It.

“I keep it realer than most, I know you feelin’ it/ Cristal on ice, I like to toast, I keep on spilling it,” spits Jigga.

With hand eye coordination like that, and/or a poor choice of stemware, he’s certainly feeling it… all down his trousers.

Sailor – A Glass of Champagne

Continuing the Champagne theme – albeit on broader terms – are 1970s pop band Sailor, who use the famous French fizz as a social lubricant, although there’s clearly a disparity here between the two protagonists and a slightly unnerving power/control struggle.

“I’ve got the money, I’ve got the place/ You’ve got the figure, you’ve got the face/ Let’s get together, the two of us/ Over a glass of Champagne,” sings regal Norwegian frontman Georg Kajanus (real name Prince Georg Johan Tchegodaieff) on the 1975 No. 2 hit.

“I’ve got the music, I’ve got the lights/ You’ve got the figure full of delights/ Let’s get together the two of us/ Over a glass of Champagne,” he continues, really hammering home the fact that the object of his affections has a good figure.

He wants to be careful with those lights though, especially if the Champagne is in a clear bottle. No one likes lightstrike.

Where there’s Champagne there’s Prosecco not far behind, as French indie band Phoenix find in their 2017 single Ti Amo.

“I’ll be standing by the jukebox/ Champagne or Prosecco?/ I was playing classics by the Buzzcocks, Battiato and Lucio,” sings Thomas Mars, nicely referencing one of the great punk rock bands, but also posing a pretty stupid question.

I mean who would choose the Prosecco. The singer’s French too, so really should know better. Lovely song though.

The Canadian singer’s 1996 global smash is a pedant’s goldmine, and there are plenty of essays online proving just how non-ironic the situations posed in the song actually are.

What interests us is the wine reference, and it’s not just any wine either, it’s a big hitter, an international variety.

“It’s a black fly in your Chardonnay,” sings Morissette in the opening verse, bemoaning her ‘bad luck’ at finding Simulium trifasciatum in her wine. It could have been worse, it could have been antifreeze.

The title alone could be a reference to the wine trade, but we won’t go there. Blur’s 1996 single tells the story of a deeply unpleasant character; a privately-educated, class a-dabbling chancer who thinks that money and privilege is all he needs to be successful.

“Educated the expensive way/ He knows his Claret from his Beaujolais,” sings Damon Albarn, clearly a man who knows a thing or two about French wine and its perceived hierarchy. It’s a delicious rhyming couplet too and no doubt did wonders for the sale of Fleurie and Listrac during the Britpop years.

How does Bob Marley like his doughnuts? With jam in. What’s Underworld’s favourite drink? Lager, lager, lager, lager. Actually that may not be correct, as the Essex dance duo are partial to a splash of Spanish red too if the brilliant Pearl’s Girl is to be believed.

This is a song that references Rioja, Einstein, Andalusian architecture and Reverend Al Green, just take a look at the lyrics.

As words set to music they are wonderfully abstract, as a tasting note, this is hell in 100 words.

Here he is, the Jewish Elvis, making the cut with his 1970 romper Cracklin’ Rosie. There is some ambiguity about what or who exactly Cracklin’ Rosie is, but two schools of thought have wine firmly in the mix.

Some claim it refers to wine drank around the campfire by lonely Canadian tribesmen while they reminisced about past lovers, others believe it refers to sparkling rosé wine – perhaps even the iconic Mateus Rosé – as crackling is an American term for pétillant.

Either way you’ll never hear “We got all night/ To set the world right/ Find us a dream that don’t ask no question, yeah” again without wondering or reaching for the Mateus.

Cliff Richard always makes the lists of ‘celebrity winemakers’ through his Portuguese rosé concession, but he’s not making this list despite the best efforts 1979’s Language of Love where Chianti gets a clumsy mention alongside a handful of other seemingly exotic foreign things like French cigarettes and potatoes (don’t ask).

The Chianti crown instead goes to 1990s Britpop band Sleeper whose frontwoman Louise Wener bears an ever more striking resemblance to DUP leader Arlene Foster with each passing day, which is beyond unfortunate for someone who 20-odd years ago was every indie kid’s wet dream. But we digress.

The band’s 1996 single Nice Guy Eddie – named after the Reservoir Dogs character played by Chris Penn – tells the tale of a rich old lothario with a perma-tan and a penchant for lengthy sofa-based lovemaking sessions.

He’s clearly a sophisticated guy. “D’you fancy veal parmesan and a case of warm Chianti,” he quips. Warm? A case? Bet it’s served from one of those natty straw baskets.

As supergroups go they’ve thrown the kitchen sink at this one – kind of like a Champagne blend which uses all seven permitted varieties.

This 2013 colab between Chic’s Nile Rodgers and a cast of whippersnapper producers and artists is a graceful ode to ‘unwinding together’, and what better to unwind than with a glass of Sauvignon Blanc.

“Kiss my lips and taste the Sauvignon,” goes the opening line, but before you’ve fully appreciated the volatile thiols, off trips the song into a laid-back electro fug never returning to what we hoped would be a Savvy B-based lyrical exploration.

Sadly the line “Get your tongue around the mercaptans, baby,” is not present.