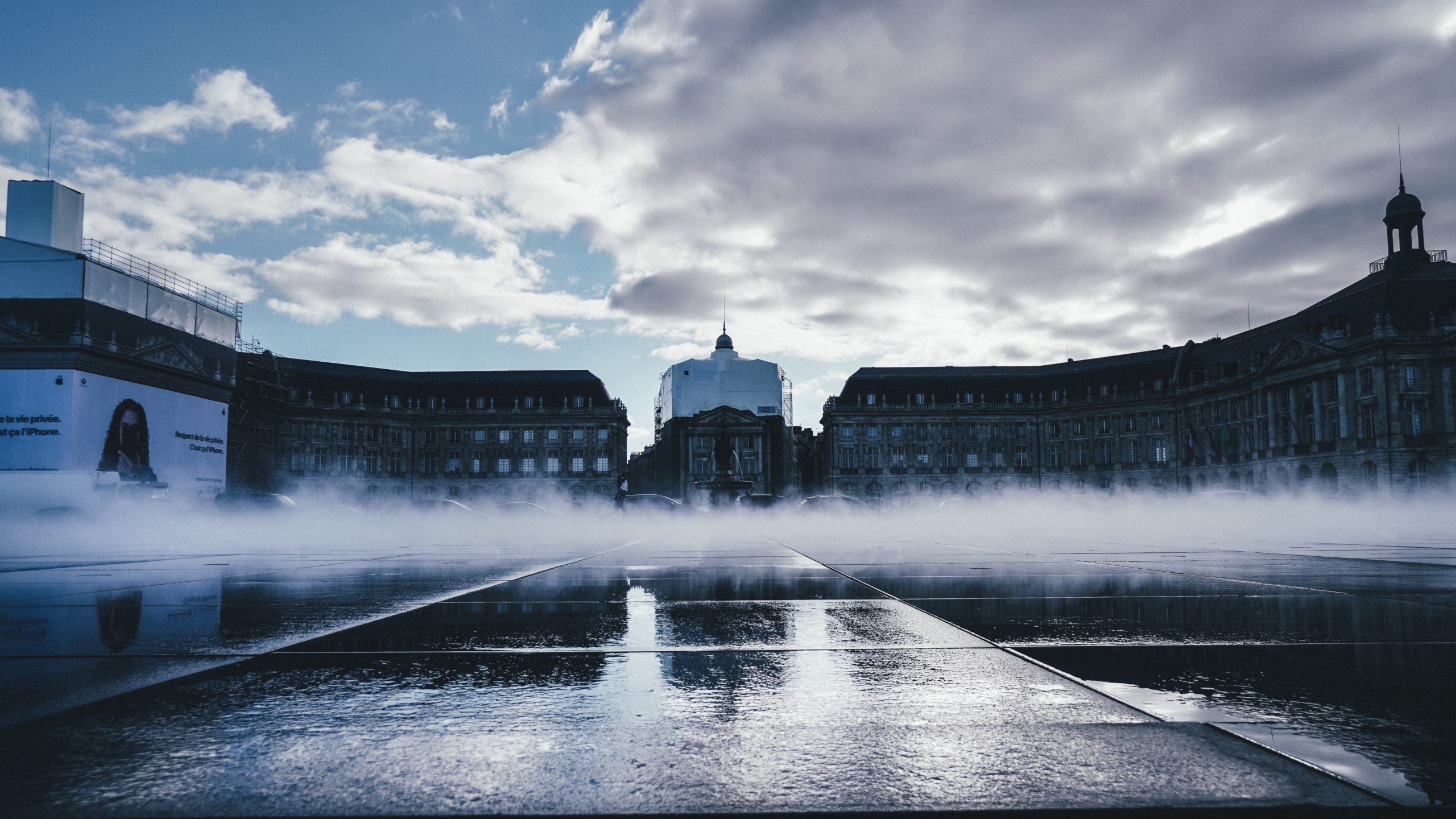 We splashed in the Saint Emilion lavoir, desperate to cool off on a 39-degree day in August. Yet this wasn’t when the weirdness of this broiling year really hit me. Nor was it as I surveyed ruined maize and sunflowers in the Loire days later, leaves burnt brown by months of record temperatures. The moment I realised climate change was an emergency was when I was driving on the A10 motorway and passed a convoy of German fire engines lent by the city of Bonn speeding in the opposite direction to tackle huge fires south west of Bordeaux.

This is a year which will test wine producers’ skill like no other: a “winemakers’ vintage” in a truer sense than the normal euphemism for “rubbish year in Bordeaux”. Vignerons I talked to across France this summer – in Bergerac, Saint Emilion, Côtes de Bourg, Chinon and Vouvray – all worried about the size and state of their harvest. Yet climate change has already changed wine in Bordeaux – and more so in this Atlantic climate than in many regions. And that fact, at this moment of climate crisis, might cause us to wonder about accepted ways of making red wine worldwide, profoundly influenced as they have been by the greatest source of fine wine on Earth.

The days when the Bordelais struggled to ripen grapes, turning (legally) to chaptalisation and (until the early 1970s; illegally) to a generous slug of Rhône red, are a distant memory.  Remember that 1948 Château Mouton Rothschild contained only 10.5% alcohol. But even 20 years ago, reverse osmosis machines to concentrate wines and micro-oxygenators to round them were all the rage, thanks in part to the tastes of Robert Parker and Michel Rolland.

Not much need for those these past few years, with riper fruit, better expressed via triage and more gentle extraction. Indeed at last month’s Saint-Emilion Grands Crus Classés tasting in London, I was struck by the approachability of the 2019s and even more so the 2018s: these are delicious now.

Gavin Quinney, British Bordeaux producer at Château Bauduc in Créon, agrees that there have been changes in technique (triage, extraction, attention to detail on barrels) and some individual shifts in style post-Parker, such as Château Troplong Mondot. But he thinks that at this quality level it’s more a question of vintages than changing style: “I don’t think there’s been a massive shift but what you’ve seen is a succession of ripe vintages.” He points to relatively recent but still trickier and more tannic years, such as 2011. But he concedes that lower down the price scale – up to around the €8 mark ex-cellar – there has been a definite shift to earlier-drinking styles across Bordeaux.

Climate change is already stretching traditional wine styles and typicity across Europe. The difference in Bordeaux is that its native grapes and Atlantic climate established a method and a goal of long ageing to tame tannins that has been adopted as a gold standard across the red winemaking world.

Until the late 20th century, growing Cabernet Sauvignon and Merlot in an unreliable maritime climate and then giving the wines a spell in oak barrels, demanded that those wines needed long ageing to be palatable. And quirks of history and geography – not least Bordeaux’s position on a big southern estuary and proximity to Atlantic trade – made these wines the ones to emulate elsewhere.

Without that Bordelais lead, there would be no super-Tuscans, Cabernet Sauvignon-dominated with lashings of oak, albeit warmed in Bolgheri and inland by a far kinder Mediterranean sun than the vines of the Médoc. Farther back, there arguably wouldn’t be Rioja as we know it today, as Nina Caplan has argued. Even if efforts in the 19th century to introduce the método Bordelés stopped short of successfully establishing Cabernet Sauvignon, they made new oak and Rioja more-or-less inseparable.

Without the pull of Bordeaux we might not even have Barolo, Europe’s other great long-ageing red: French oenologist Louis Oudart was reputedly engaged by at least one leading Barolo producer in the mid-nineteenth century. What is certainly true is that in radically changing Barolo’s style from a sweet to a dry wine from the 1850s, the Piemontese were actively trying to emulate the Bordeaux style, albeit using their own, even-more-tannic Nebbiolo grape.

We can look back on this spread of knowledge as a happy accident. That isn’t true of those producers today following the wannabe-Bordeaux route. Yet it is still comes down to a quirk of history that winemakers in Portugal, Chile or New Zealand feel the need to use expensive French oak barrels to signal that a particular cuvée is serious. And it isn’t helpful. Call it the curse of Bordeaux.

That fact that over-oaked Californian Bordeaux blends are a cliché doesn’t make them any less silly. The same kind of excesses in cruder Supertuscans are equally predictable. I’m more disappointed, though, by tannic, oaky, Cab-dominated Greek reds. Why turn your back on your own amazing indigenous grapes?

Part of the answer is ageability and collectability. If, as a winemaker, you crave the cachet of being collected by rich people – and the accordingly elevated prices – then your wines are going to have to be capable of evolving for years in cellars. For reds, that means structure, tannins and acidity of the kind pioneered by Bordeaux.

Wine is in a world of trouble with climate change. But the crisis can at least remind us that making big, tannic reds that need years of ageing is the product of a particular time and place. Can the curse of Bordeaux now evaporate like water splashed in the baking southern sun?

Photo by Jiamin Huang on Unsplash