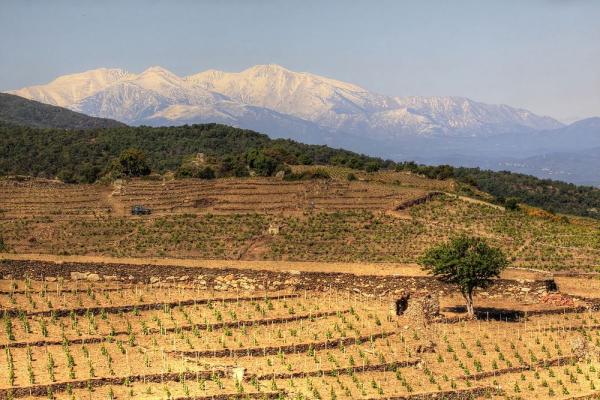 Is marriage a matter of the head or the heart? Driving back from my godson’s wedding in Nottingham recently, I heard an interview with Baroness Fiona Shackleton, Britain’s leading divorce lawyer, on BBC Radio Four’s Today Programme, about this very conundrum. Shackleton was unsurprisingly hard-nosed about conjugal bliss, describing it a “practical arrangement” rather than a mingling of souls. The head, she argued, should always rule the heart. For all the confetti, the bridesmaids and the optimistic speeches, the reality of marriage is hard work.

There’s a parallel with wine here. People who go into the business often do so for romantic rather than practical reasons. I’m not talking about those of us who eke out a meager living writing, selling, serving or importing the stuff, but the ones who buy an estate because they like the idea of what is known in California as a “wine country lifestyle”.

I’ve done something similar myself on occasion, glancing at a website like www.vineatransaction.com and allowing myself to dream. If I sold my house in London, I could afford a bastide and 25 hectares in the Roussillon. Imagine waking up with a view of the Pyrenees each morning! Imagine pruning your own vineyard, picking your own grapes, bottling your own wine!

And then you talk to people who’ve done this, or to those luckier souls who’ve inherited domaines, estates, châteaux and vineyards and they all tell you the same thing: the profits are invariably small, the competition intense, the graft never ending. You can only do this is you’re committed to it for the long term. It’s a marriage contract, if you will, rather than a fling.

It’s amazing how naive purchasers can be. Like the multi-millionaire Hollywood producers, real estate moguls and venture capitalists who bought wine from the fraudster Rudy Kurniawan, they don’t do their homework, let alone due diligence. As fellow journalist Felicity Carter wrote in an article last year, “caught up in the glamour of wine, they frequently throw away everything they know about business planning and forecasting, and just to buy a winery and hope for the best”. Some can take the losses, as they earn their money elsewhere, but many learn the hard way.

A friend of mine who lives in the Languedoc comes back to London every year and spends half an hour on the tube during the rush hour to remind himself of what he left behind and why he doesn’t miss it. Coincidentally, he used to run a business called Wine Prophet, which advised people who were thinking of buying a wine estate. A realist rather than romantic, he spent most of his time trying to put people off the idea. Most of them had no idea of what it involved.

An alternative strategy would be to take those romantics to Prowein and lead them through some of the less frequented areas of this vast trade show, where owners sit disconsolately on empty stands waiting for someone, anyone, to taste their wines. In the old days, they’d have been smoking a fag. Nowadays, they just stare at their mobile phones.

The problem with wine is that there’s too much of it and it’s mind-bogglingly diverse. Very few areas find it easy to sell what they make. For very Chablis, Sancerre, Châteauneuf-du-Pape or Marlborough Sauvignon, where demand exceeds supply, there are thousands of unknown or obscure appellations. I’m not saying the wines aren’t good, but persuading someone to buy them isn’t easy.

And how do you do that? It’s a dirty word to some, but the answer is marketing in its broadest sense. This is often found wanting. I’m constantly amazed by how many wines look awful with bad labels and capsules. The same goes for websites, flyers and technical sheets. And don’t get me started on inept translations…

As a journalist, I’m also surprised by how little many producers know about their own wines. What’s the price? Dunno? How big is the vineyard? Ditto. Do you have a UK agent? Yes, but can’t remember his name. And then there are the glasses. If you’re showing your wine to a wine writer, sommelier or prospective importer, why not invest in some decent stemware and maybe a decanter or two? This may sound trivial, but it’s not. The best winemakers are obsessive about the conditions in which their wines are tasted.

People who aren’t focused on the details of good marketing are unlikely to take much care in the vineyard or the cellar either. Good grapes and good wines are the result of hundreds of small decisions, inconsequential in themselves but which add up to the difference between success and comparative failure. Like a good marriage, there’s plenty of love, passion and forgiveness required, but a calm head and a willingness to stick at it are essential too.