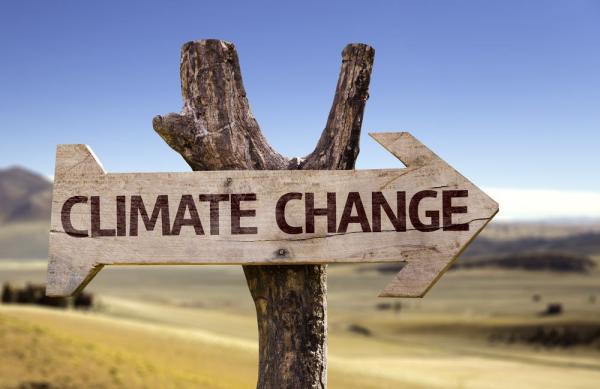 Natural Wines are so last year. Oh, there’s the usual set of One Trick Phonies out there who will never stop evangelizing for Natural Wines. What else do they have? Natural Wine is their only identity. There’s an enormous world of wine out there, but they’ve chosen to live in Neverland like the Poor Lost Boys. Never add sulfites. Never fine. Never filter. Never call anything a fault. Never grow up. Neverland is a beautiful place, a wonderful make-believe place, a place where you can fly if only you have enough pixie dust and blind faith (the basic definition of biodynamics).

Yet the newest trend in wine promises to overshadow Natural Wines. Or, at least, that’s what the folks at Climate Change Cellars are hoping. They’re betting that climate change will be the main focus of the wine business in a few years, and that socially conscious young wine lovers will be drawn to wines that speak to our new climate normal. They believe these young wine lovers will tire of Natural Wines, and, instead, fall in love with Natural Disaster Wines.

“Everyone’s talking about climate change,” says Climate Change Cellars’ owner/winemaker Alma Geddon, “but we’re the first winery to make it our specialty. We’re taking minimal intervention one step further than the Natural Wine advocates. We just leave the grapes out there no matter what manmade natural disaster is happening. In fact, we contract with growers in natural disaster zones as soon as we hear of something terrible happening. Then we produce wine that reflects its dying and ruined terroir. Much like the unadorned truth about our broken terrestrial thermostat, these are hard wines to swallow. They taste like a disaster. So we think the people who adore natural wines will find them appealing, too.”

I was lucky enough to taste several of Alma Geddon’s latest Natural Disaster Wines. While these wines may not be for everyone, they will be soon.

I had smoke taint once, but my proctologist gave me something that cleared it right up.

Wine grapes ripen in the summer, and that’s prime wildfire season. More and more often, vintages are “ruined” by the smoke of nearby wildfires. And it’s only going to get worse. The grapes absorb volatile phenols from the smoke, like guaiacol and eugenol, that can bring winemakers to their knees (known in the trade as the “eugenol kneels”). So, to answer the famous cinematic question, “Who ya guaiacol?,” Climate Change Cellars created “Smokebusters!” A soon to be classic, probably ubiquitous, style of Napa Cab.

“Grapes that have been exposed to a lot of smoke make wonderful wines,” Alma Geddon tells me. “For one thing, they need less oak. They come pre-toasted! And you no longer have to worry about those annoying fruit smells in the wine, which no one likes anyway these days. Instead, you get all the wonderful, artificial aromas of Liquid Smoke with a lovely edge of plastic. To me, that beautiful hint of plastic reminds me of a cool breeze from the Pacific Ocean, a whisper of the sea’s lovely plastic garbage patch. That’s what wine can do—remind us of where it’s from. Our ruined planet!”

Geddon intends to make an entire line of Smokebusters! wines from wildfires that annually appear in places like Australia and Portugal. She can purchase the smoke-tainted fruit at fire sale prices, and hopes to compete with the bargain wines. “The Shiraz I have from Australia is fantastic! Smells exactly like a singed wallaby lathered in barbecue sauce. I’m calling it ‘Yellow Taint’”

Chablis Chablis can’t keep up with the demand for its wines. Every vintage brings a natural disaster to those famous vineyards — if it’s not hail, it’s frost. If it’s not frost, it’s mildew. If it’s not mildew, it’s Steven Tanzer. Demand is up, supply is down. Enter Climate Change Cellars.

“Let’s face it,” Alma says, “wines are never going to taste the same again. Look, the wines we have been drinking the past forty years are vastly different from the wines you might have tasted in the early twentieth century — technology changed all of that. Most would say for the better. Well, now technology, in the form of burning fossil fuels like there’s no tomorrow — oh, wait, there is no tomorrow — has changed wine again. Especially in Burgundy. All the wine regions will change dramatically, it’s just that Burgundy is the proverbial canary in the Clos mine.”

Climate Change Cellars has been quietly buying up all the damaged fruit from the best vineyards in Chablis. Hail, mildew, sunburn — that’s the new terroir of Chablis. Shouldn’t the wines reflect that? It’s time to say goodbye to minerality, whatever that is, and welcome the equally ineffable aroma of desperation. Goodbye flinty, hello smoking gun to the head.

The Climate Change Chablis is Natural Disaster Wine at its best. It may not appeal to Chablis purists, but don’t let those climate change deniers ruin your fun! Wine has entered a new phase, a more accepting and loving phase, a phase ushered in by Natural Wine zealots; a New Age kind of phase that says we don’t love our wines despite their faults, but because of them. Now you can taste Climate Change Chablis, in all its moldy, mildewy, taste of the tomb goodness, and be transported instantly to our world on the brink of being uninhabitable. And, when you think about it, isn’t that what wine is for?

Alma Geddon wants to give back. The success of Climate Change Wines has been overwhelming. In gratitude, Alma designed a series of wines devoted to animals that are on the brink of extinction, and donates every penny of the profits to causes close to her heart.

“I give all the profits to ExxonMobil, Royal Dutch Shell, and the Trump Re-Election Committee. Without them, the environment might stand a chance, and I’d be out of business.”

Each bottle features a handsome photograph of a vanishing species, with an appropriate wine inside. For example, there’s the Mead bottling with a picture of a bee on the label. “While no one will miss Mead, making wine from honey is like making vodka from birds’ nests, we might just miss bees themselves. And,” Geddon confirms, “yes, Sting was a consultant on the honey wine.”

I loved the Polar Bear wine! It was a very emaciated Muscadet. For irony’s sake, I put ice in it.

Climate Change Cellars is on the cutting edge of the Natural Disaster Wines movement.