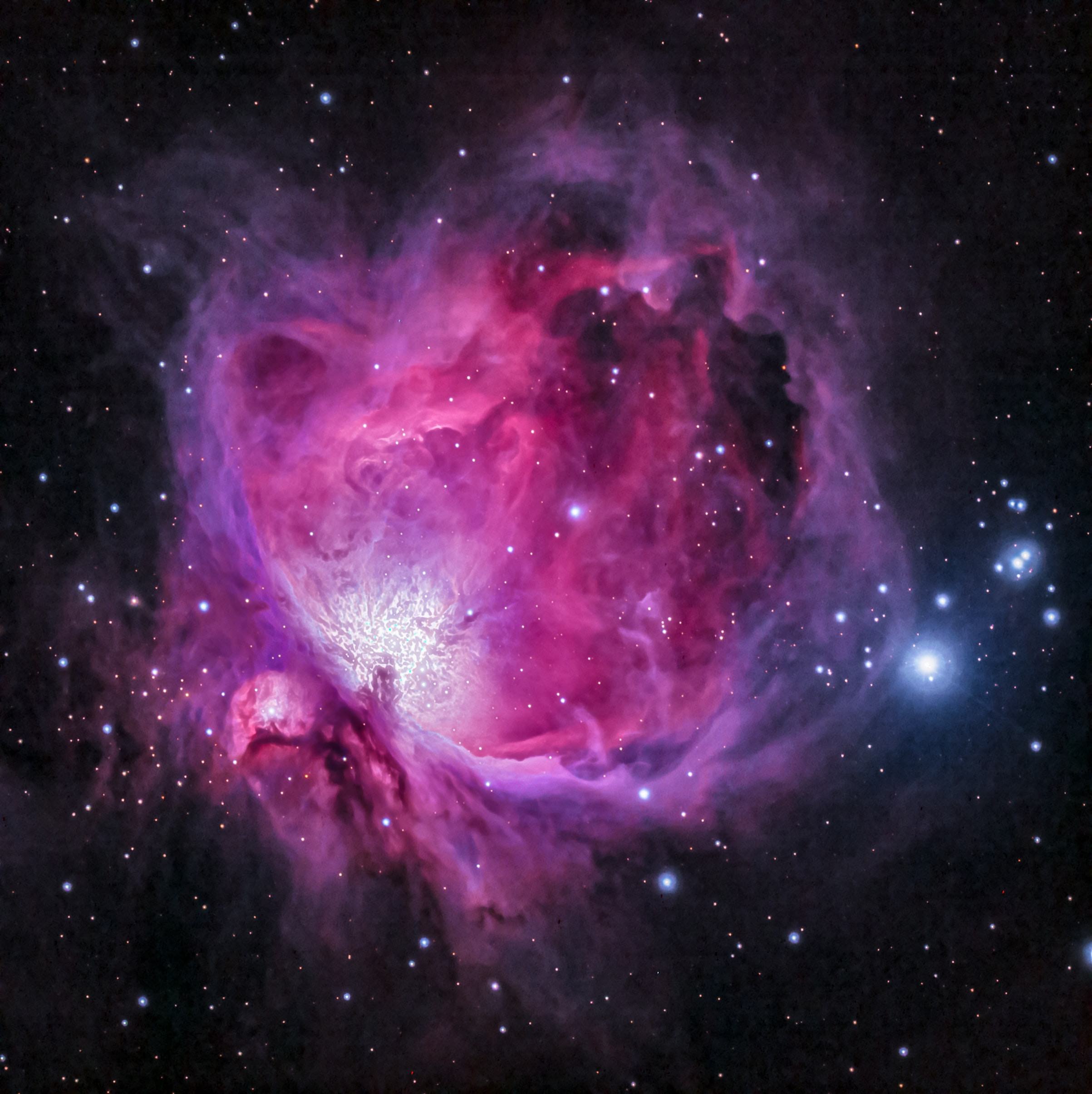 “In everyday language, when we say that something seems complex what we typically mean is that we have not managed to find any simple description of it… what we are effectively saying is that our powers of perception and analysis have failed on it.”
Stephen Wolfram’s ‘A New Kind Of Science”..

It’s your turn to say something insightful. Quietness implies thoughtfulness, but silence just seems like disinterest. So, you think, it tastes…apple-y. Not Russet apples, nor Coxes, nor Golden Delicious. More like every apple and no apple, stewed and fresh and dried and baked all at once, dissolving into other flavours at fluid boundaries…but, “mm, appley” is just too banal to blurt out at a Fine Wine dinner, isn’t it? It would be like staring at Miró and saying,”nice shapes!”. The tasting notes you hurriedly google on your trip to the bathroom rattle off lists of descriptors such as “wafts of black cardamom and beaten copper”, and the oeno-bingo-lingo greatest hits – minerality, salinity, energy – have all been wheeled out already. No matter which primitive linguistic spears you throw at the glass, they just bounce off, falling to the ground with a dull thud.

If we need a definition of Fine Wine, perhaps it should be ‘Wine That Cannot Be Easily Described’. Does it make sense that the more elusive the wine, the more exciting it is? One answer – or at least a persistent-enough line of questioning to justify the belief that there may be an answer – offered itself up in the unlikely form of a mid-1990s documentary on fractal geometry that Netflix conjured up late one night (during an effort to calm a baby whose behaviour was evading all powers of perception and analysis). It was called ‘The Colours of Infinity’.

Hopelessly obsessive oenophiles tend to find parallels with wine in almost everything. True to form, a light went on when computer scientist Michael Barnsely explained how we “… look out at the totality of nature, and then say, my goodness me, we’ve got nothing to describe this with. Clouds are not made with straight edges. Trees are not circles. They’re not triangles….but there’s a continual sort of pattern I can see at the edge of a rising cumulus cloud, one of those very wrinkly, coruscated clouds…” If the language of Euclidean geometry (linear, rounded, angular; words familiar to wine description, too) is not helpful for describing natural forms, but these forms are not random either, then what are they?

The mathematician Benoit Mandelbrot’s eponymous ‘set’ – his 2-dimensional rendering of a simple mathematical formula – churns out hypnotic, eerily-organic shapes. To stare at it is to see elephant’s trunks, seahorses, octropi, compound insect eyes, leaves, even human forms, cascading with never-ending ‘self-similarity’ as it zooms inwards towards infinity, toying with zero but never reaching it. Mandelbrot coined the term ‘fractal’ to describe this phenomenon, a tangible example of which can be found in most upmarket greengrocers: the romanesc cauliflower, the only brassica that looks better than it tastes. The patterns seen by people on LSD are reported to closely resemble those of the Mandelbrot set (as do those seen when we close our eyes), and there have even been attempts to use fractal analysis of grape vine leaves to aid ampelographic research. It seems clear that fractals are buried deep in the code for life itself.

And so, the hopeless oenophile asks: could a deep-seated fascination with endless, fractal-like complexity go beyond the visual realm, into the worlds of sound, smell and taste? Wine is an interesting test case; on the one hand, it can be thought of as a purely gustatory experience, something that can be analysed next to a Mars bar, or a loaf of bread, for physical properties and chemical makeup. Indeed, sensory science seems bound to treat wine as a foodstuff, thanks to the fact that our sense of smell seems to have this primary purpose, as Dr Jamie Goode, writing in Barry C. Smith’s Questions of Taste: The Philosophy of Wine writes:

“Rather than being important for orientation, social organisation and mate choice, as it is for many mammals, our use of the chemical senses, taste and smell, is largely restricted to food choice – a reduced but still vital role.”

Wine-as-foodstuff may feel a touch prosaic to those of us sloshing around at the bottom of wine’s well of opulence, though. Yes, we have wine academia, wine aesthetics, wine philosophy, all parallel worlds; yet there is something in the sensory experience of wine itself that goes beyond those gustatory instincts. Smith himself raises the possibility that the ‘other’ role our noses play could be more important than we previously imagined, perhaps even being central to our relationship with others, our emotions, our very sense of consciousness itself. Maybe wine is pushing some of these buttons, somehow? The sensory hit can feel different to that we can expect of a peach, or a piece of cheese, or even the finest cut of Wagyu beef. We like our food to feel fresh, yes, but not (normally) respiring, awaiting execution by incisor. Our wine, though, is deader-than-a-dodo on a technical level, yet to actually call it dead is to condemn it in the strongest terms. We want wine to feel alive.

Maybe, on some level, it is. Take a look at futurist thinker Raymond Kurzweil explaining how consciousness itself could be resident in states of complexity, whether organic or synthetic (how human of us, after all, to assume we made the thing). If you’ve ever had a transcendent wine experience, perhaps that wine itself was exhibiting, or least recalling, some sort of consciousness, encoded through the people, places and materials who made it and their memories, nested in repeating layers of complexity that trace back centuries…?

Infinity is just a bit much to deal with. The universe is not, most believe, infinitely small. Wine can seem infinitely complex, but that cannot really be the case. We may enjoy sensing the complexity that lurks beyond the resolution at which we are calibrated to experience the world, but at the same time we remain troubled by the thought of intelligences that can operate fully at that resolution. In Kazuo Ishiguro’s Klara and the Sun, the protagonist, an artificial life form built to relieve teenagers of loneliness, is asked whether she can learn the heart of her owner, and even become her, should she die. Her reply:

“Of course, a human heart is bound to be complex…(it) may well resemble a strange house with rooms within rooms…But it must be limited..there’ll be an end to what there is to learn. And I believe there’s a good chance I’d be able to succeed.”

Kurzweil’s prediction that ‘the singularity’ – the moment when artificial life forms are sophisticated enough as to appear fully conscious – will happen within his lifetime. It is somehow a chilling thought. At least, if we can build that, then surely we will be able to build some more Château Margaux 1989 to temper our unease? Some Roederer Cristal 2002 to toast the rise of the machines?

If we can, then someone will. But not all of us may want to drink it. When science fiction’s most famous Android, Commander Data, dies at the end of Star Trek: Nemesis, it is a dusty, entirely-real bottle of Château Picard that is brought out to toast him. For all the abilities of replication available in the twenty-fourth century – a whole human being can be dematerialised and sent somewhere else, mind and consciousness intact, after all – wine seems to elude the long arm of technological progress.

Meanwhile, on Earth, future iterations of hopeless oenophiles will stage blind tastings of real vs. artificial wines. There will be news stories about experts not being able to spot the real Margaux (or, by that time Motherwell) 2389. MW students will sweat in front of artificial versions of the same wine, from the same vintage, presented at different ages. But, when it matters, we will still buy the real stuff because, unlike the copies, and unlike every other photo, video and piece of music, or even every memory by this time, a real bottle of wine will be a trove of undigitised, organic complexity. Something we submit to a test of authenticity reserved for two things: art and life itself.

In the end, perhaps the only observable truth about fractality is that it presents an excuse for never getting to the point. Or maybe the opportunity to claim that there is no point to get to. So here is where we move on to the next glass, happy in defeat, hopeful for something else that proves too complex to describe. Something frustratingly delicious and, after a few, reassuringly alive. Something that ennobles, not merely enables, the conscious uncoupling from our powers of perception and analysis. See you at zero.

Photo by Aldebaran S on Unsplash