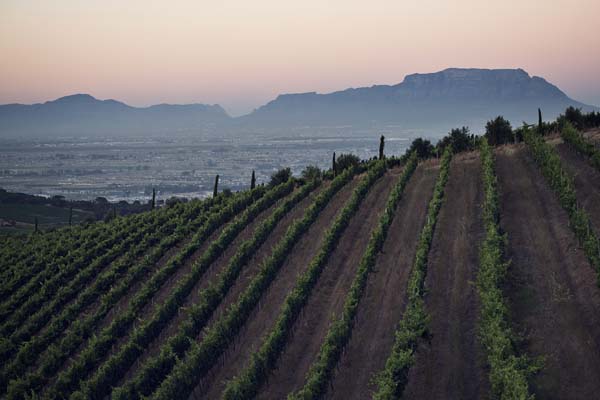 Welcome! Bienvenidos! Thobela! Using a modern day riff on Joel Grey’s famous song in Cabaret, The Beautiful South held its first, keenly-awaited tasting in London last week. If you’ve not heard of the initiative, it is a genuinely ground-breaking collaboration between three Southern Hemisphere countries: Argentina, Chile and South Africa, two of whom are historic enemies.

The two-day event was partly the child of economic necessity. Generic tastings are expensive to organise and can easily consume a substantial chunk of a country’s annual marketing budget. Splitting the costs three ways, even in a bigger venue, is an intelligent way to make that budget go further.

The tasting also grew out of all three generic bodies’ frustration with the declining influence and price of the London Wine Trade Fair. It was significant that I spotted a prominent member of the ProWein team wandering through Olympia, possibly concerned at The Beautiful South’s implications for sales of stand space at the larger German trade fair, too.

But The Beautiful South was, and is, much more than that. The three dynamic, European-based representatives of Wines of Argentina (Andrew Maidment), Wines of Chile (Michael Cox) and Wines of South Africa (Jo Wehring) genuinely seem to enjoy working together to create something new. The result was the best generic tasting I’ve ever attended: buzzy, innovative and full of good wines.

No wonder there were so many winemakers in the room, many of them keen to taste at other tables as well as pour their own wines. The atmosphere in the room was friendly and collaborative. I particularly liked the fact that the seminars (declaration of interest: I gave one) and the focus tastings featured all three countries’ wines. It was a fantastic opportunity to taste 89 Chardonnays, 56 “new generation” wines, 101 red blends or (best of all) 72 old vine reds and whites and compare and contrast the differences in style and origin.

It was also a good idea to mix the countries up in the room, reinforcing the sense of togetherness, rather than having a separate area dedicated to each. Showing wines by importer allowed visitors to taste interesting things side by side and allowed producers from different areas to chat to one another.

These three, very different countries are complimentary in many ways. They all make wines from the Big Six grape varieties (Chardonnay, Sauvignon Blanc, Cabernet Sauvignon, Merlot, Pinot Noir and Syrah/Shiraz), but they have their own unique specialities, too. Chile has Sauvignon Gris, Carignan and Carmenère, Argentina Malbec and Bonarda, South Africa Chenin Blanc and Pinotage.

In fact, the only criticism I’d make of The Beautiful South (apart from an inadequate press room, darling) was that there was too much to see. I was there for the best part of two days and I only visited around a third of the 300 stands. In future, this could easily become a three-day event. Or why not make it a Southern Hemisphere week and include Australia, New Zealand and Uruguay?

What were my highlights of the tasting? In terms of my dozen favourite producers, all of them making better wines by the vintage, I’d single out Colomé, Mendel, Zorzal and Zuccardi from Argentina, AA Badenhorst, Crystallum, Mullineux and Sadie Family from South Africa and Cono Sur, De Martino, Viña Leyda and VOE from Chile. But I could easily have selected another 30 producers to watch out for. And I was delighted to make several new discoveries.

All three countries are making better wines than at any point in their history. It’s partly the development of new or rediscovered areas (South Africa’s West Coast, Chile’s Maule Valley, Argentina’s Gualtallary, to name only three), partly the emergence of a younger generation with greater global experience and partly a much better understanding of how to make more nuanced wines that have a genuine sense of place.

The Beautiful South demonstrated that regional and even sub-regional differences are getting stronger, not weaker. It’s sometimes said that wine styles, at all price levels, are increasingly hard to tell apart, especially where the Big Six varieties are concerned. But I don’t think that’s true. Taste three Sauvignon Blancs from, say, Elim, the Uco Valley and Casablanca and the differences are immediately apparent, despite similarities in winemaking techniques. The same goes for a range of Chardonnays or Cabernet-based blends.

Producers seem to have realised that intervention – and that goes for the systematic use of expensive new barrels, particularly on so-called icon wines, too – often detracts from a wine’s quality. Terroir, that much derided French concept, has never been more relevant, and in both hemispheres. The best global wines are those that reflect their origins as faithfully as possible, rather than the sticky thumbprints of the winemaker.

For a first try, The Beautiful South was a triumph. It wasn’t perfect – some producers complained, as they always will, that there weren’t enough visitors – but I think it was a brilliant and necessary event. Welcome, bienvenidos and thobela to a tasting that has changed the generic game.