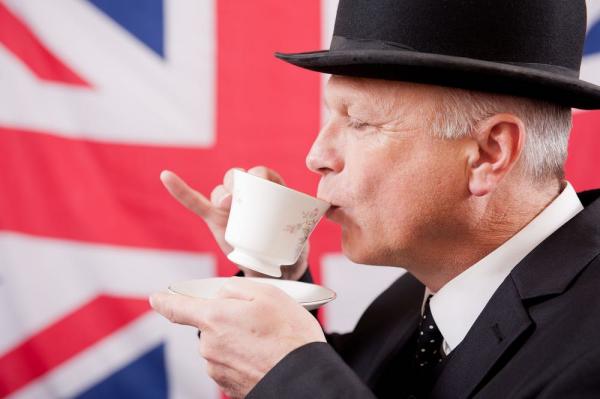 A short time after the Brexit Referendum, I wrote a piece for a Wine Writing Competition [1]. Those were the heady times of the Birmingham conference, with their Citizens of Nowhere and Foreign Staff Lists, the Conservative Party looking like Mr Bean trying to pen the Reichstag Fire Decree. I chose to make my piece about the dark fate I thought was in store for English Sparkling Wine (ESW) in case of a Hard Brexit [2]. It was an uneven piece, swerving clumsily between concern and gallows humour [3]. It didn’t go down well.

Ironically, when I was writing it I thought I was pushing at an open door. Surely, if there was one industry that would be petrified of Brexit would be the ESW one. Surely British wine writers would be less pro-Brexit than Gibraltar. But then the “jolly good Brexit” noises started, culminating in the infamous Financial Times article. I was amazed at how wrong I had been. These guys were on Brexit full throttle and every month seemed to bring a new surprise, all the way to going for a UKIP logo remix [4]. Maybe they intended it as Simba to UKIP’s Mufasa – or maybe they were simply unable to afford Matt Groening’s rates for a cartoon of a smiling Nigel Farage.

The new positioning of English Sparkling Wine as the Official Drink of Empire 2.0 saddened me a bit. You see, I loved the rise of ESW, a legitimate, proper fine wine [5]. A big part of my time in the UK was in Hampshire, and I loved finally having wineries near again. My now wife and I toasted her being accepted for her PhD with a Nyetimber, her completing it with a Hattingley. It was the perfect accompaniment for moments that we felt particularly connected to England. Now, Hattingley’s export manager was telling us on the pages of the FT “Kicking you foreigners out of the country and human civilisation disappearing in an inferno have been good for us I am afraid” [6].

My point today though is not ESW. I don’t think any of the business fundamentals have changed so I still have my reservations, but others are much better placed to comment.  If anything, the Brexunthiasm seems to be on the wane, or at least these were the sounds coming from this year’s London Wine Fair.

And yet, there is a strange new phenomenon: British wine writers appear, to me at least, to be disproportionately supportive. The new talk of ESW is not about an emergent player with, maybe, significant long-term potential, but a long-established terroir.  The mildest criticism of first-time wines is pre-empted with the most sincere of apologies, the type usually reserved for venerable Premier Crus. Asymmetrical tastings are taken as the de facto new Judgement of Paris. Someone reading this with the names redacted would be left wondering which is this vinous superpower playing Napa to Champagne’s Bordeaux [7].

I have a lot of sympathy for the writers. It’s one thing to be critical about a guy in a far-off land, whom you might have seen once or never, who might never read this or might not even speak the language. It’s quite another to write about the work of people with which you move in the same circles. The pressure on writers from the industry must be significant and maybe not always benign. It’s also likely that most of them have witnessed the rise of this industry and the challenges it faced much more closely than others and thus are more sympathetic. And of course, it’s always nice to cheer for the home side [8]. They have helped put so many regions on the wine map – why shouldn’t they help their own?

British wine writers, however, might have more to lose than they imagine.  The reason they are considered the gold standard internationally is only partially due to great writing and serious scholarship. After all, Americans are equally willing to travel, famously committed and hardworking, and with less tradition baggage [9]. But what Brits are almost universally lauded for is integrity and objectivity. Perhaps ironically, not having a wine industry of note at home helped for that; it took away the temptation [10].

As ESW starts entering young adulthood, British wine writers should step away. The best compliment they can pay to the wine itself is to be fair, but tough. This is necessary for the health of both industries. The comparison with the US is again apposite. American wine writers did not lose their credibility because of Parker scores [11]; they lost it when these same scores started going to identikit wines all over northern California, and now the country. Overnight producers, with correct technique and flashy marketing but little substance, were mentioned in the same breath as historically complex Bordeaux and Burgundy. It will be a pity if British wine writing assumes a similar role, only with City old boys and Champagne blends. The producers might still do fine; the writers, probably not so much. Remember, no one abroad cares what British football writers will think of the coming World Cup.

2. Strange to think of it now, but back then that still felt inconceivable.

3. Sample line: “There might be more appetite for UK(IP) products amongst Trump supporters but, sadly, these already have their own wine.”

5. Gather round children. There was once a time where the Great White Hope of English wine were not the Champenois expats but Bacchus, a grape so bland that left home because it couldn’t stand la vida loca its German Sylvaner dad was living. It’s even called Bacchus. Bacchus. Presumably because Grape-o-tastic was taken.

7. Meanwhile, in the outside world, after almost a decade of support and publicity by press and supermarkets, ESW is still used to draw cheap laughs in Have I Got News For You – and that’s still home turf. Maybe the luxury market is not as simple as some imagine.

8. I am after all a Greek guy that likes writing about Greek wine.

9. Italians particularly would probably attest to that.

10. Naturally, nobody begrudged Brits their support of the paint-thinners of yore, for the same reason my schoolmates would cheer disproportionately when I made a basket in our pick-up games. It was so heart-breaking seeing me try, it would be rude not to.

11. À propos of nothing, but does anyone else have this feeling that Parker has turned into this Tony Blair-type of figure? Like, everyone knocks him now (including very much yours truly) but someone must have supported him all this time he was reigning supreme. To be fair to Parker, the first thing he did after stepping down was not try to broker peace between Spain and the Languedoc.