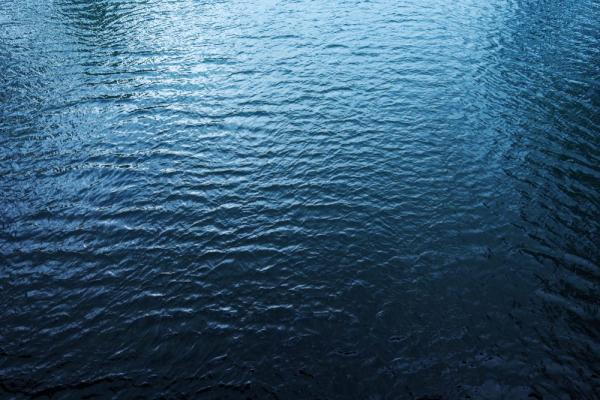 I’ve never been to the Phantom River in New Zealand’s South Island, but a quick search on line shows that it rises in the Ben McLeod Range and joins the Orari River close to Peel Forest. With its echoes of nature, mystery and the gold rush, it’s a wonderful name for a Sauvignon Blanc brand. Punters clearly think so too, as Phantom River is currently selling several million bottles at £5 in Sainsbury’s.

How can anyone put Kiwi Sauvignon in the bottle for so little? The answer is that no one does. Copestick Murray have sourced the liquid from a bulk Chilean supplier since the wine was launched in 2013. There’s nothing underhand about this – the origin is clearly stated on the front label – but if consumers in a hurry believe it comes from New Zealand then I suspect no one’s complaining. In fact, that’s partly the point of using the South-Island-by-association name.

The wine itself is perfectly pleasant – what do you expect for a fiver? – and looks the part too. These three things – price, label and taste – matter way more to most wine drinkers than where the wine comes from. In fact, when Copestick Murray did some consumer research for its I Heart brand, it found that origin was very low on respondents’ list of priorities. It finished eighth out of ten.

Like Phantom River Sauvignon Blanc, I Heart Pinot Grigio doesn’t come from the expected source. It’s Hungarian, rather than Italian, and it sells by the container load. It probably wouldn’t matter if it hailed from Albania, China or the moon. Nor is this an isolated example. Off-Piste Wines’ Most Wanted Malbec is now South African, hardly the variety’s home from home. Again, the people who buy it aren’t bothered. It’s what’s in the bottle, can or festival-going pouch that matters. As a three-and-a-half-star review on vivino.com put it: “Easy to drink. Nothing special, but equally not offensive. Nice back up wine.”

Sourcing wines from cheaper alternatives is nothing new – remember Bulgarian Cabernet Sauvignon and its appeal to claret drinkers – but I still think this is an important development for the wine trade. The increasingly global nature of our business – and the transparency of pricing, thanks to the internet – means that clean, consistent, inexpensive wine is effectively a commodity. The pressure on the mass market, made more intense by the emergence of the discounters and the supermarkets’ desire to compete with them, leaves suppliers with no choice. New Zealand Sauvignon Blanc doesn’t exist at £5 and nor, these days, does good Mendoza Malbec at £7.50. Inflation in Argentina has seen to that.

If “somewhereness”, as the wine writer Matt Kramer famously translated the French term “terroir”, is comparatively unimportant to many wine drinkers, particularly the millennials who are so important to the future of the wine business, what price appellations, sub-regions and single vineyards? Do consumers need them or want them?

Maybe the die-hards who opposed the creation of three new tiers of Rioja last year – zonal, village and “singular” – had a point. Rioja is a successful, albeit multi-faceted brand. Why confuse the people who drink it? A similar discussion has been going on in Montalcino for years and now appears to be shifting towards greater segmentation with the proposed introduction of sub-zones. They make sense to me, but to many Brunello drinkers, they will add a layer of complication rather than clarity.

The American winemaker Randall Grahm once divided the wine world into two halves: “vins d’effort” and “vins de terroir”. His theory was that the former were laborious to produce, whereas the latter were an expression of a place and, provided you didn’t ruin what nature had given you, easier to make. I think he has a point. Producing and sourcing mass market wines is much harder than many people imagine, especially if margins are tight. Inheriting a great vineyard, or making wine from one, is a gift from the gods of terroir.

Like most people at the more rarefied end of our business, I’m much more interested in bottles with an identifiable sense of place, that speak of nuance, of vintage variation, of soil type and tradition. But it’s important to recognise that we are in a minority. I’m in the process of buying a good bike and, once you start to take advice from cycling nuts, your head spins faster than a spoke on a steep downhill run. Knowing nothing, I’m floundering in an unfamiliar world of cranksets, shifters, derailleurs and q rings.

To many consumers, wine can be like that. To them, vins d’effort are nothing of the sort. As that vivino reviewer pointed out, “nothing special” will do nicely. Convincing them to aim higher – to buy a bike with a better spec – is missing the point.