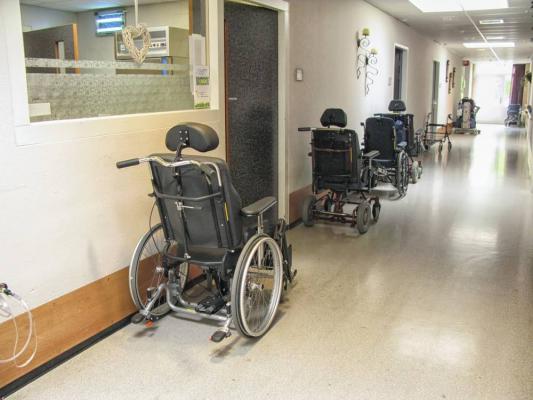 “You want to know what really drives me nuts?” Sam Euthanasia, World’s Oldest Wine Critic, tells me, “The whole place smells like pee. It’s like spending the day judging goddam supermarket New Zealand Sauvignon Blanc. And if I wanted to smell Band-Aid, I’d buy wines Neal Martin recommended. I’m old, but I can still smell, for Christ’s sake. I can’t remember what it is I’m smelling, but I can smell it. I’m turning into Laube.”

From the corner, Laube stares at us. The place is crawling with old wine critics. Which isn’t a surprise considering I’m visiting Sam in the Napa Valley Old Wine Critics Home, or, as it’s affectionately known, Copia for Dopia. Established in 2020, the Old Wine Critics Home is where the men and women who tirelessly doled out wine scores are allowed to live out their now pointless lives in comfort. Between these walls reside the people who molded the world’s opinions about wine, for better or worse. It’s the Wine Business Wax Museum, a Who’s Who of Hooey, pundits put out to pasture. They haven’t exactly gotten better with age.

Sam is 105 now. He was one of the first to move into the rest home. But they’re all here —Parker, Laube, Kramer, Robinson, Tanzer, Meadows, Jefford, Steiman, Olken, even Suckling. Asimov was here, but he wandered off one day babbling to himself. Eerily reminiscent of his old wine columns.

The Napa Valley Old Wine Critics Home was established when it became clear, early in the third decade of the 21st century, that there were an astonishing abundance of elderly wine critics working who, one day, would need to be housed. Most were so destitute that they continued to review wines long after their faculties had begun to wane. Reviewing wines with diminishing senses of smell and taste was easy for them and so they worked long past their prime. It was only the numbers that really mattered, after all, and they could all remember numbers. Except Suckling, who could only remember the five after 95. (Ask Suckling how old he is and he thunders, “I’m 99 on that!!” He’s 82. He even inflates his age.)

The descriptions they could write from memory, fooling themselves that they were still astute tasters, from the long habit of saying the same thing over and over. When it comes to wine, critics are like weather forecasters. We already know what they’re going to say, very little changes in that regard from season to season, we only really care about the number they come up with. Of course, the difference is, if a weatherman’s numbers are way off, we stop listening to him. When a wine critic’s numbers are wrong, we quote him in our marketing material.

Between them, the residents of the Napa Valley Old Wine Critics Home have rated hundreds of thousands of wines. I asked Sam what it was like to have been a powerful wine critic.

“If there’s a stupider job on the planet than wine critic, I can’t think of what it might be,” he told me. “Well, maybe mixologist. How is that even a job title? It’s like calling a waiter a cervixologist. Wine critic? All we did was put endless wines in our mouths and give them numbers. Think about that. What sense does that make? Imagine Einstein saying, ‘E = MC2, where E is Échezeaux, M is Money, and C is the rich cocksuckers who buy it all.’ OK, that makes some sense, actually.”

“All of us in here thought we were important. Look at Parker over there. He’s the only one who actually was important. Why? He ruined wine forever. That’s no small accomplishment. Before him, wine was romantic, full of mystery and hidden places. Parker comes along and all that’s over. He’s the Larry Flynt of wine. Flynt ruined the mystery and romance of sex by showing just how boring and redundant it is; Parker ruined wine the same way. Both men were seminal thinkers. Hell, all men are. It’s pretty much all we think about.”

Sam hasn’t lost any of his old fire. His body is giving up, but his brain is still holding everyone hostage.

The highlight of the day is the evening’s wine tasting. It isn’t hard for the management of the retirement home to get wineries to spend an hour or so pouring for their distinguished residents. Most feel it’s repaying an old debt. Were it not for the men and women here, many wineries would have been unable to sell their wine. That these old critics are incapacitated now doesn’t deter wineries — hell, it didn’t when they were still reviewing, why would it now? These critics were the kingmakers! They’ve gone from being wine’s American Idol to being wine’s American Idle.

The evening I visit Sam, it’s a successful Italian wine importer who has stopped by to taste the old folks on some wine. The evening gets off to an embarrassing beginning when Suckling immediately asks the importer to exhibit at one of his shows. Old habits die hard. The rest of the residents gather around to taste a bit of Chianti Classico, Brunello, and even a Sicilian wine or two. Like Proust and his madeleine, the wine seems to stimulate everyone’s memories. The old wine critics are telling stories, arguing about each wine’s quality, reminiscing about vintages from the distant past. I don’t hear a single number tossed about. I ask Sam why not.

“No one who knows anything at all about wine ever talks about numbers. Scores are a way of talking down to people, treating them like imbeciles or children. Like we teach kids to say they have to go number one or number two. We know better than anyone that scores are a gigantic pile of number two.”

“We love wine,” Sam tells me in a more subdued tone. “We devoted our lives to wine. It’s embarrassing that all most of us will be remembered for is assigning numbers to the thing we loved most in this world. Wine made us famous, but what we did was reduce it to numbers, to facile descriptors, to a game — who scores the most points? We knew it was wrong when we were doing it, but that didn’t stop us. Believe me, the gazzillionth time you give another wine 94 points, you know you’ve sold your soul to the devil. How could you not know? You can swear objectivity and integrity until the last wine writer takes her last all-expense-paid junket, but in the background you can hear Beelzebub and Mammon laughing their asses off.”

It’s eight, and the wine critics are heading off to bed. These men and women were my heroes growing up in the wine business. Now they’re awaiting their final scores. 94…97…83…will their final scores reflect some sort of divine rating of their lives and accomplishments? If so, it begs the question, does even God suffer from score inflation?