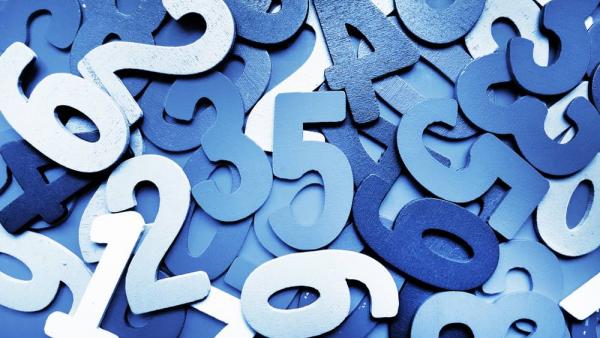 We are all men and women of the world, us. We know that wine is poetry in a bottle, a marriage of art and craft, its enjoyment the result of myriad quasi-random processes where the drinker and the circumstances are every bit as important as the liquid in the glass. The idea that this complexity, nay, magic, could be captured by something as prosaic as a number is, at best, laughable. We sneer at those Houston oilmen and Stuttgart surgeons running after Martin 95s and Galloni 97s. What simple souls.

But then, you are perusing the wine shelves on an airport Duty Free, fishing for a bottle from a region you don’t know well. You have maybe five minutes before you must start making your way to the gate. You’re faced with three similarly-priced labels, all of which vaguely ring a bell, but of which you had never had any. You could, of course, put your money on the romance your mouth usually spouts. But, your mobile phone is already connected on the airport wi-fi, and you can only bring one bottle. Is a random choice really the best use of thirty quid?

We are all atheists until the parachute fails to open.

The most discussed article in the wine world recently was probably Lisa Perrotti-Brown’s The Big Parkerization Lie. It’s a clever piece, making a case against the commonly accepted notion that in his prime Robert Parker influenced the winemaking style of some of the most prestigious regions in the world. There is a kernel of truth in Lisa’s argument. Indeed, one way to tell the story of that era is as the arrival in the global wine stage, not of Parker, but of the American consumer. This new palate, weaned on McDonald’s and Dr Pepper, showed natural affinity towards the bold, alcoholic reds that came to dominate. According to this narrative, Parker didn’t make this wave as much as rode it; less Moses and more Miki Dora [1]. More cleverly still, the piece seems to be signalling that, now the wind is blowing the other way, the post-Parker Wine Advocate will be more than happy to be carried with it accordingly [2].

There is, however, a big lie in the heart of The Big Parkerization Lie: the implicit assumption that the Dictatorship of Taste was solely about style. Instead, the true Parkerization of wine came in the form of The Score. There were, of course, ways to categorise wine before, and there have been others since. None, however, had the impact of the Parker points, and none had been defended so aggressively by its creator. The idea that all wines, of all styles, of all vintages, in all situations, could be scored with near-absolute precision was mostly new and its dominance is down to Parker [3]. Most importantly, all wines were assessed under the same system, one scale to rule them all [4]. The mechanics of that scale betray more about the intentions and thought process of its creator than anything else. Parker developed an uneven fifteen-point scale, with broad brushes on normal wines, and progressive hair-splitting on good and great ones. So far, so normal. Cunningly, however, he started counting at 85 [5]. Ask people to rate wine out of five, and anything above four is likely to be the good stuff. A Parker 80 though, is not wine so much, as grapes forgotten on the back of the fridge for a couple of months. This little trick achieved an impressive twofer: on the one hand, it ensured that no Parker score was too low to display on the store shelf; on the other, it made producers on the high end vie to be on the right side of that split hair. By controlling the medium, Parker controlled the message.

If Parker ever wanted to troll his British colleagues, get his own back a bit for the perma-raised eyebrow his approach seemed to bring out, he could get a friendly interviewer to ask him what he felt his greatest achievement had been. Then, he could put on his best Margaret Thatcher accent and respond “Jancis Robinson and Berry Bros. We forced our opponents to quote scores.” Indeed, it appears that today there is no viable business model, be it for critics or merchants, that abstains from some form of scoring [6]. The pseudo-democratisation promised by the digital onslaught threatens a new totalitarian score dystopia, as the emerging web players strive to wrestle control off the hands of professionals [7].

The obvious counterpoint, however, is that scores wouldn’t exist if they didn’t serve a purpose. In reality, they serve many: training tool, intellectual exercise, gossip opportunity. But all these are secondary to the main commercial service they provide. A numerical score is the quickest, most direct way to answer the question “which wine should I buy?” If you’re visiting this site, it’s almost certain you are seriously interested in wine and you know that there is no real answer to that question. You realise that the enjoyment you will get out of a bottle lies every bit as much on what you were after as on the bottle itself; the role of third parties is not to provide guidance but information. If you’re looking specifically for buying advice, you understand that what you should choose depends on a range of factors: the occasion, the company, the food; for all those, an isolated score says little.

There are many people, however, who are willing to fork out a more than decent amount for wine and what they are looking for is simply some external validation that this is “the best one”. For certain markets, they can be the most lucrative customer group. This, more than anything, explains the success and prevalence of scores. And sometimes they can also be useful to the rest of us, like when you are staring at an airport Duty Free shelf filled with bottles from a region you don’t know well.