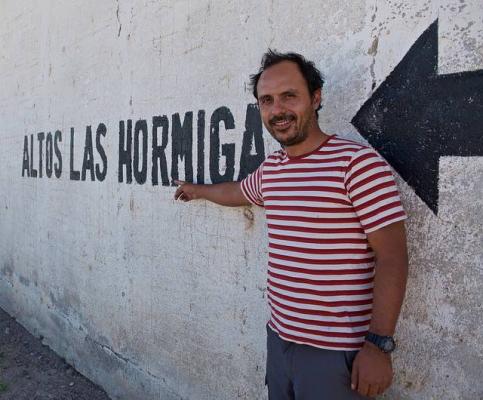 This year is the 200th anniversary of one of the key events in Latin American history. In January 1817, the Army of the Andes set off from Mendoza, determined to end Spanish rule on the other side of the mountains. At its head were an Argentinean, General José de San Martín, and an exiled Chilean, the wonderfully named Bernardo O’Higgins, who, after a brave and arduous crossing of the Cordillera, did indeed defeat their common imperial foe.

This moment of friendly collaboration between the two countries was not unique, but it remains unusual. Chile and Argentina are wary neighbours, a bit like the French and the Brits, always seeking to do the other down. Ask an Argentinean what he thinks of a Chilean and he’ll use words like “conservative”, “Germanic” and “serious”. Put the question in reverse and the Argentineans are described as “impulsive”, “untrustworthy” and “Italian”.

I used to feel the same way about these two contrasting nations. But having spent a total of six weeks in South America over the last few months – and written in-depth reports on both countries’ wine industries – I’ve begun to change my mind. Like the New and Old Worlds, they are moving closer together. Yes, Chileans tend to be a little more contemplative; yes, Argentineans like to party. But the division is not as clear-cut as people imagine.

In the wine industry, there’s a fair bit of collaboration between the two, although in terms of actual investment, it’s been one-way traffic until now, with Chilean companies such as Concha y Toro, Montes, Santa Carolina and Santa Rita all investing in Argentina, not to mention the all-Chilean team of winemaker, Leo Erazo (pictured above), and terroir specialist, Pedro Parra, at Altos Las Hormigas.

Chile and Argentina have different perceived USPs, which are partly the result of their respective climates. The former has access to the coldest ocean on the planet; the latter is dry and famously continental. So while Chile is known for Sauvignon Blanc, Carmenère and Cabernet Sauvignon, Argentina has Malbec (lots of Malbec), Bonarda and Torrontés.

And yet these divisions are beginning to crumble too. Argentina is now growing grapes close to the Atlantic Ocean in Chapadmalal, while Chile has established vineyards in Huasco in the Atacama Desert. You still won’t find a Chilean Torrontés or an Argentinean Carmenère, but try the Tinto de Rulo Malbec from Bío Bío or the Sauvignon Blanc from La Giostra del Vino in Mendoza and they could come from either country.

As Chile and Argentina have developed new vineyard areas, or redeveloped old ones in the case of Maule, Itata, Barreal and La Consulta, so their wines are becoming way less predictable and easy to tell apart. OK, Chilean reds tend to be mintier, while Argentinean ones are softer and riper, but that’s not always the case. Both countries are stretching their viticultural boundaries, heading higher into the Andes or further south in search of cooler climates.

Some of these vineyards are very youthful indeed. PerSe’s holdings in Gualtallary, at the northern end of the Uco Valley, haven’t yielded a commercial crop yet, while Viñedos de Alcohuaz’s plantings at the top of the Elqui Valley are less than a decade old. I predict that, in time, these two sites will produce some of the Southern Hemisphere’s greatest red wines.

The thing that really strikes you about the South American wine scene at the moment is the extent to which the best young producers speak the same language and are keen to taste each other’s wines. Chile may have a more developed natural wine scene – not always a boon, it must be said – but there is lots of common ground: earlier picking, less (or no) new oak, lower alcohol levels, whole bunch fermentation and a word that’s repeated like a mantra – balance. There’s also a lot of talk about South America’s Spanish heritage, about País/Criolla and Muscat/Torrontés, rather focusing exclusively on the French grapes that arrived in the19th century.

Even more importantly, all the best wineries are increasingly focused on their vineyards and how best to express them. When I first went to the region in the early 1990s, the idea that anyone would show me a soil pit was unthinkable. They’d rather have given me a tour of the bottling hall. But now, those “calicatas” are everywhere. The leading South American winemakers have accepted the old saw about great wine being made in the vineyard.

The biggest difference between Chile and Argentina is one of price. Both countries produce a lot of cheap vino, but the latter has a more established fine wine sector and can charge top dollars for its most prestigious reds. Argentina has a list of 20 or more so-called icon wines that sell well internationally; Chile has three or four at most. Chile’s image, by and large, is marooned in the bargain basement, largely because it has chosen to play the supermarkets’ game, while Argentina has focused its exports on independents and the on-trade.

Could the two nations work together to promote South America? They’ve already collaborated on projects such as The Beautiful South and Mercado Andino, but closer co-operation would surely be beneficial. In this year of all years, maybe it’s time to relaunch the Army of the Andes, but this time with wine.