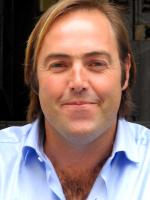 For anyone interested in South African wine, London has been as exciting a place to be as Cape Town over the last month. First we were treated to an audience with Eben Sadie, arguably the country’s finest winemaker, and a vertical tasting of his Columella red. Then last week we had a day of workshops organised by Wines of South Africa focusing on tomorrow’s stars. In their way, both were unmissable.

Sadie visited before the recent, sad events at his winery in Priorat (tanks were poured away and barrels contaminated with bleach by intruders), but they won’t stop him putting his vision of what wine should be into practice, either in Spain or South Africa. He may speak English with a heavy South African accent, but what he has to say is poetry to European ears. Sadie believes in elegance and balance, crafting wines with natural acidity and texture rather than power and oak.

More importantly, he believes that vineyard origin — that much abused French term “terroir — is crucial in defining wine style. “My winemaking has been the same since my first vintage in 2000. What’s changed is my understanding of the plants,” he says. The different vintages of Columella reflect the different growing seasons in the Swartland as well as the five soil types he draws fruit from. With the exception of the 2006 — a wine I’ve never enjoyed — the ten vintages were all very impressive. The good news is that the current release, the 2008, is the finest Columella yet.

At their best, Sadie’s wines are closer to Tuscany, Burgundy and the northern Rhône than to most South African reds. He picks two weeks before his neighbours, uses new oak sparingly and is obsessed with keeping his wines under 14% in alcohol. “If I have a choice when I make decisions,” he says, “I always go for freshness.”

Sadie isn’t the only winemaker doing exciting things in the Cape, although his wines have received the greatest international recognition. The WOSA workshops introduced (or reintroduced) us to Howard Booysen (Howard Booysen Wines), Donovan Rall (Rall), Peter-Allan Finlayson (Crystallum) and Johan Fourie (KWV), four young men who are helping to define the future of Cape wine.

Finlayson is producing Burgundian-style Chardonnay and Pinot Noir in Walker Bay, Booysen makes the Cape’s best medium dry Riesling as well as refreshing Cinsaut, Fourie is experimenting with Grenache Blanc while crafting Orchestra, a stylish Bordeaux blend, and Rall is one of the most thrilling talents to emerge since Sadie. His top white blend, Rall, combines Chenin Blanc, Chardonnay, Verdelho and Viognier to perfection. Shame there are only 1,800 bottles of it.

Here, too, the focus is on terroir. “Winemakers are starting to think vineyard to market place, rather than the other way round,” says Finlayson. “But we need to be more careful about what we plant where.” Rall added that the Cape has only realised 20% of its potential, which sounds conservative until you realise how under-developed areas like Elgin and the Swartland are.

Such a future will depend on a willingness to take risks, to make wines that Adi Badenhorst, another exceptional winemaker, half-jokingly calls “commercial suicide”. His own 2007 Family Red, a blend of Syrah, Grenache, Cinsaut and Mourvèdre aged in foudres, is a brilliant wine that wouldn’t look out of place in Châteaneuf-du-Pape. If that’s suicide, it’s painless.

Eben Sadie believes that South Africa, like most of the New World, has spent too much time focusing on the same five internationally grown grapes. He didn’t say what they were, but I think he meant Chardonnay, Sauvignon Blanc, Cabernet Sauvignon, Merlot and Syrah. This is a little harsh, given that the Cape makes first class wines from four of the five (Merlot being the odd one out) and that Columella is a blend of 95% Syrah with 5% Mourvèdre, but you sort of know what he means.

Even if you leave Pinotage out of the mix (and it’s a controversial grape, even in its homeland), South Africa should be shifting towards more “Mediterranean” varieties in all but its coolest climates. That means more Grenache, Mourvèdre, Cinsaut, Carignan, Tempranillo, Touriga Nacional, Roussanne, Marsanne, Viognier, Grenache Blanc and Vermentino, as well as renewed focus on Chenin Blanc. The last is not exactly Mediterranean, but it’s the Cape’s best white variety, partly because it retains acidity. Its role in some of the best white blends — the country’s trump card — is crucial, too.

Sadie’s other complaint, shared by Badenhorst I suspect, is that too many South African wines are mono-dimensional and don’t age particularly well. “People are obsessed with drinkability,” he says. “The tannins in Columella always have an edge to them. I like reserve in my wines.”

Maybe they are obsessed with fruit forward flavours, but that’s not necessarily a bad thing in wines aimed at the mass market. Further up the scale, South Africa is increasingly producing better balanced, more nuanced wines that express a sense of place. Here’s to the next 80 per cent.